in jdk 1.7 and before, the loop problem of HashMap in the case of concurrency will cause the cpu of the server to soar to 100%. In order to answer this doubt, let's learn how thread unsafe HashMap causes dead loop in the case of high concurrency. To explore the causes of HashMap dead loop, we need to start with the source code of HashMap, In this way, HashMap can be understood fundamentally. Before analysis, we should know that in JDK version 1.7 and before, HashMap adopts the data structure of array + linked list, while in jdk 1.8, it adopts the data structure of array + linked list + red black tree to further reduce the query loss caused by hash conflict.

Next, let's look at the addEntry method. The resize() expansion method called in it is the protagonist today

Next, let's enter the resize() method and uncover the transfer() method. This method is also the culprit of the dead cycle

Finally, let's take a closer look at the transfer() method

After the added elements reach the threshold value, expand the HashMap and use the realize method. When expanding the HashMap, a transfer() will be called to transfer the elements in the old HashMap. Therefore, the dead cycle problem we want to explore today occurs in this method. During element transfer, the transfer method will call the following four lines of code

Insert the element into the new HashMap. It seems that there is no problem with these four lines of code. The diagram of element transfer is as follows (without thread conflict) 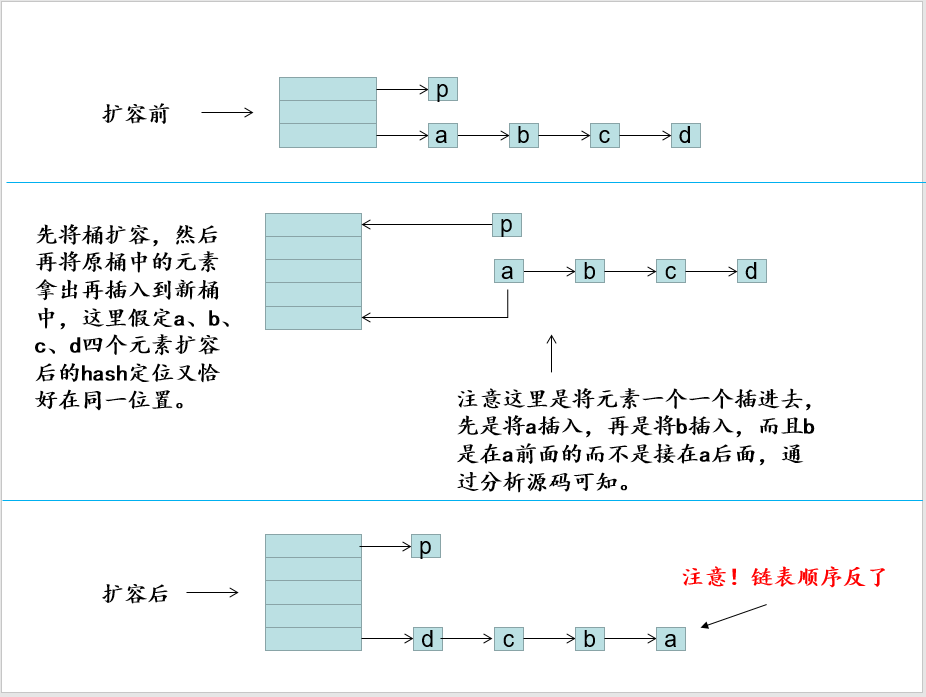 Then let threads A and B access my code at the same time. When thread A executes the following code 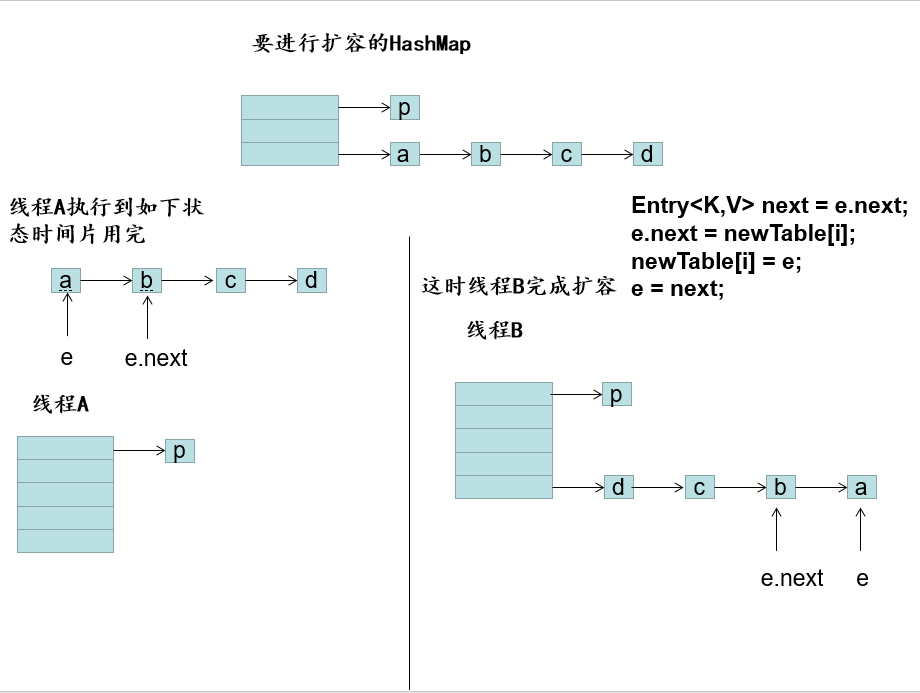 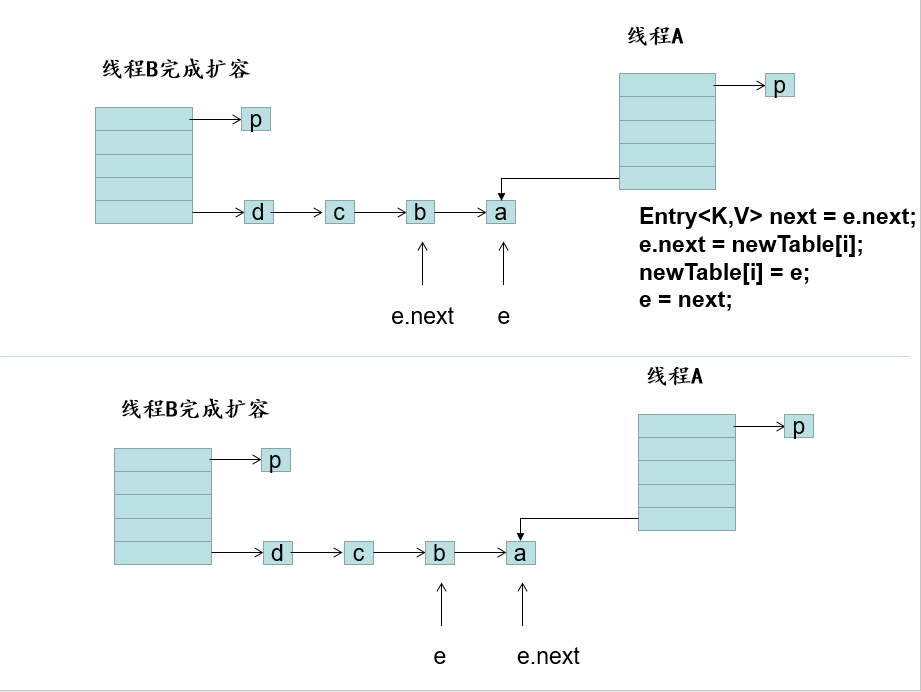 The code after execution is shown in the figure. When e = a, it will be executed at this time 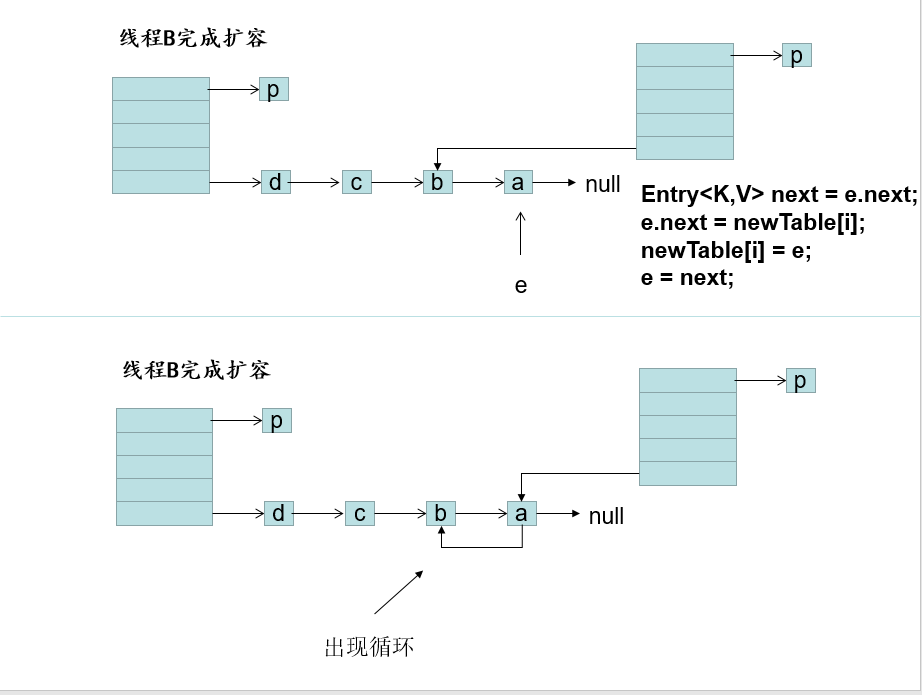 after a loop is generated in the linked list, when the get() method gets the elements and falls on the linked list of the loop, the thread will always traverse the loop and cannot jump out, resulting in a 100% surge in cpu!

In the case of multithreading, try not to use HashMap. Instead, use thread safe hash tables, such as ConcurrentHashMap, HashTable, Collections.synchronizedMap(). To avoid multithreading safety problems.

/Thank you for your support/

The above is all the content of this sharing. I hope it will help you_