Does anyone like me learn programming to make games? c + + is the mainstream development of the game industry, but pygame has simple syntax and simple logic. It is suitable for 2d game development. The quality of the game has nothing to do with the programming language used to write the game. I just want to complete what I wanted to do a long time ago.

Made GIF renderings, it doesn't seem to be very good, um ~, excuse me, excuse me

In short, we should use pygame to realize the attack, movement, resurrection, static action, etc. of the death Messenger, which can be regarded as the completion of the protagonist's debut~~~~
What about the enemy? I'll get ps and change the color

2, How to display windows with pygame

1.pygame is the main library.
2.pygame.locals includes some definitions of pygame, but we do not intend to use this library for the sake of code understanding.
3. The exit program will use the exit function of sys module or exit directly.

pygame only needs a few sentences of code to display the window and listen to events.
The code is as follows:

Here we will use pygame's display method, emmm and display function. The main function must be to display the window. I don't need to say more.

The implementation principle of pygame game is to create pictures and move pictures through the processing of mouse and keyboard events. This process certainly needs to constantly refresh the screen, that is, while True loop

You can see that all events are obtained through pygame.event.get(), including, of course, the movement of the mouse, whether the mouse button is pressed, and each key on the keyboard. If you do not handle the event, you will not be able to exit without any operability.
The obtained event is traversed through the for loop. When the type of event is exit, close the program

if name = = 'main': is it troublesome to write this string of code? I'll tell you quietly. Just hit main and enter. Equivalent to the population of a main program, and then just create the main class!

Some ideas of object-oriented

The data.py code is as follows:

Many ideas are about bug s encountered when writing games. Writing code is like building a house. If you think more in the early stage, you can go further. Save some public resources in the variables of py file for easy calling. Many of them are my own ideas. I can refer to them. After all, I'm just a cute new person 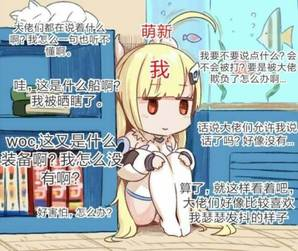 The code hasn't been written yet, so it won't be sent. I hope you can give me suggestions on how to play and operate the game~~~~ Persistent baldness~~~~
All picture links
Extraction code: 57mk