As mentioned before, the main function of collections in Java is to hold other data and implement common data structures. So when we want to use common data structures such as "stack", "Queue", "linked list" and "array", we should think that we can directly use the Collection framework provided by JDK. For example, when we want to use queues, we should think about using LinkedList and ArrayDeque. This blog will introduce queues in the Collection framework. 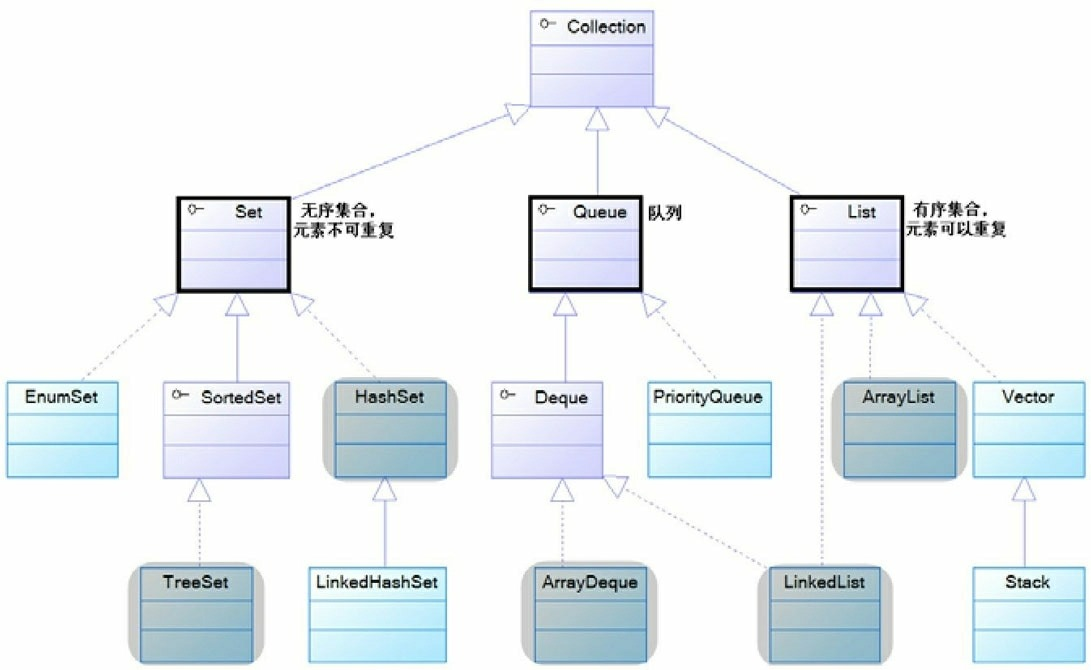 The Queue interface inherits the Collection interface, so all the methods of Collection are included in the implementation class of Queue, and there is also a sub interface Dqueue, which represents a two-end Queue. For Queue, we mainly master ArrayDeque and LinkedList, and understand priority Queue.

Queue is also an interface defined in the Java Collection framework, which directly inherits from the Collection interface. In addition to the basic Collection interface that specifies test operations, the queue interface also defines a set of special operations for queues. In general, queue manages its elements in a first in, first out (FIFO) fashion, with the exception of priority queues.

ArrayDeque is a concrete implementation of Deque interface, which depends on variable array. ArrayDeque has no capacity limit and can be expanded automatically according to the demand. ArrayDeque does not support null valued elements.

The specific features of LinkedList have been introduced in the previous blog, and will not be re introduced here.

Queue can be used as a queue to implement FIFO operations, mainly providing the following operations

Deque interface is a two terminal queue, which can operate on the head and tail of the queue, so it can also be used as a stack.

ArrayDeque is an array based implementation of Deque.

In the storage process, there is an interesting algorithm here, which is the tail calculation formula (tail = (tail+1) & (elements. Length - 1)). Note that the storage here is in the form of circular queue, that is, when the tail reaches the last capacity, the tail is equal to 0, otherwise the tail value is tail+1.

The following figure is the schematic diagram of capacity expansion 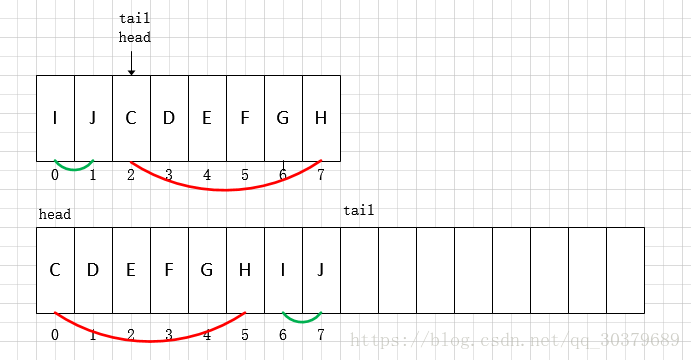 So if we want to use the data structure of "queue" and "stack" in our program, we should first think of LinkedList and ArrayDeque. I don't think the performance of the two is much different when used as a queue or a stack, but ArrayDeque needs to be expanded and continuous memory space needs to be applied, so I prefer LinkedList. I don't know if my understanding is correct.