Object: everything is an object
Class: a class is an abstract collection of objects with the same properties and behavior
Instance: an object is an instance of a class 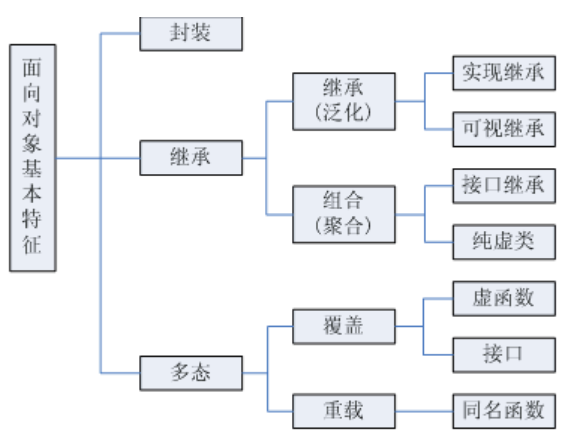 Encapsulation can hide the implementation details and make the code modular; Inheritance can extend existing code modules, both for code reuse, and polymorphism for another purpose - Interface reuse.

1.1 difference between Class 1 and structure

A structure can define a type, and a class is also a type. The similarities and differences between that class and a structure are as follows:

Encapsulation for information hiding, using abstract data types to encapsulate data and data-based operations, hide some internal details as much as possible, and only retain some external interfaces to make them contact with the outside. Data encapsulation, method encapsulation.
When new() is constructed, it does not need to return a value, and the function will implicitly return the instantiated object pointer.

Note: the variables defined in the class cannot be wire and reg, nor initial and always, that is, parts of the hardware world cannot be defined in the software world.
When new() is called, the system steps are as follows:
1. System development space;
2. Allocate the opened space to the variable and enter the new() function to initialize the variable
3. When exiting new(), return the handle of the current object
Note: when the new() function creates an object, it assigns an address to the object and initializes the variables in the class (the binary variable is 0 and the Quaternary variable is x).
System Verilog automatically reclaims space. When an object is no longer needed anywhere in the whole program, it will be "destroyed", that is, reclaim its space.
Variables declared in a class are dynamic (as opposed to module), but static variables can be declared with static.
To declare a pointer to an interface in a class, you must add virtual

Subclasses inherit all member methods and properties of the parent class, and can have their own characteristics. Implement inheritance through the keyword extends to solve the reusability of code.

3.2 difference between this and super

Class method -- that is, the internal task or function defined by the scope of the class

"One interface, multiple methods". The same operation acts on different objects, can have different interpretations and produce different execution results.