Write at the top

I wrote Concurrent HashMap before, whether 1.8 or 1.7, which involves locks Synchronized and ReentrantLock; the concept of locks is to solve thread security issues; so start writing from threads.
This article mainly writes about the implementation of Java threads and thread status, as well as the concept of context, there are some imperfections, will continue to check and fill omissions.

As you can probably see from the figure above, a java thread corresponds to a lightweight process (LWP), and a lightweight thread maps to a kernel thread (KLT). Threads are often referred to as lightweight processes. The java. lang. Thread instances that we create or operate on in our applications eventually map to the system's kernel threads. If you create an unrestricted instance of java.lang.Thread, it will affect the normal operation or crash of the system. 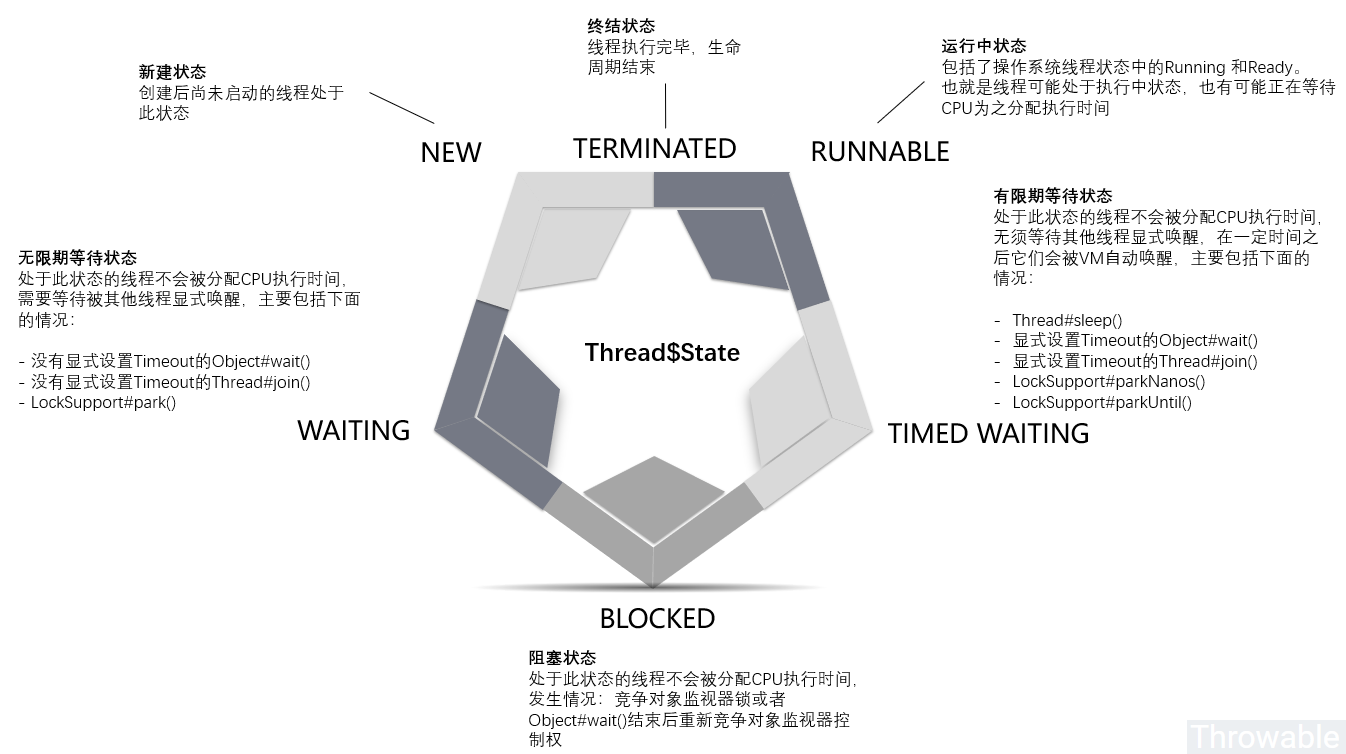 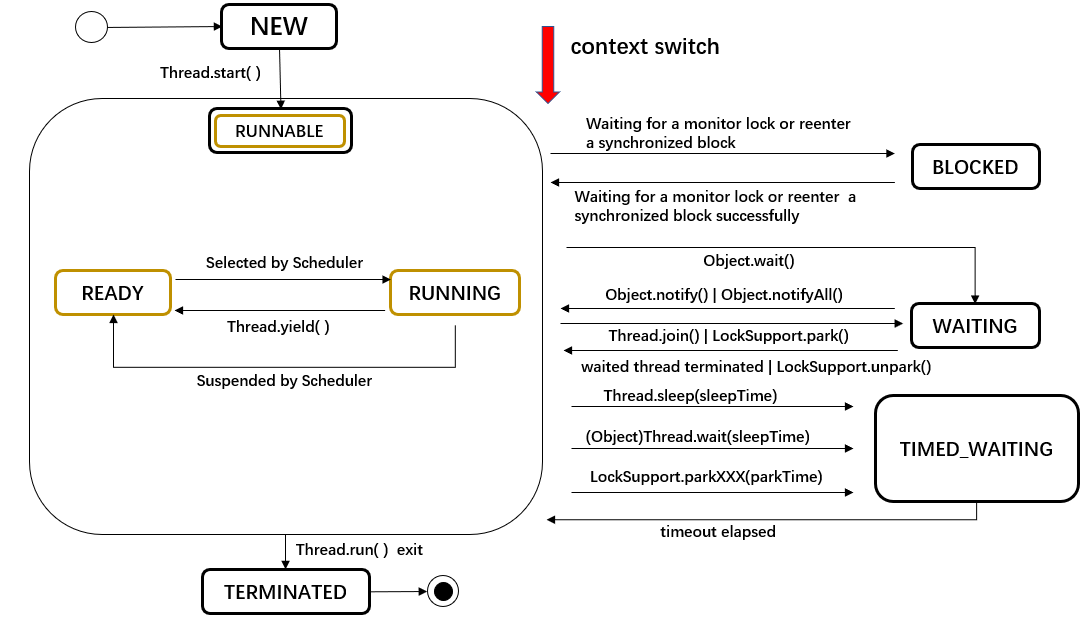 Threads are created in the NEW state before they are started.

After the thread calls the start method, it enters the RUNNABLE state. RUNNABLE has two sub-states, READY and RUNNING.

When the Thread.yeild() method is executed or due to thread scheduler scheduling, the thread state may change from RUNNING to READY. But the status returned using thread.getState() is still RUNNABLE.

This state is well explained in the source code, and the source document comments are placed directly.

This state indicates that a thread is blocking waiting to acquire a monitor lock.

The above two situations need to be explained in a more popular way:

The reason why a thread enters an indefinite waiting state is that one of the following methods is called:

Threads that call the above methods wait for another thread to process them, as follows:

CPU execution time is not allocated in WAITING state until wake-up is displayed. Thread state changes from WAITING to RUNNABLE and then continues execution.

The reason why a thread enters a finite waiting state is that one of the following methods is invoked:

CPU execution time is not allocated in TIMED WAITING state, but no wake-up is required in this state, and VM wakes up when the time-out is reached.

After the thread is executed, it will enter the TERMINATED state.

A thread can only be started once, and the Thread#run() method is called once to enter this state, proving the end of the thread life cycle.

The preservation and recovery of thread context information is called context switching.