1. Create based on existing mirrors

2. Create based on local templates

3. Create based on Dockerfile

2. The difference between ENTRYPOINT and CMD?

3. The difference between add and copy?

1. Create based on existing mirrors

(1) Start a mirror first and make changes in the container

(2) Then submit the modified container as a new image, which needs to be created using the ID number of the container

2. Create based on local templates

Mirrors can be generated by importing operating system template files, which can be downloaded from OPENVZ open source projects at

Here I download the software directly to the root directory

3. Create based on Dockerfile

Union File System (UnionFS) is a hierarchical, lightweight, and high-performance file system that supports the submission of changes to the file system as a layer-by-layer overlay while mounting different directories to the same virtual file system. AUFS, OberlayFS, and Devicemapper are all UnionFS.
The Union file system is the basis of Docker mirroring. Mirrors can be inherited by layers, and based on the underlying mirror (without a parent), various specific application mirrors can be made.

Features: Load multiple file systems at once, but from the outside, you can only see one file system. Joint loading will overlay all the layers of the file system so that the final file system will contain all the underlying files and directories. The layer we see when we download is the Joint File System

Docker's mirror actually consists of a layer-by-layer file system, which is UnionFS

* At the bottom of the Docker image is bootfs, which is the same layer as our typical Linux/Unix system and contains boot loaders and kernels. When boot loading is complete, the entire kernel is in memory, and memory usage is transferred from bootfs to the kernel, which unloads bootfs.

rootfs, on top of bootfs. Contains standard directories and files such as / dev, /proc, /bin, /etc on typical Linux systems. rootfs are various operating system distributions such as Ubuntu, Centos, and so on.

You can understand that there was nothing in the kernel at first, and if you download debian with a command, a basic mirror will be added to the kernel.Installing another emacs will overlay the underlying image.Then install another apache,Then they overlay the images. Finally they look like a file system, a container's rootfs. In the Docker system, these roots are added.FS are called Docker's mirrors. However, at this point, each layer of rootfs is read-only, and we cannot operate on it at this time. When we create a container, that is, instantiate the Docker image, the system assigns an empty layer of read-write rootfs on top of one or more layer of read-only rootfs.

Rootfs are very small for a compact OS and only need to contain the most basic commands, tools, and libraries, because the underlying layer uses the host's kernel directly and only needs to provide rootfs itself. This shows that bootfs are basically consistent for different linux distributions.Rootfs differ, so different distributions can share bootfs.

The Docker image is a special file system that contains configuration parameters (such as anonymous volumes, environment variables, users, etc.) for the runtime as well as programs, libraries, resources, configuration files needed for the container to run. The image does not contain any dynamic data and its contents will not change after it is built.

* Customization of mirrors is essentially customizing the configurations and files that each layer adds. If we can write commands for each layer to modify, install, build, and manipulate into a script that builds and customizes mirrors, then the transparency and volume problems of mirroring will be solved. This script is Dockerfile

* Dockerfile is a text file that contains instructions, each of which builds a layer, so the content of each instruction is to describe how that layer should be built. With Dockerfile,When we need to customize our own extra requirements, we can simply add or modify instructions on Dockerfile.

Mirroring is not a single file, but consists of multiple layers. The container actually adds a layer of read and write to the top of the image. Any file changes made in the running container are written to this layer. If the container is deleted, the top layer of read and write is deleted and file changes are lost. Docker manages each layer of the image using Storage Driven.Container Layer Containing Readable and Writable Layers 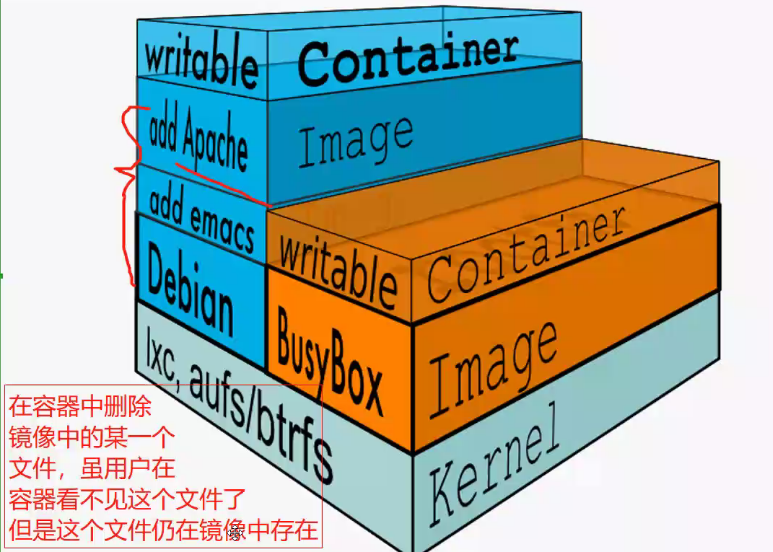 (1) Each instruction in the Dockerfile creates a new mirror layer;

(2) The mirror layer will be cached and reused:

(3) When the instructions of the Dockerfile are modified, the copied file changes, or the variables specified when the image is built are different, the corresponding mirror layer cache will fail:

(5) The mirror layer is immutable. If you add a file in one layer and delete it in the next layer, it will still be included in the mirror, except that the file is not visible in the Docker container

Specify the mirror on which the new image is based. The first instruction must be the FROM instruction, which is required for each image created.

Describe the maintainer information for the new mirror.

Execute commands on the mirror on which they are based and submit them to a new mirror.

Sets the first command to run when the container starts and its parameters.

You can use commands

To override the contents of the ENTRYPOINT instruction in the mirror.

Dockerfile can only have one CMD command for commands or scripts that are executed by default when starting the container. If multiple commands are specified, only the last command is executed.

If a command is specified in the dockerrun or if there is an ENTRYPOINT in the mirror, the cmd will be overwritten.

Copy the source file to the mirror, either in the same directory as the Dockerfile or in a URL

There are the following considerations:

If the destination path does not exist, it will be automatically created

If the target file is actually an existing directory, the source file will be copied to that directory. Note that in this case, it is best to end with/to avoid confusion

If the destination path is an existing directory, the docker will copy the files from the source path directory to that directory

4. If the source file is an archive (compressed file), the docker will automatically decompress it

The URL "download and decompression features cannot be used together. Any compressed file copied through the URL will not be decompressed automatically

Create a mount point in the container

Specify the user when running the container

When an ONBUILD directive is added to a Dockerfile, it has no material effect on the use of the Dockerfile to build mirrors (such as A mirrors)

When writing a Dockerfile, there are strict formats to follow:.

Finally, use CMD instructions to specify command actions to run when starting the container

2. The difference between ENTRYPOINT and CMD?

The main purpose of a CMD instruction is to set the default execution command of the container. Commands set by CMD are executed after entrypoint.

ENTRYPOINT, which indicates the command that the mirror needs to execute at initialization and cannot be overridden by overrides

CMD, which indicates default parameters for mirror operation and can be overridden by overrides

3. The difference between add and copy?

add and copy both have the ability to copy local files or directories to a mirror;

If there is a network error prompt 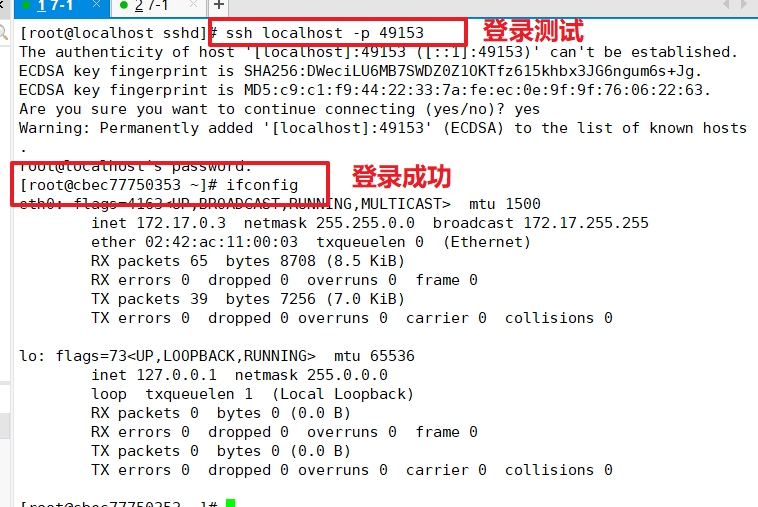 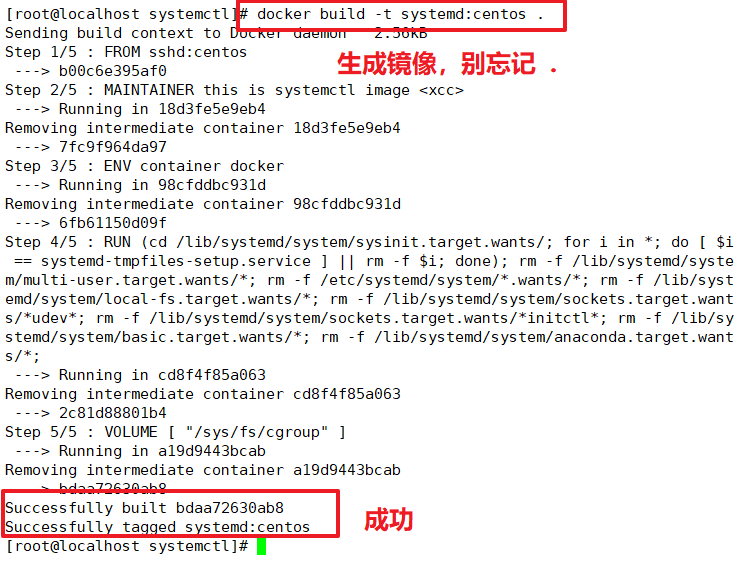 Check to see if launch was successful 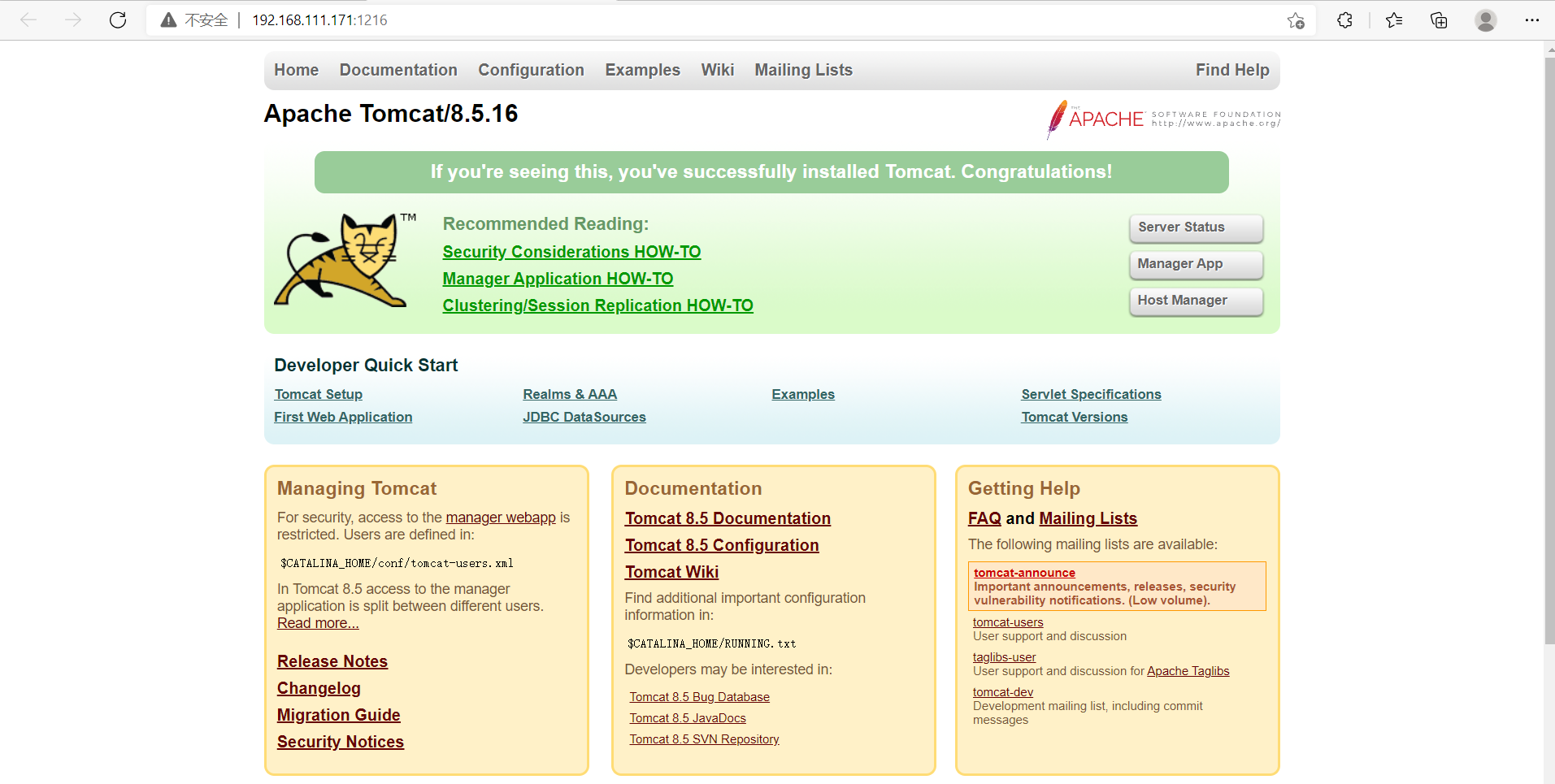 Edit the configuration file for mysql

Start the container and initialize it

Enter the container and authorize remote connection to mysql 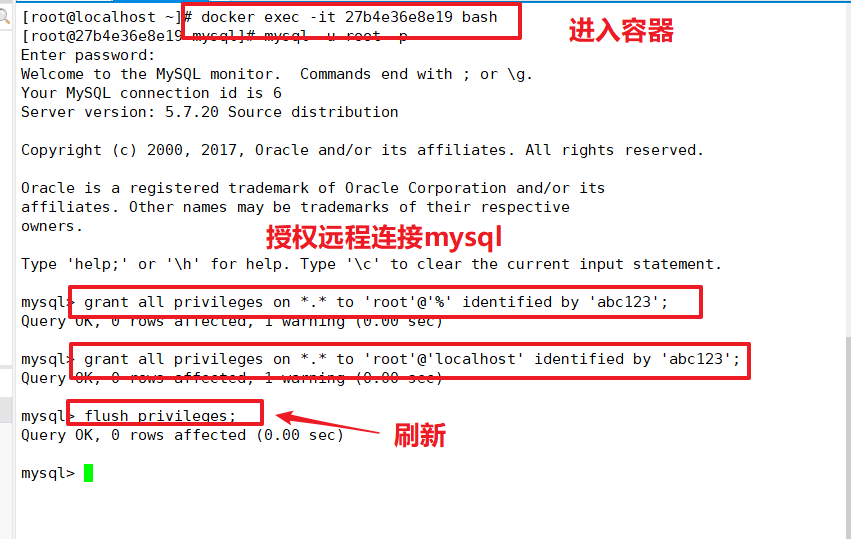 Connect mysql container on client side