Write the following to this file

The above commands are actually very simple. First, rely on the jdk8 environment, expose 8888, and then copy the blog_api.jar into the docker container and name it app.jar. Finally, execute the command java -jar /app.jar - spring.profiles.active=prod, using an online environment configuration we have written. Note: your back-end project may be named blog after packaging_ Api-1.0.0-snapshot.jar, please name it blog after uploading to the server_ Api.jar, which will be discussed later, can be omitted at present

The software and services we need include nginx, mysql, redis and our springboot project, so we write the following:

I explained the above meaning with notes. I hope I can make it clear! It should be noted that in nginx, we have mounted the html folder of nginx where static resources are placed and the configuration file nginx.conf, so we can place the packaged files in the host / root/nginx/html file directory

Note that I copied the application-prod.properties from application.properties. Please modify them according to my. This is the code God Road. It is recommended to see the video
Then let's look back at the application-prod.properties file. The link between MySQL and redis was still localhost before. Now we need to modify it into a call between containers. How do we know the link address of MySQL and redis? Docker compose helps us solve this problem. We can use the service name of the image container to represent the link. For example, the service name of MySQL in docker-compose.yml is called mysql, and redis is called redis.

3.4 prepare the mount directory and configuration of nginx

It has been mentioned in docker-compose.yml

The following figure is what I have established

Then write nginx.conf. The specific configuration is as follows
nginx.conf

No changes have been made to index.js
After modification, run npm run build to package the dist file. You can upload all files under the dist file to the / root/nginx/html directory. As shown below:

When everything is ready, we begin to arrange and deploy. First, we package our blog_api project 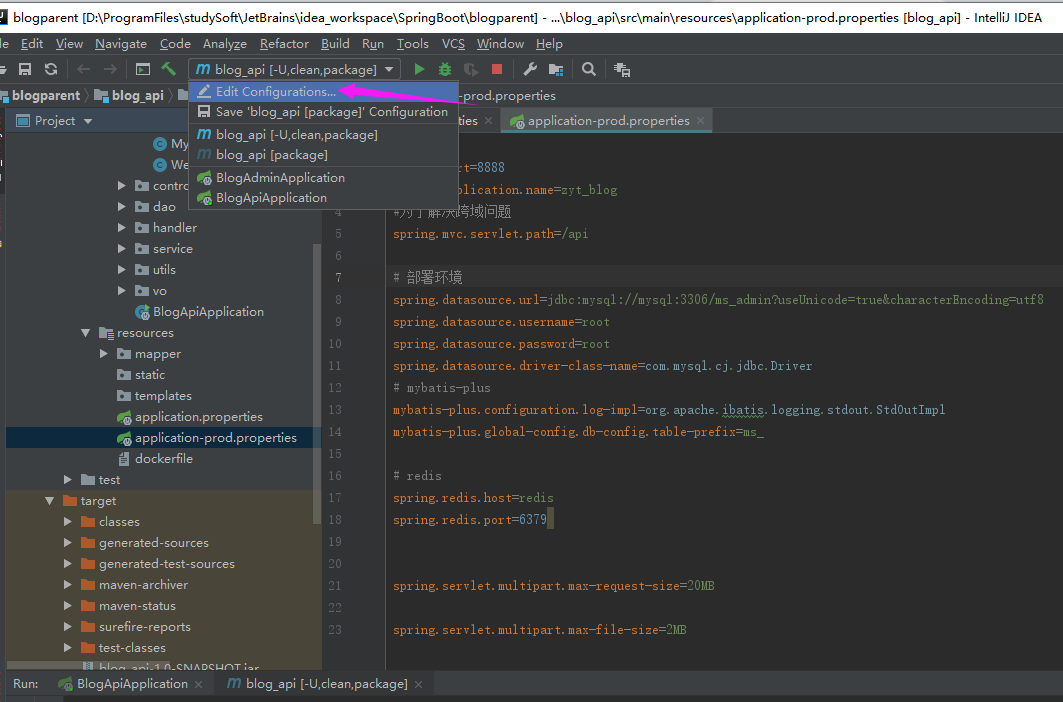 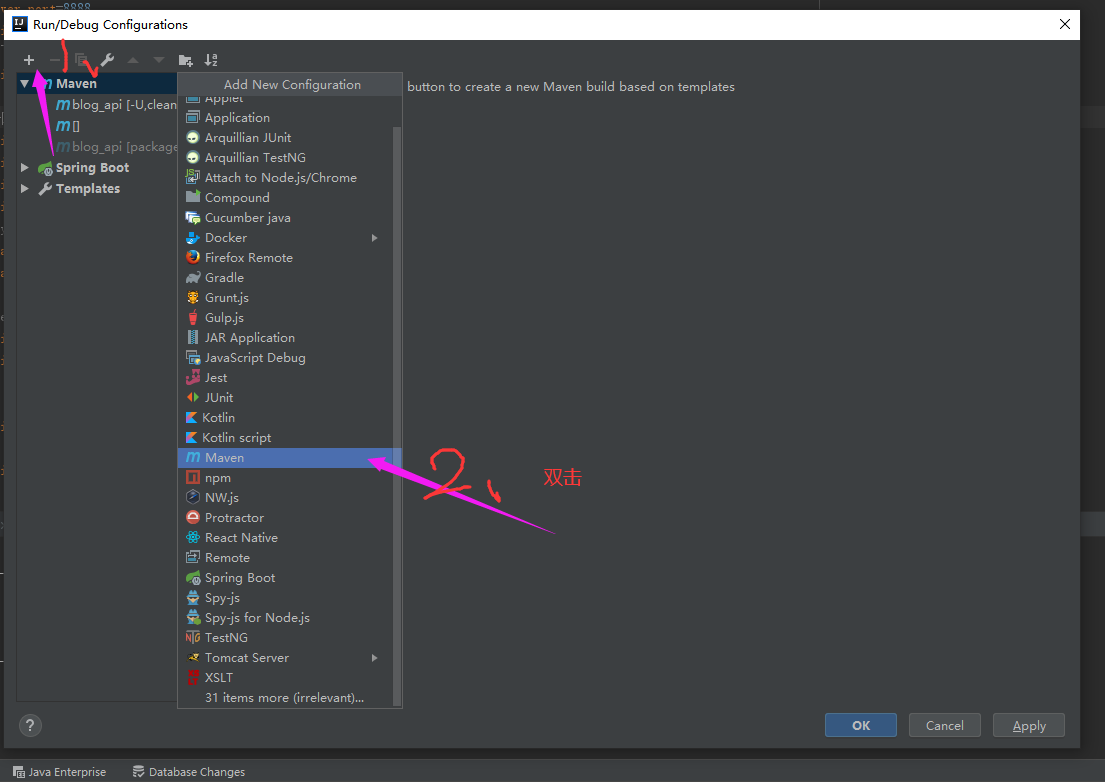 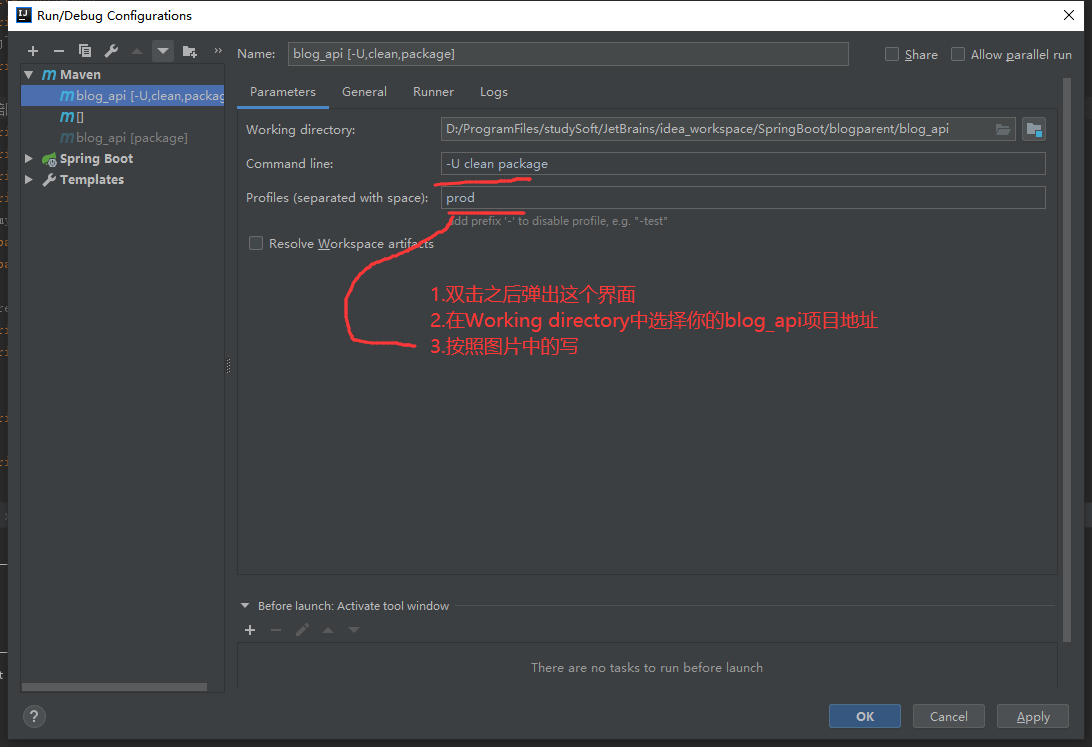 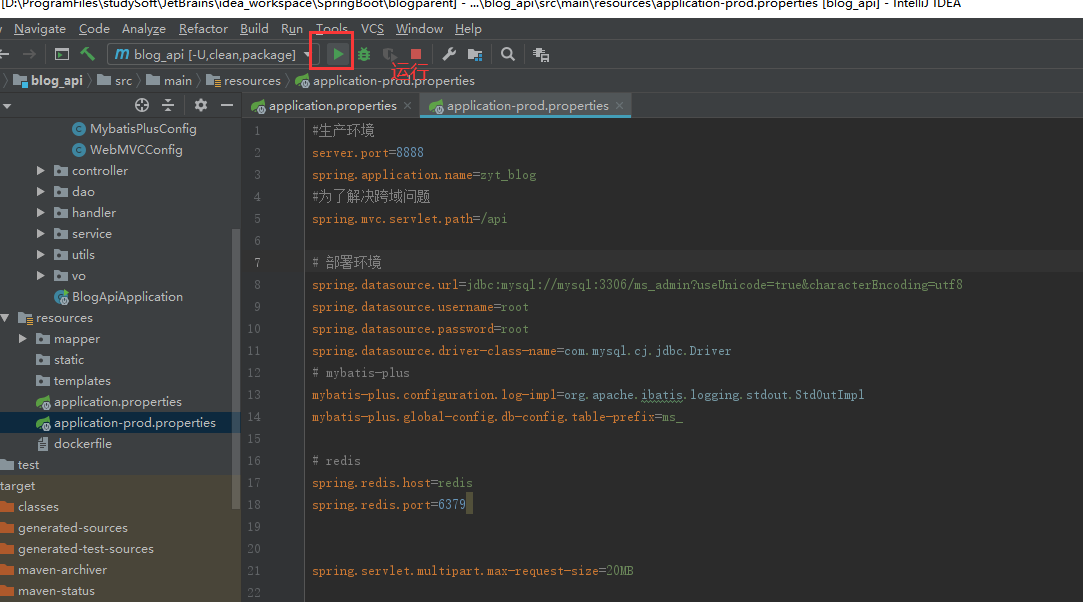 After running, the package is successful. You can see the packaged files in the target directory

The file directory after naming is shown in the figure below

Then execute the orchestration command:

The editing time may be a little slow. After the editing is successful, the prompt is as follows:

Use the command to monitor the logs of the vueblog image

So far, the deployment has been successful. In fact, you can use postman to test the login. It is found that the return is a system exception,

At this time, looking at the log information output by the server, it is found that the database is not found 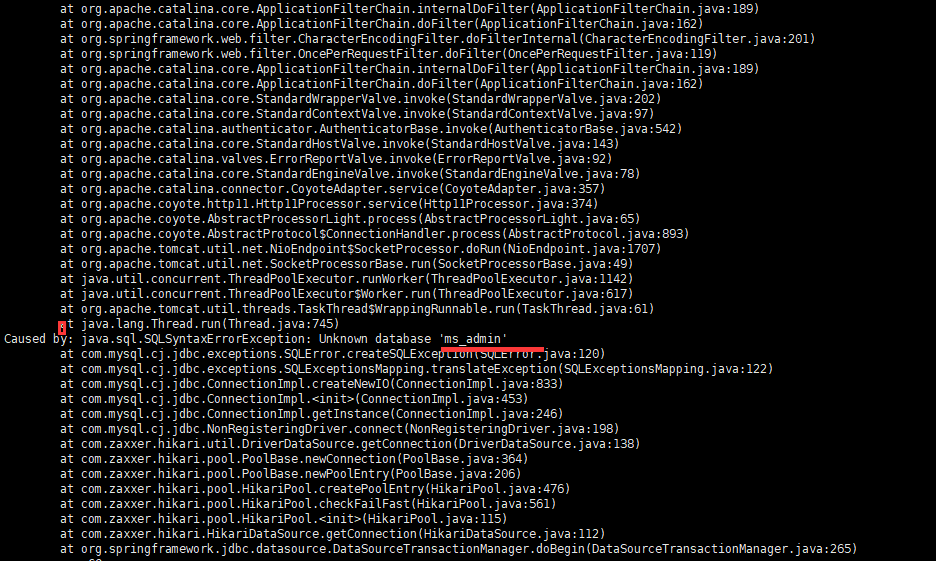 Then connect to the database remotely 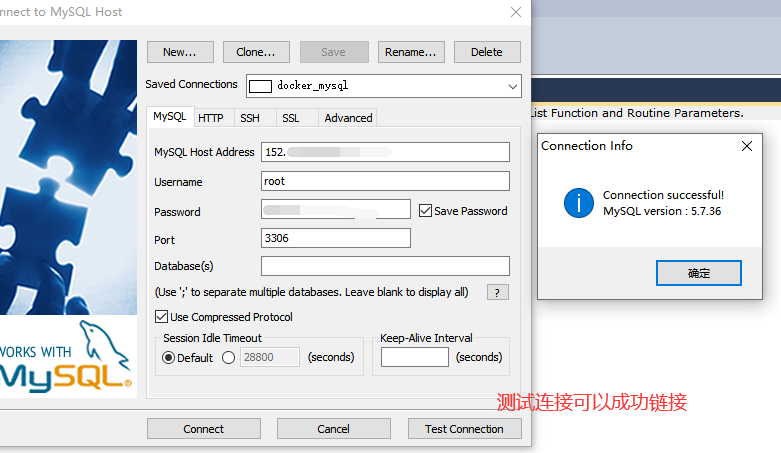 The sql file is imported into this database. After successful import, it is as follows: 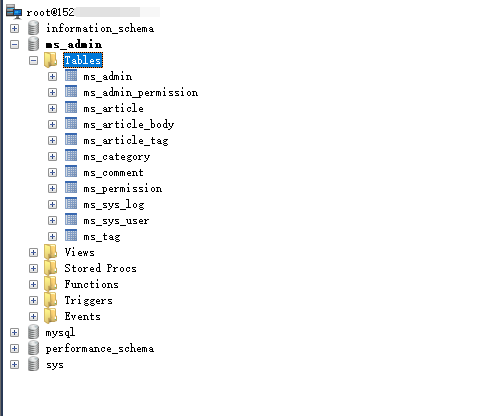 At this time, the postman test is being carried out, and the test results are shown in the figure:

Enter on the browser http://ip My interface is as follows: 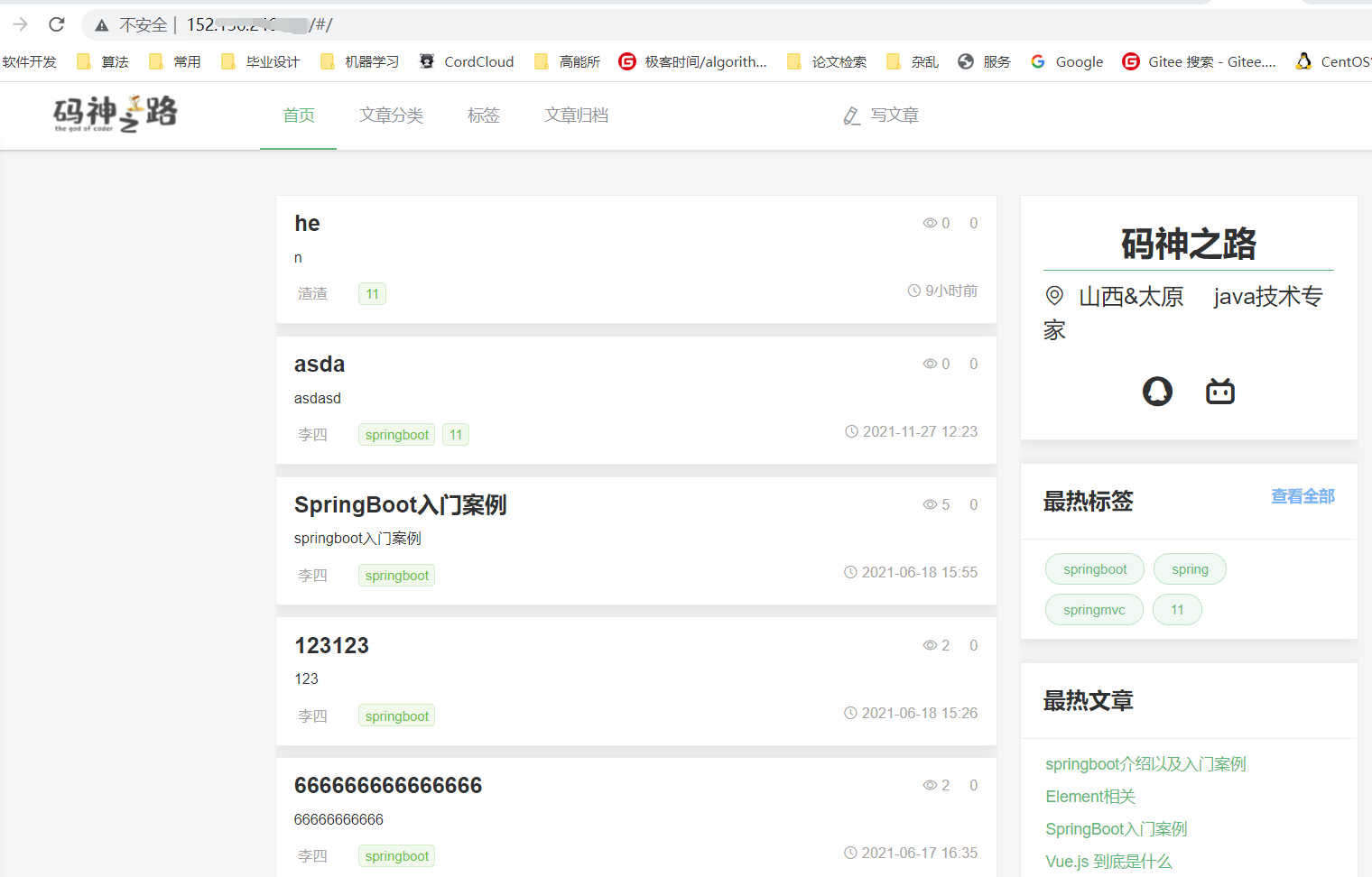