In the past work, we have built a technical platform using microservices, containerization and service choreography. In order to improve the R & D efficiency of the development team, we also provide a CICD platform to quickly deploy the code to the Openshift (enterprise class Kubernetes) cluster.

The first step of deployment is the containerization of the application. The delivery of continuous integration has changed from the previous jar package and webpack to the container image. Containerization packages the software code and all required components (libraries, frameworks and running environments), so that it can run consistently on any infrastructure in any environment and "isolate" from other applications.

Our code needs to be completed in the pipeline of CICD from source code to compilation to final runnable image and even deployment. Initially, we added three files to each code warehouse and also injected them into the new project through the project generator (similar to Spring Initializer):

These three files also need to evolve in the work. At first, when there are few projects (more than a dozen), our basic team can go to each code warehouse to maintain and upgrade. With the explosive growth of the project, the cost of maintenance is becoming higher and higher. We iterated on the CICD platform, removed "Jenkinsfile.groovy" and "manifest YAML" from the project, and retained the Dockerfile with few changes.

With the evolution of the platform, we need to consider decoupling the only "nail" Dockerfile from the code, and upgrade the Dockerfile if necessary. Therefore, after investigating buildpacks, we have today's article.

Docker automatically builds an image by reading the instructions in the dockerfile. Dockerfile is a text file that contains instructions that docker can execute to build images. We used it before Test Tekton's Java project Take Dockerfile of as an example:

You may have heard that the Docker image contains multiple layers. Each layer corresponds to each command in Dockerfile, such as RUN, COPY and ADD. Some specific instructions will create a new layer. During the image construction process, if some layers do not change, they will be obtained from the cache.

In the following build pack, image layering and cache are also used to speed up the construction of images.

BuildPack Is a program that can convert the source code into a container image and run in any cloud environment. Usually, buildpack encapsulates a single language ecological tool chain. Applicable to Java, Ruby, Go, NodeJs, Python, etc.

After some buildpacks are combined in order, the builder is added in addition to buildpacks life cycle And stack container mirroring.

The stack container image consists of two images: the image build image used to run the buildpack and the basic image run image used to build the application image. As shown in the figure above, it is the running environment in builder.

Check some specific files / data in the source code to determine whether the current buildpack is applicable. If applicable, it will enter the construction phase; Otherwise it will quit. For example:

During the construction phase, the following operations will be performed:

Get started with BuildPack

How to use builder pack to build an image without Dockerfile. After reading the above, we can basically understand that the core is in the preparation and use of buildpack.

In fact, there are many open source Buildpacks that can be used. There is no need to write them manually without specific customization. For example, the following major manufacturers open source and maintain Buildpacks:

However, before we formally introduce the open source buildpacks in detail, we still have a deep understanding of how buildpacks work by creating our own buildpacks. As for the test project, we still use it Test Tekton's Java project.

All the following contents have been submitted to Github On, you can access: https://github.com/addozhang/buildpacks-sample Get the relevant code.

The final directory buildpacks sample structure is as follows:

Each file is the default preliminary test data, which is of little use. Some contents need to be added:

Create build and run directories respectively in the stacks Directory:

Then use the following command to build two mirrors:

With buildpack and stack, you can create a Builder. First, create the builder.toml file and add the following contents:

Then execute the command. Note that here we use the -- pull policy if not present parameter, so we don't need to push the two images of the stack to the image warehouse:

With the builder, we can use the created builder to build the image.

The -- pull policy if not present parameter is also added here to use the local builder image:

If you see something like the following, it means that the image is successfully built (the first time you build an image may take a long time because you need to download maven dependency, and it will be very fast later. You can perform two verifications):

Start the container and you will see that the spring boot application starts normally:

In fact, there are many open source Buildpacks that can be used. There is no need to write them manually without specific customization. For example, the following major manufacturers open source and maintain Buildpacks:

The contents of the above buildpacks libraries are relatively comprehensive, and the implementation will be slightly different. For example, Heroku's execution phase uses Shell scripts, while Paketo uses Golang. The latter is highly scalable, supported by the Cloud Foundry foundation and has a full-time core development team sponsored by VMware. These small modular buildpacks can be combined and extended to use different scenarios.

Of course, it's still that sentence. Writing one by yourself will make it easier to understand the working mode of Buildpack.

The article is unified in the official account of the cloud. 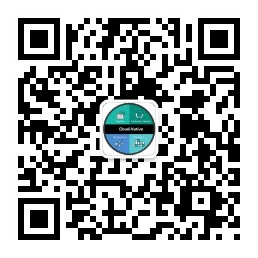