Write a simple game in golang

In the last article, I left some questions. Although I have added a setting "bomb", the location around the bomb is not passable, but the number of bombs is still too small, so it's a bit monotonous. If I want to enrich the game, I need to increase the number of bombs. There is a problem here. If the location of the bomb is random, the bomb may block the way and cause a dead end. The problem of how many bombs can be on the m × n canvas mentioned in the previous article is not very meaningful, such as the following figure: 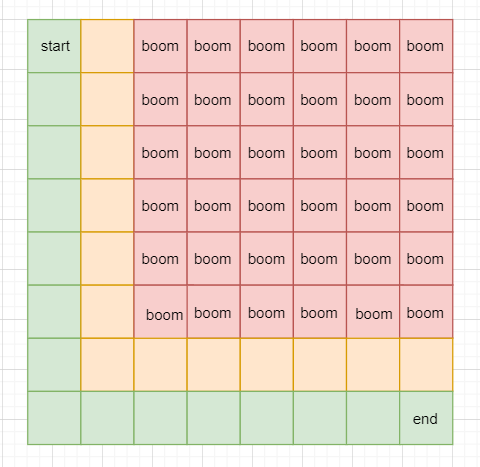 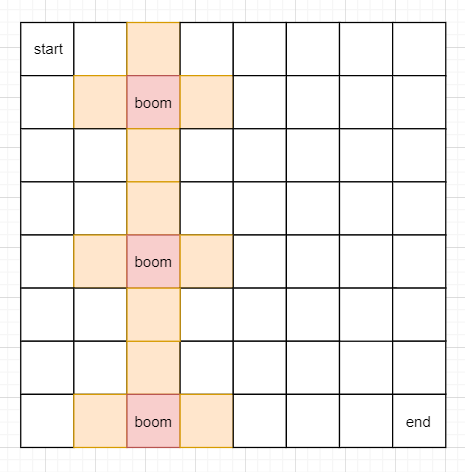 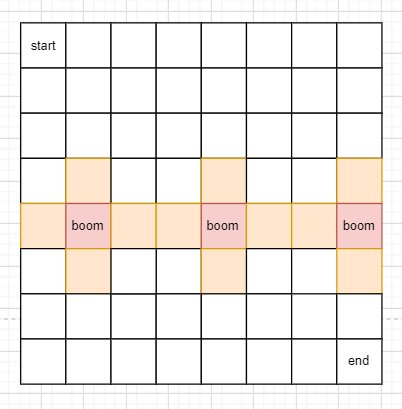 Let's describe the rule. Take the minimum min between m and n, min divided by 3. If it's divided by an integer, it's min/3. If there's a remainder, it's min/3+1. So as long as it is less than min, the bomb can be placed arbitrarily.

Change the code as follows:

There is a certain probability that there will be repeated bomb positions, but this is not a problem and can be ignored. Take a look at the actual renderings: 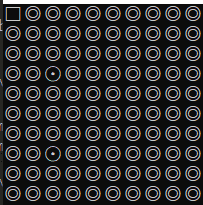 Well Some of them are unsatisfactory. Although the location of the bombs can be arbitrary, the number seems to be too small. There is no difficulty. There is no difference between one and two. It's not rich enough to pass without thinking. Keep this problem for the next article.

Welcome to my official account: onepunchgo, leave a message for me.