Students who have done layout performance optimization know that in order to optimize the interface loading speed, the layout level should be reduced as much as possible. This is mainly because the increase of layout level may lead to the exponential growth of measurement time.
Composition does not have this problem. It fundamentally solves the impact of layout level on layout performance: the composition interface allows only one measurement. This means that the measurement time increases linearly with the deepening of layout level
Now let's take a look at how Compose can do the work only once. This article mainly includes the following contents:

1. Why does too deep layout level affect performance?

We always say that too deep layout level will affect performance, so how does it affect? This is mainly because in some cases, the View Group will measure the child views multiple times
for instance

The above describes why repeated measurements occur, and what is the impact? However, if it is measured several times, will it have any significant impact on the performance?
The reason why we need to avoid too deep layout level is that its impact on performance is exponential 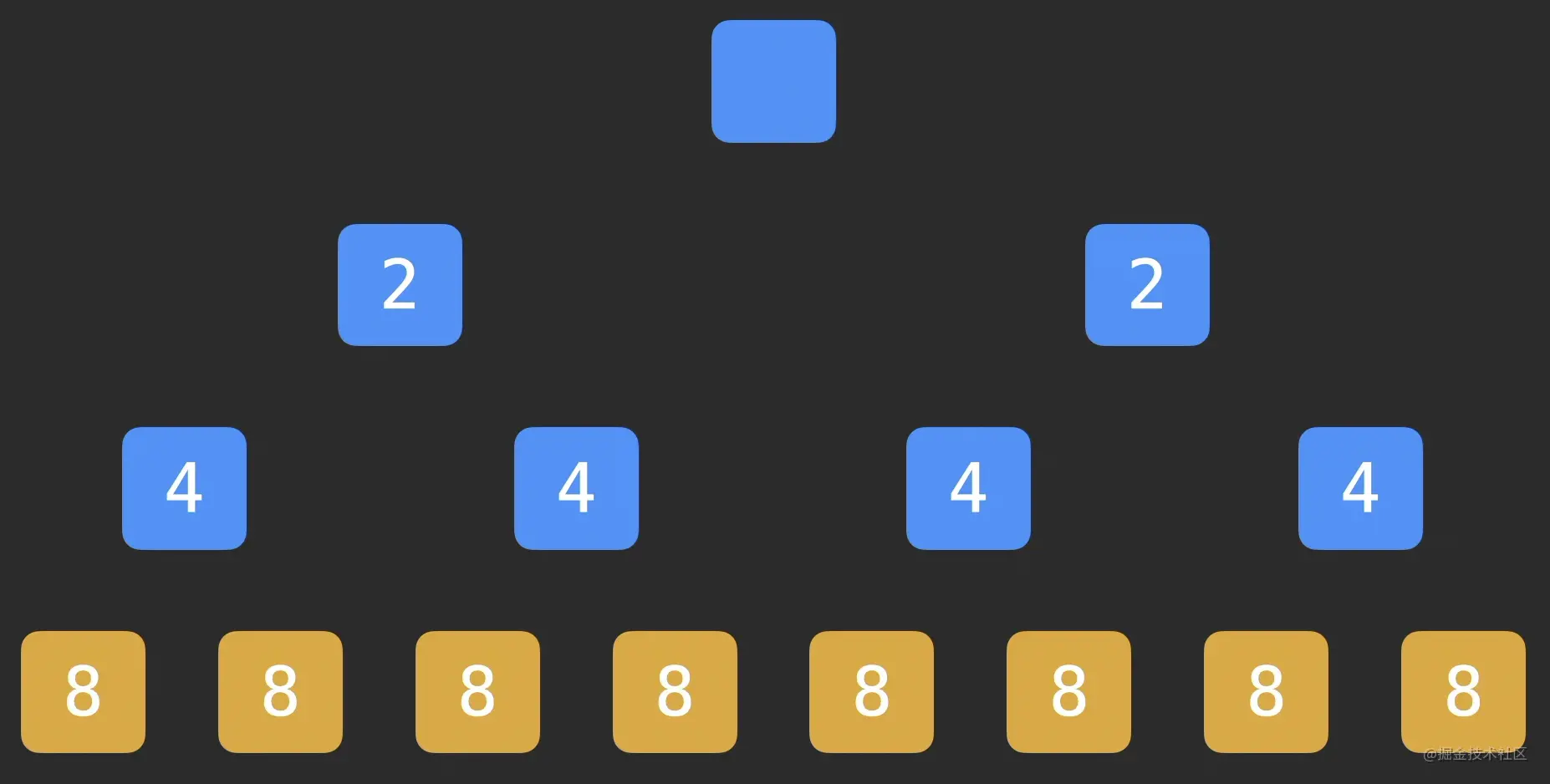 In other words, for systems that can do secondary measurement, the impact of level deepening on measurement time is exponential, which is why the official Android document suggests that we reduce the layout level

2. Why is there no layout nesting problem in compose?

We know that Compose only allows one measurement and does not allow repeated measurements.
If each parent component measures each child component only once, it directly means that each component in the interface will be measured only once 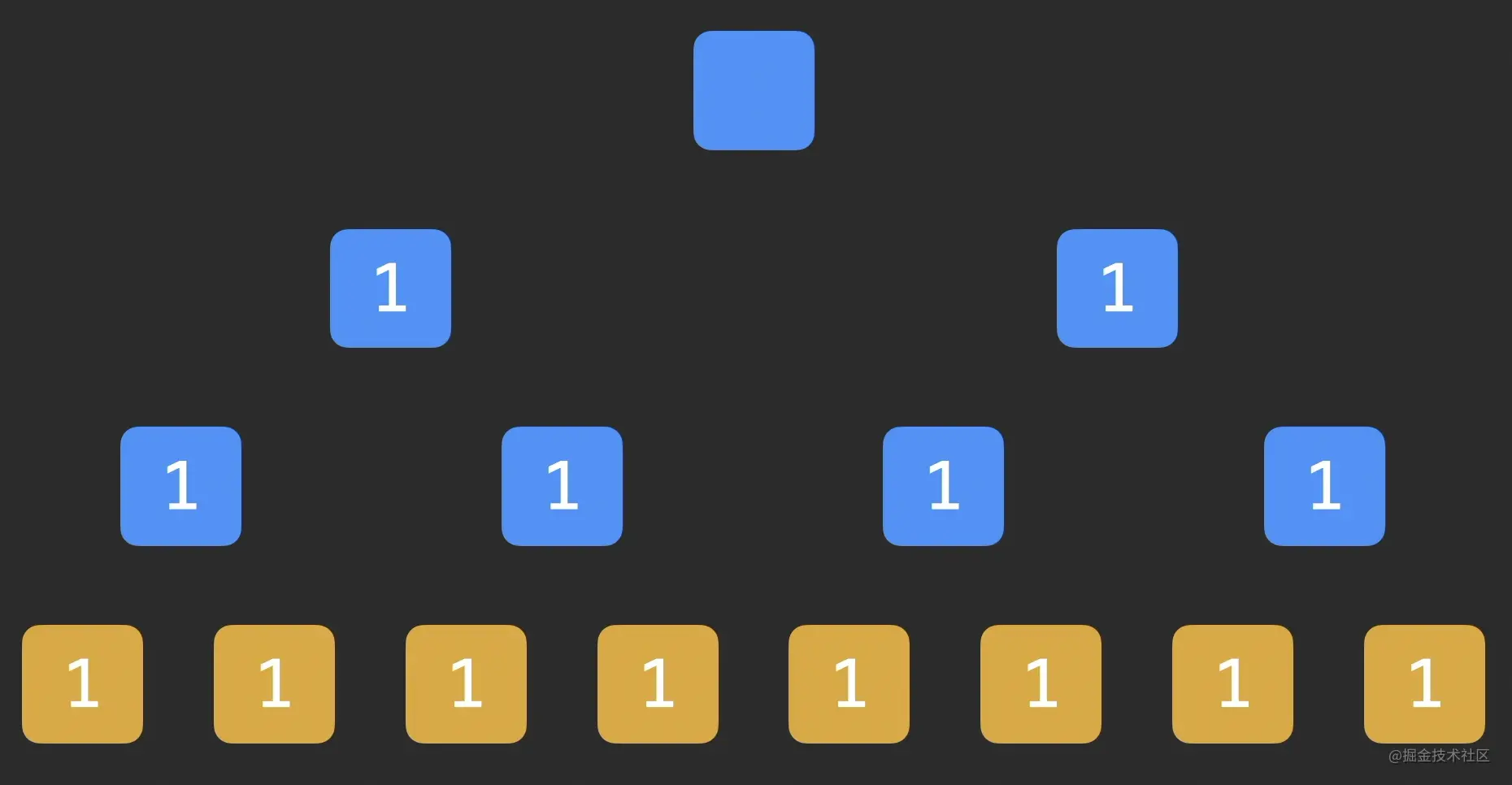 In this way, even if the layout level is deepened, the measurement time does not increase, and the time complexity of component loading is reduced from O(2 ⁿ) to O(n).

So the problem comes. We already know that multiple measurements are sometimes necessary, but why doesn't Compose need it?
Intrinsic measurement is introduced into Compose 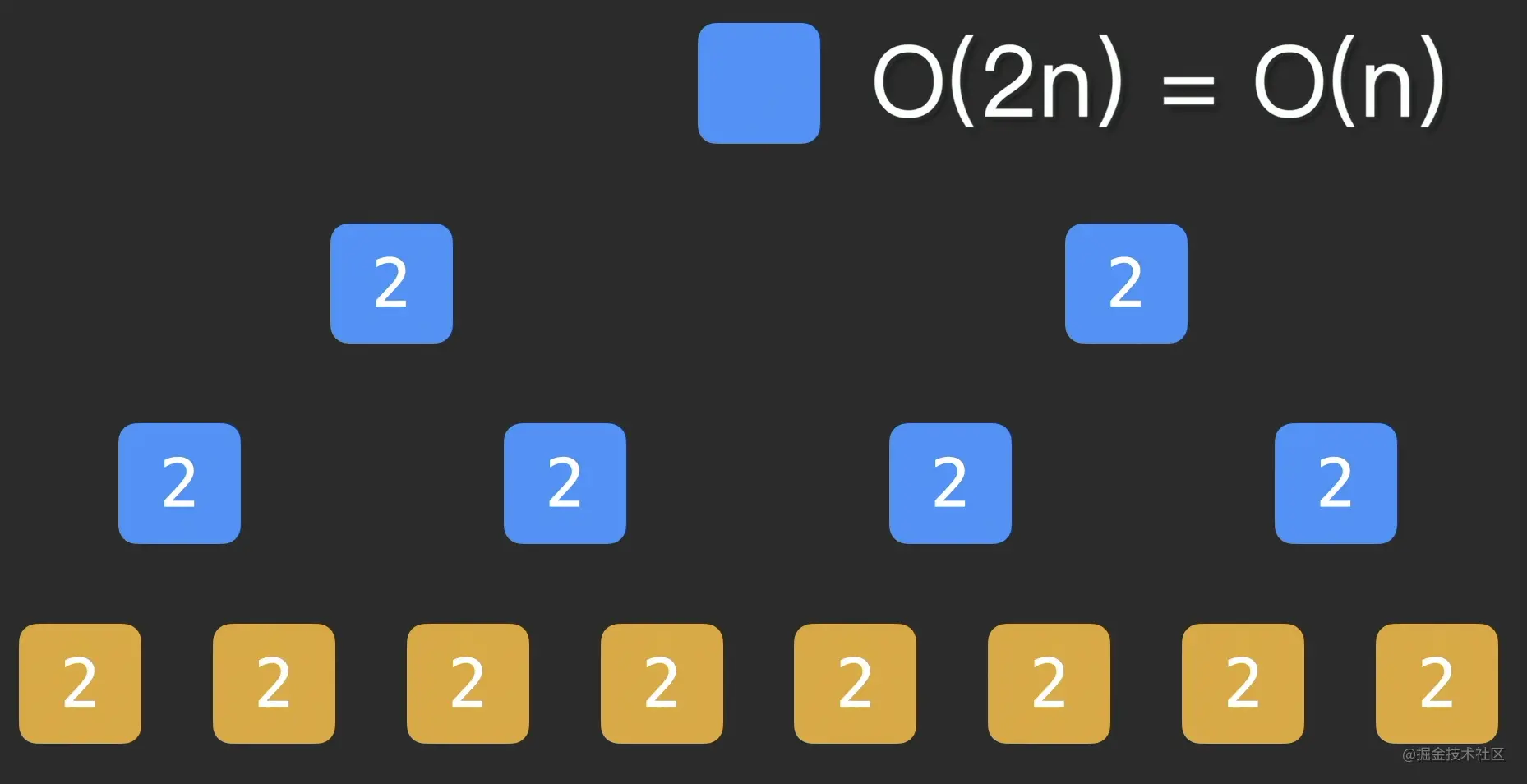 To sum up, writing interfaces in composition is crazy and nested, and the performance is the same as writing all components into the same layer! Therefore, composite has no layout nesting problem

2.1 measurement and use of inherent characteristics

Suppose we need to create a composable item that displays two text separated by a separator on the screen, as shown below:

What can we do to make the separator as high as the highest text?

As we know, in Compose, custom Layout is implemented through the Layout method

Three parameters are mainly passed in

There are mainly five interfaces in measurePolicy

It can be seen that:

For a simple example, we make a breakpoint in the measure method, as shown in the following figure: 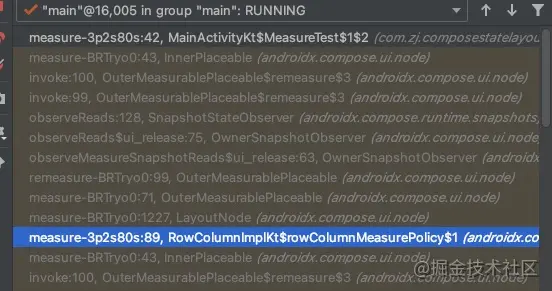 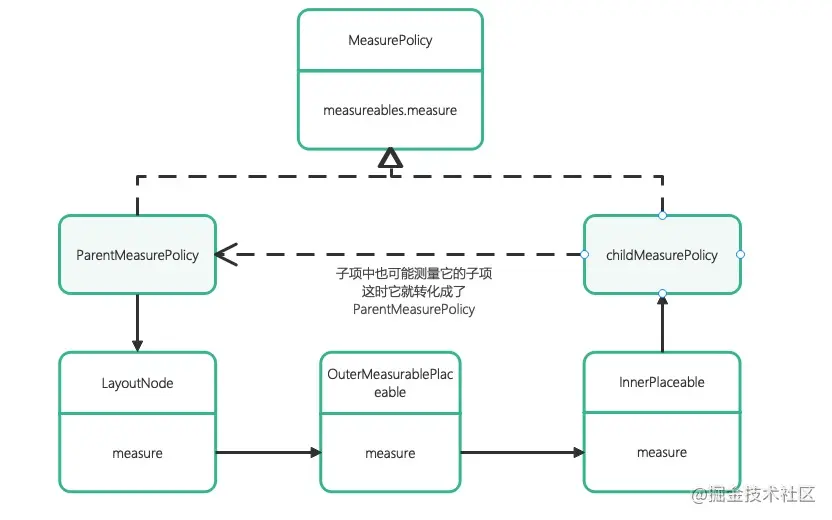 As we said above, the measurement entry is LayoutNode, and the subsequent measurement methods of outermeasurable placeable and innerplaceable need to be passed. Then the problem comes. How do these things come from?
Firstly, the conclusion is given

Due to space reasons, the first point will not be detailed here. Interested students can refer to: Jetpack Compose measurement process source code analysis
Here we mainly look at how the LayoutNodeWrapper chain is built

For example, if we set some modifier s for Layout:

The corresponding LayoutNodeWrapper chain is shown in the following figure 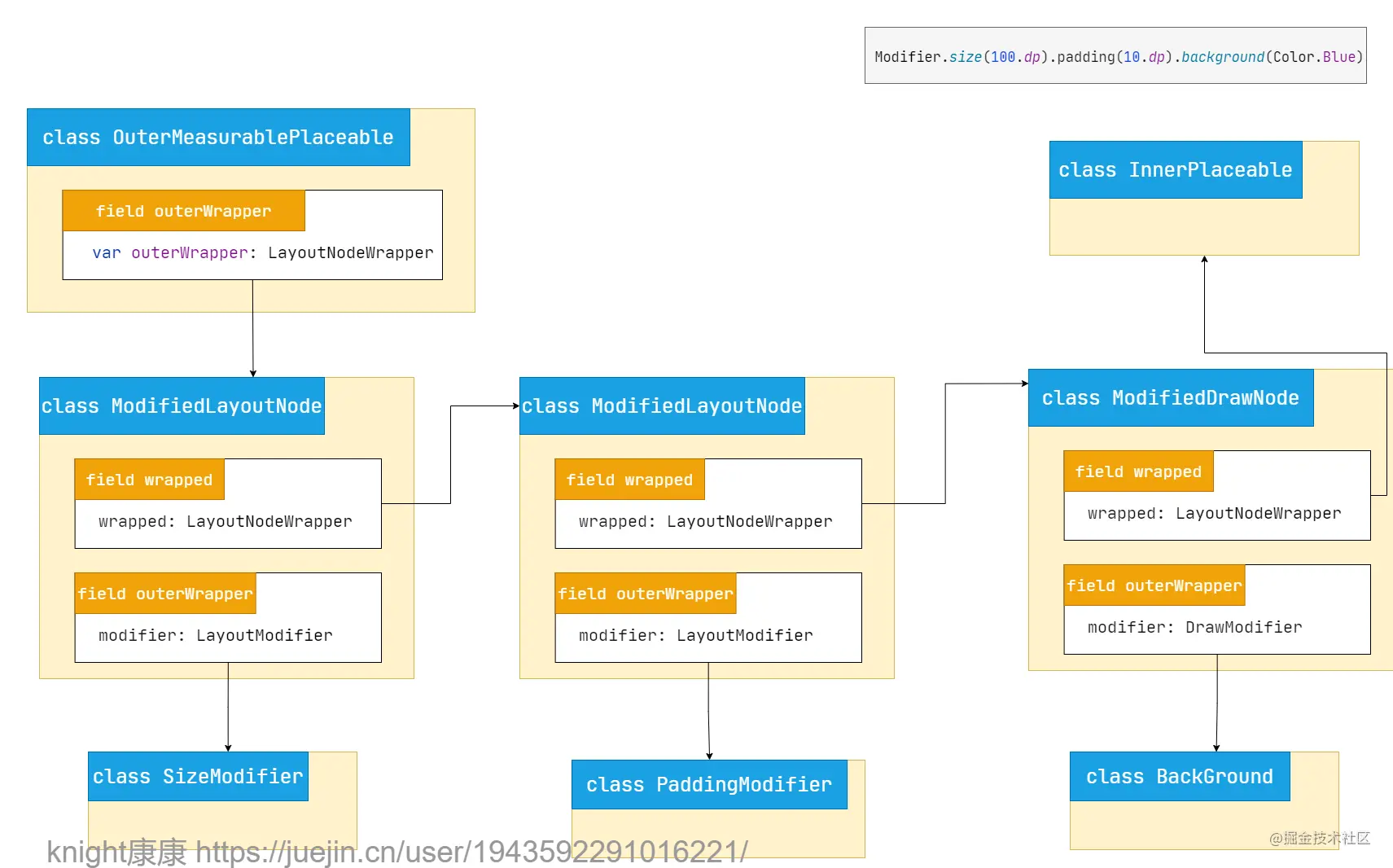 In this way, the next measure is called in a chain one by one until the last node InnerPlaceable
So where will InnerPlaceable be called? 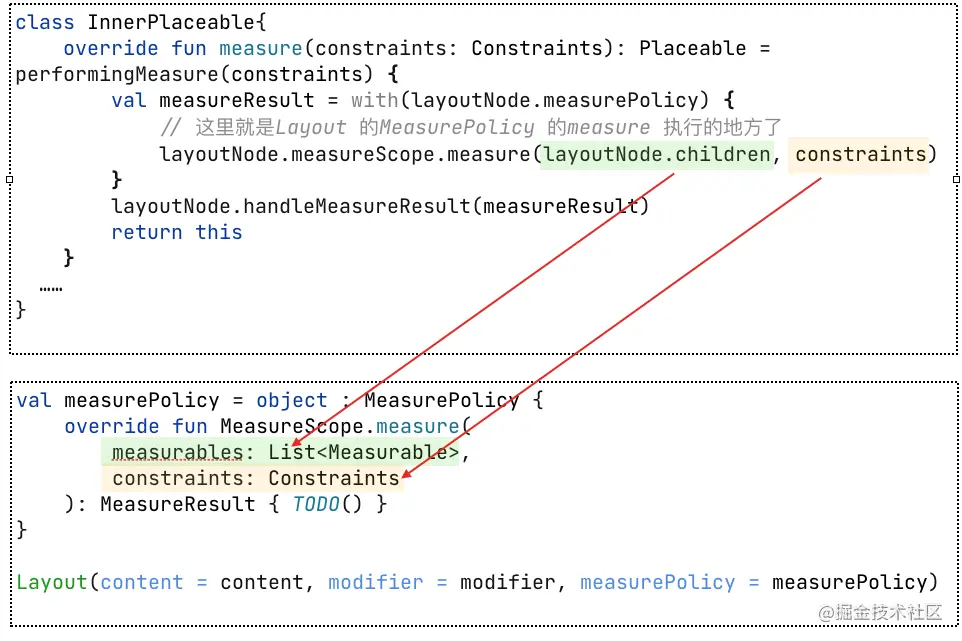 3.3 how is the inherent characteristic measurement realized?

Use the chart below to summarize the above process. 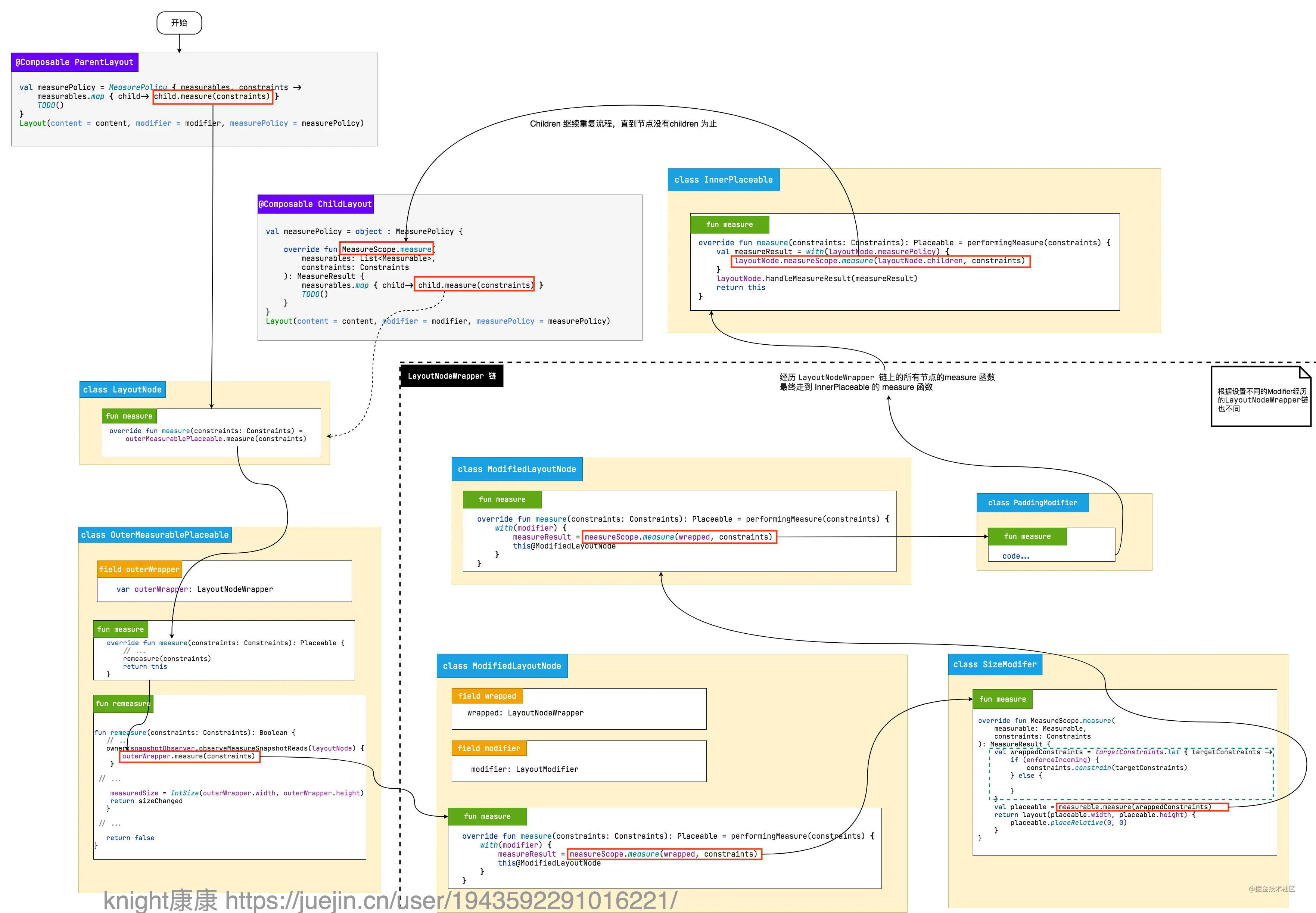