What is Huffman tree

The linked list, stack and queue mentioned earlier are linear storage structures, which are one-to-one relationships. Tree is a data structure with one to many relationship. For example, we often say that a class diagram in Wuhan, Hubei Province and Changsha, Hunan Province is similar to an inverted tree.

What is a tree

Tree is a kind of data structure, which is a finite set with hierarchical relationship composed of n nodes. 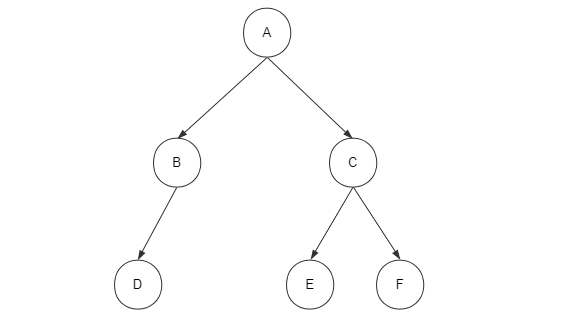 Degree of node: number of subtrees of node (subtrees of A are B and C)

Degree of tree: the maximum degree of all nodes in the tree (the degrees of tree A and tree C are both 2)

Height of tree: the maximum level of all nodes in the tree is the height of the tree

What is a binary tree

An ordered tree in which the degree of nodes in the tree does not exceed 2.

In a binary tree, except for leaf nodes, the degree of each node is 2, then the binary tree is a full binary tree. 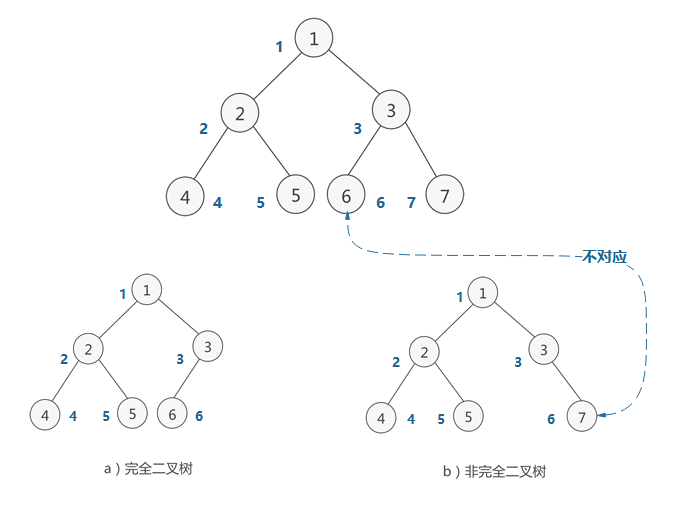 If a binary tree is given as follows:

What is Huffman tree

Construct a binary tree (each node is a leaf node and has its own weight). The weighted path length of the tree reaches the minimum, which is called the optimal binary tree, also known as Huffman tree

If you use 0 and 1 to represent the left and right branches, take out the above four characters with the highest frequency, and you can get the following tree:

As can be seen from the above figure, there are three possible situations for characters represented by 0100. Therefore, the distribution of the above nodes is ambiguous. How to avoid ambiguity? Just make each node a leaf node. 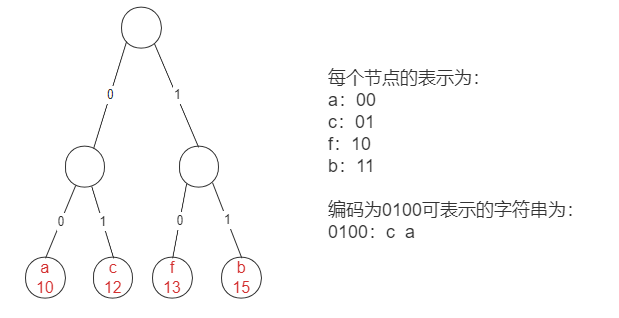 In the above way, we combine the above characters in pairs according to frequency, and they are leaf nodes. The final structure diagram is as follows: 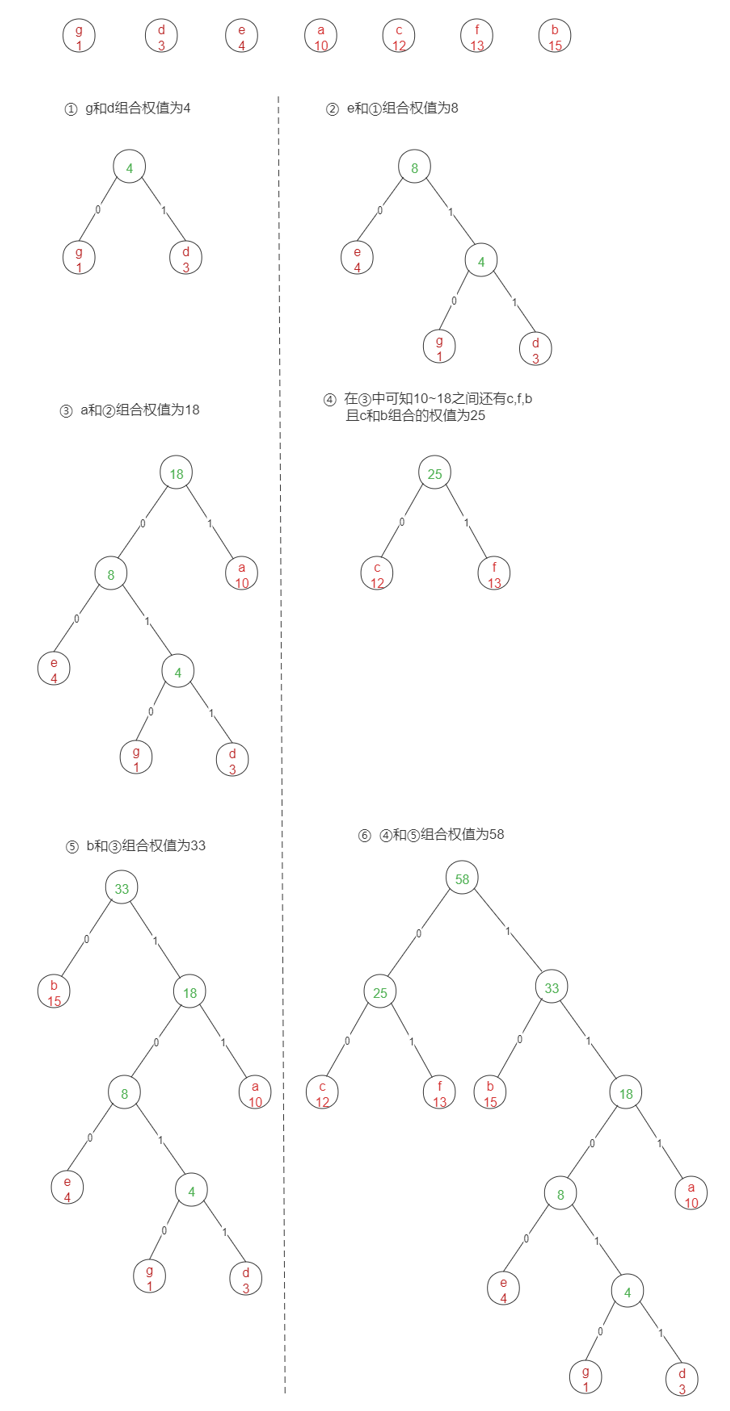 Therefore, we found that each node is a leaf node, and the last code of the character is:

Therefore, the encoding length is:

This chapter is mainly about the basic concept of tree and understanding the characteristics of common trees. Later, we will continue to talk about binary sorting tree and binary balanced tree. The data structure is relatively boring, but we will gain if we stick to it. It will greatly improve both the algorithm and the source code.