For any complex logic, you should use computational properties, the official website says.

In the demo, you can enter values in the other input box. Only methods will be printed out, indicating another execution.

Listen for the change of the value of two variables. After any change, the calculation will be carried out. The effect is the same as that of the calculated attribute, but the code is a bit troublesome.

**set method for Calculating Properties
The default calculation property is the get method. To write the set method, for example, total0 in the example.
The test method is as follows: assign value to total0:
vm.total0='2'
After that, the set method of total0 will be triggered;
If total is assigned, an error will be reported:
[Vue warn]: Computed property "total" was assigned to but it has no setter.

Input in the order of 1, 2 and 3, and the execution result is as follows: 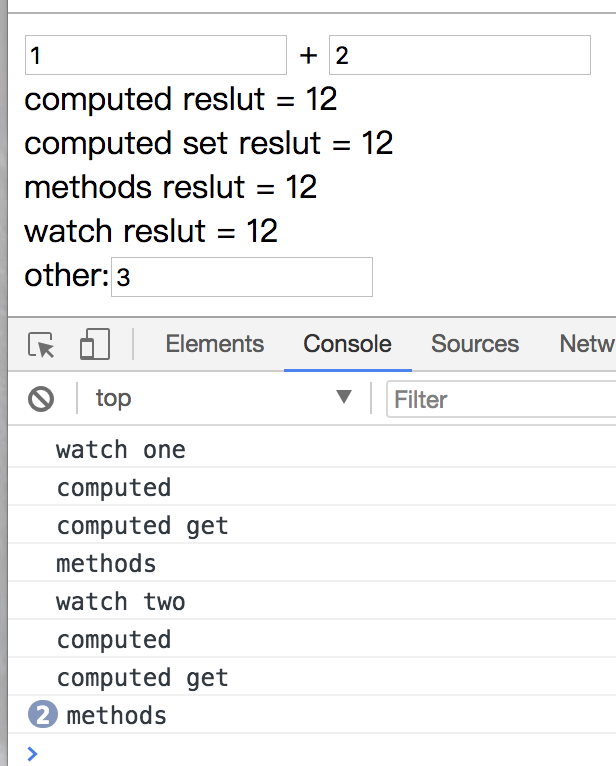