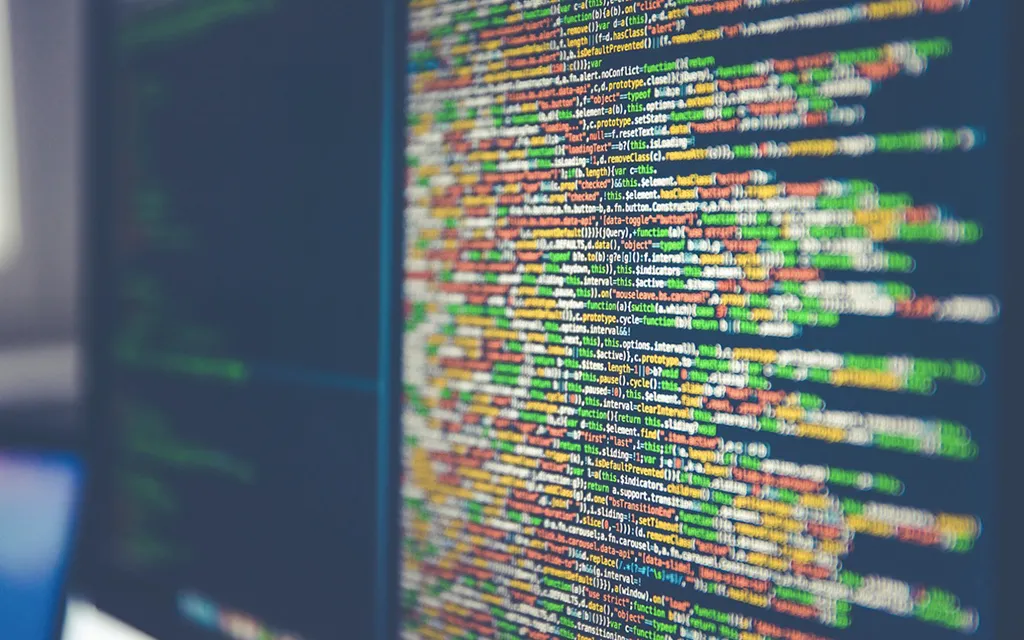 Does this abstraction necessarily lead to code performance degradation?

The dream of programmers is to write "high cohesion, low coupling" code, but from experience, the more abstract code often means lower performance. The assembly that can be executed directly by the machine has the strongest performance, followed by C language, and Java has lower performance because of its high level of abstraction. The business system is also restricted by the same law. The performance of the data addition, deletion, modification and query interface at the bottom is the highest, and the performance of the upper business interface is low due to the addition of various business verification and message sending.

Let's look at a common system abstraction. "User" is a common entity in the system. In order to unify the "user" abstraction in the system, we define a general domain model user. In addition to the user's id, it also contains department information, user's supervisor, etc. These are attributes that are often aggregated and used together in the system:

This looks great, "User "All the commonly used attributes are concentrated in one entity. As long as the User is used as the parameter of the method, the method basically does not need to query other User information. However, once implemented, problems will be found. The Department and supervisor information needs to be obtained by calling the address book system remotely, and the permission needs to be obtained by calling the permission system remotely. You must pay for each User construction The cost of these two remote calls, even if some information is not used. For example, the following method shows this situation (judge whether a User is the supervisor of another User):

In order to use the general User entity in the above method parameters, we must pay an additional price: remote calls can obtain completely unused permission information. If there is a problem with the permission system, it will also affect the stability of irrelevant interfaces.

With this in mind, we may want to give up the scheme of general entity, let the bare uid diffuse in the system, and scatter the user information query code everywhere in the system.

In fact, you can continue to use the above abstraction with a little improvement. You only need to turn department, supervisor and permission into lazy loaded fields and make external calls when necessary. This has many advantages:

However, we often encounter some problems in the process of practice. This paper combines some skills of Java and functional programming to implement an inert loading tool class.

Second, strictness and inertia: the essence of Supplier in Java 8

Java 8 introduces a new functional interface Supplier. From the perspective of old Java programmers, it is just an interface that can obtain arbitrary values. Lambda is just the syntax sugar of this interface implementation class. This is from the perspective of language rather than calculation. When you understand strict ness and laziness After the difference, there may be a view closer to the essence of computing. 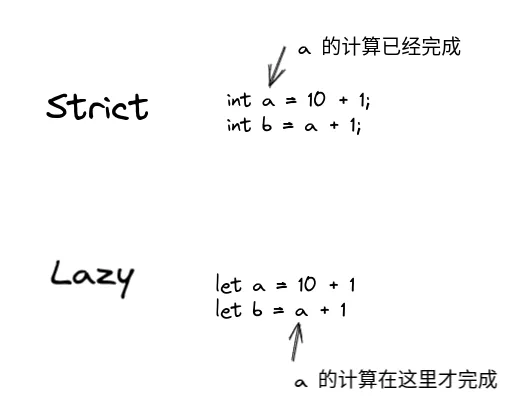 The Supplier also has a problem that it will recalculate every time it gets the value through get. The real lazy calculation should cache the value after the first get. Just wrap the Supplier a little:

A simple example of constructing a User entity is as follows:

But now department is no longer a calculated value, but a Lazy object with Lazy calculation. How should the above code be written? "Functor" is used to solve this problem

Collection < < T >, optional < < T >, and lazy < < T >, which we have just implemented in Java, have a common feature, that is, they all have and only have one generic parameter. In this article, we temporarily call them boxes and remember them as box < < T >, because they are like a universal container that can be packaged in any type. 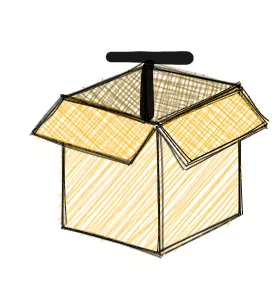 Functor operation can apply a function mapping t to S to Box < T > to make it Box < S >. An example of converting numbers in Box into strings is as follows: 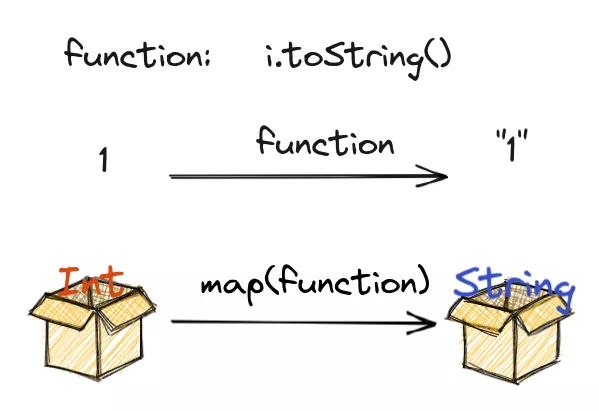 The reason why the box contains types instead of 1 and "1" is that the box does not necessarily contain a single value, such as a set, or even a more complex multi value mapping relationship.

It should be noted that it is not easy to define a signature that satisfies box < s > map (function < T, s > function) to make box < T > a functor. The following is a counterexample:

Therefore, functor is a stricter definition than map method. It also requires map to meet the following laws, which are called functor law (the essence of the law is to ensure that map method can truthfully reflect the mapping relationship defined by parameter function):

Although so many theories are introduced, the implementation is very simple:

It can be easily proved that it satisfies the functor law.

We can easily solve the problems we have encountered before through the map. The functions passed in the map can be calculated assuming that the Department information has been obtained:

Now we can not only construct inert values, but also calculate another inert value with one inert value, which looks perfect. But when you use it further, you find more difficult problems.

The type of return value seems a little strange. What we expect is Lazy < set < string > >, but what we get here is one more layer, which becomes Lazy < Lazy < set < string > >. Moreover, as the number of nested map layers increases, the generic level of Lazy will also increase. Examples of three parameters are as follows:

This needs the following monadic operation to solve.

Quick understanding: it is similar to the Java stream api and the flatmap function in Optional

The major difference between monad and functor lies in the received function. Functor functions generally return native values, while monad functions return boxed values. If the function in the figure below uses map instead of flatmap, it will turn into a Russian Doll - a two-layer box. 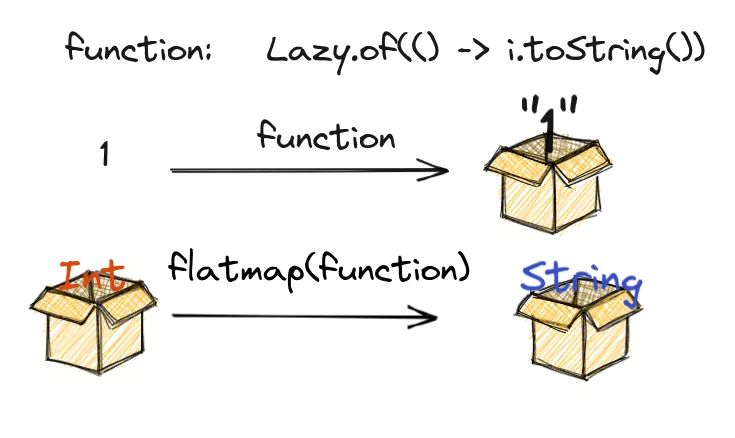 Of course, monad also has monad law, but it is more complex than functor law. It will not be explained here. Its role is similar to functor law to ensure that flatmap can truthfully reflect the mapping relationship of function.

The implementation is also simple:

Use flatmap to solve previous problems:

After reading the above example, you will find that lazy calculation is very troublesome. You have to go through many flatmap s and maps every time to get the lazy value. This is actually a compromise made by Java without native support for functional programming. Haskell supports the use of do notation to simplify Monad operation. If Haskell is used for the example of the above three parameters, it is written as follows:

Although there is no syntax sugar in Java, God closes a door and opens a window. In Java, you can clearly see what each step is doing and understand the principle. If you have read the content before this article, you can certainly understand that this do notation is constantly doing flatmap.

So far, the Lazy code we have written is as follows:

7. Construct an entity that can automatically optimize performance

Using Lazy, we write a factory to construct a common User entity:

The factory class is constructing an evaluation tree. Through the factory class, we can clearly see the evaluation dependencies between User attributes. At the same time, the User object can automatically optimize the performance at runtime. Once a node is evaluated, the values of all attributes on the path will be cached. 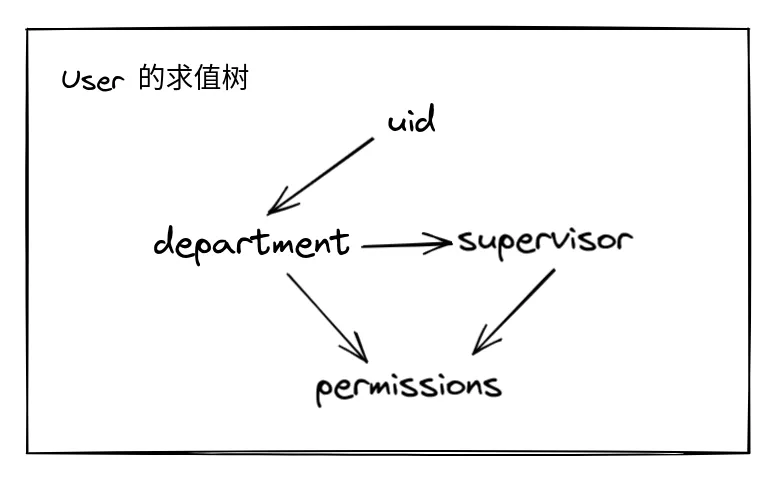 Although we make user.getDepartment() seem to be a pure memory operation through laziness, it is actually a remote call, so various unexpected exceptions may occur, such as timeout and so on.

Exception handling must not be handed over to business logic, which will affect the purity of business logic and make us waste all our previous efforts. The ideal way is to give it to the loading logic Supplier of the lazy value. In the calculation logic of the Supplier, all kinds of exceptions are fully considered to retry or throw exceptions. Although throwing exceptions may not be so "functional", it is close to Java programming habits, and when the key values are not obtained, the operation of business logic should be blocked through exceptions.

The entity constructed by this method can place all the attributes required in business modeling. Business modeling only needs to consider fitting the business without considering the underlying performance problems, so as to truly realize the decoupling of business layer and physical layer.

Because the external calls of the business core code are greatly reduced and the code is closer to pure operation, it is easy to write unit tests. Through unit tests, the stability of the core code can be guaranteed without errors.

Ten digressions: the missing coritization and application functor in Java

Think about it. The purpose of doing so much just now is to make the function signed as C f(A,B) apply to the boxed types box < a > and box < b > without modification, and generate a box < C >. There is a more convenient method in functional language, that is, application function.

The concept of application functor is very simple. It is to apply the boxed function to the boxed value, and finally get a boxed value. It can be realized in Lazy as follows:

However, it is not useful to implement this in Java, because Java does not support coritization.

In the case of supporting coriolism, ordinary functions can be applied to boxed types only by applying functors several times in a row. For example, Haskell's example is as follows (< * > is the syntax sugar of applying functors in Haskell, and F is a function signed C, f (a, b). The syntax is not completely correct, but only expresses a meaning):

Original link
This article is the original content of Alibaba cloud and cannot be reproduced without permission.