In the dot matrix font of Chinese characters, each bit of each byte represents a point of a Chinese character
Words are composed of a rectangular lattice. 0 represents no and 1 represents a little. Use 0 and 1 differently
When the color is drawn, a Chinese character is formed. The commonly used dot matrix includes 1212, 1414 and 16 * 16
Type library.
Word libraries are divided into horizontal matrix and vertical matrix according to the points represented by bytes. At present, most word libraries
Both are the storage methods of horizontal matrix (the most used should be the early UCDOS font), and vertical matrix I
Generally, because some liquid crystals use the longitudinal scanning display method, in order to improve the display speed, the font is used
The matrix is made vertical, which saves matrix conversion when displaying. What we describe next refers to the horizontal
Matrix font. 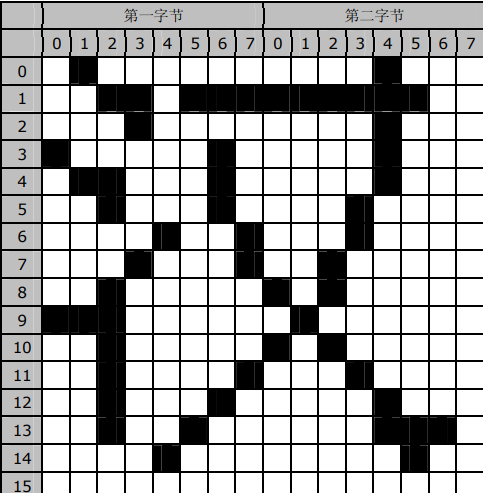 For 1414 and 1212 word libraries, theoretically, their required dot matrices are (14) respectively
14 / 8) = 25, (1212 / 8) = 18 bytes, but if stored in this way, then
When dot matrix and display, because each line of them is not an integer of 8, it will involve the calculation of dot matrix
To solve the problem will increase the complexity of the program and reduce the efficiency of the program.
In order to solve this problem, some dot matrix font libraries will press 1614 for 1414 and 1212
And 1612, that is, each line is still stored by two bytes, but the font of 1414 is stored by
The last two bits of two bytes are unused, 1212 bytes, and the last four bits of every two bytes are unused
This word library has different processing methods according to different word libraries, so you should pay attention to this when using the word library
Problems, especially the 14 * 14 font.

3, Using C/C + + to call opencv library to program and display pictures under Ubuntu 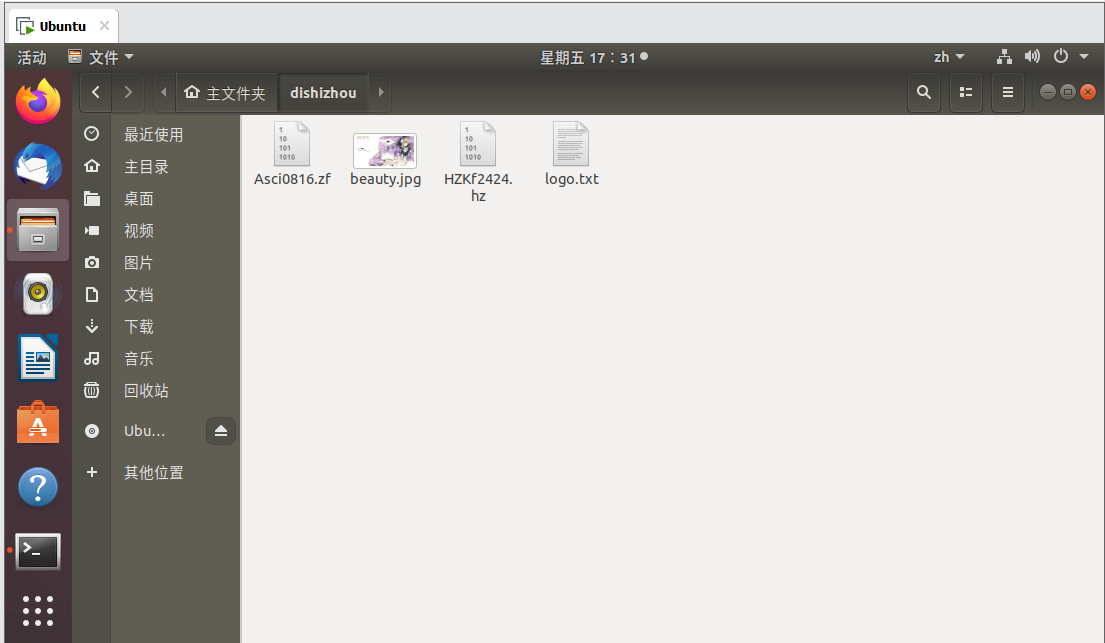 When inputting the text you want to display in the logo.txt file, you need to write it in ANSI code, otherwise Chinese will be garbled 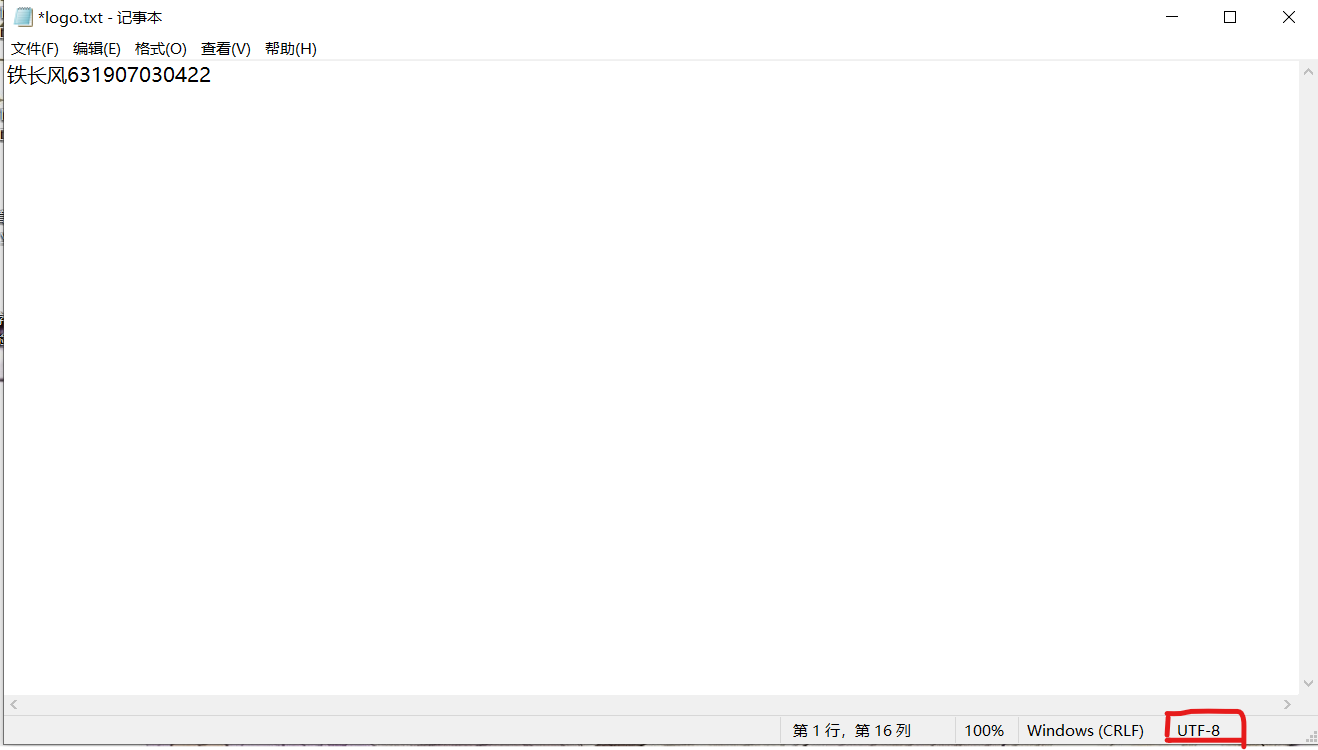 Then select Save as to select ANSI encoded: 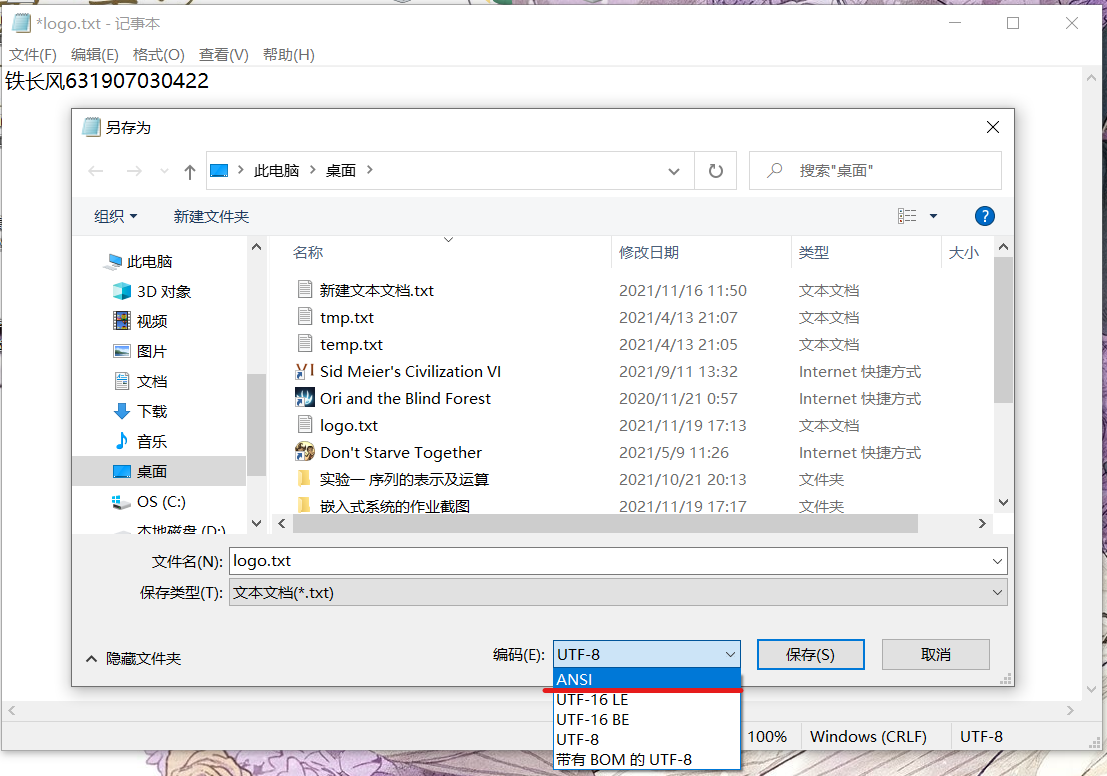 2. Call opencv to print the logo content into the picture:

First, enter the folder I created in ubuntu:

Then write the code:

Compile run:
Compile the saved test.cpp file; the instructions are as follows:

If no error is reported, it can run:
./test 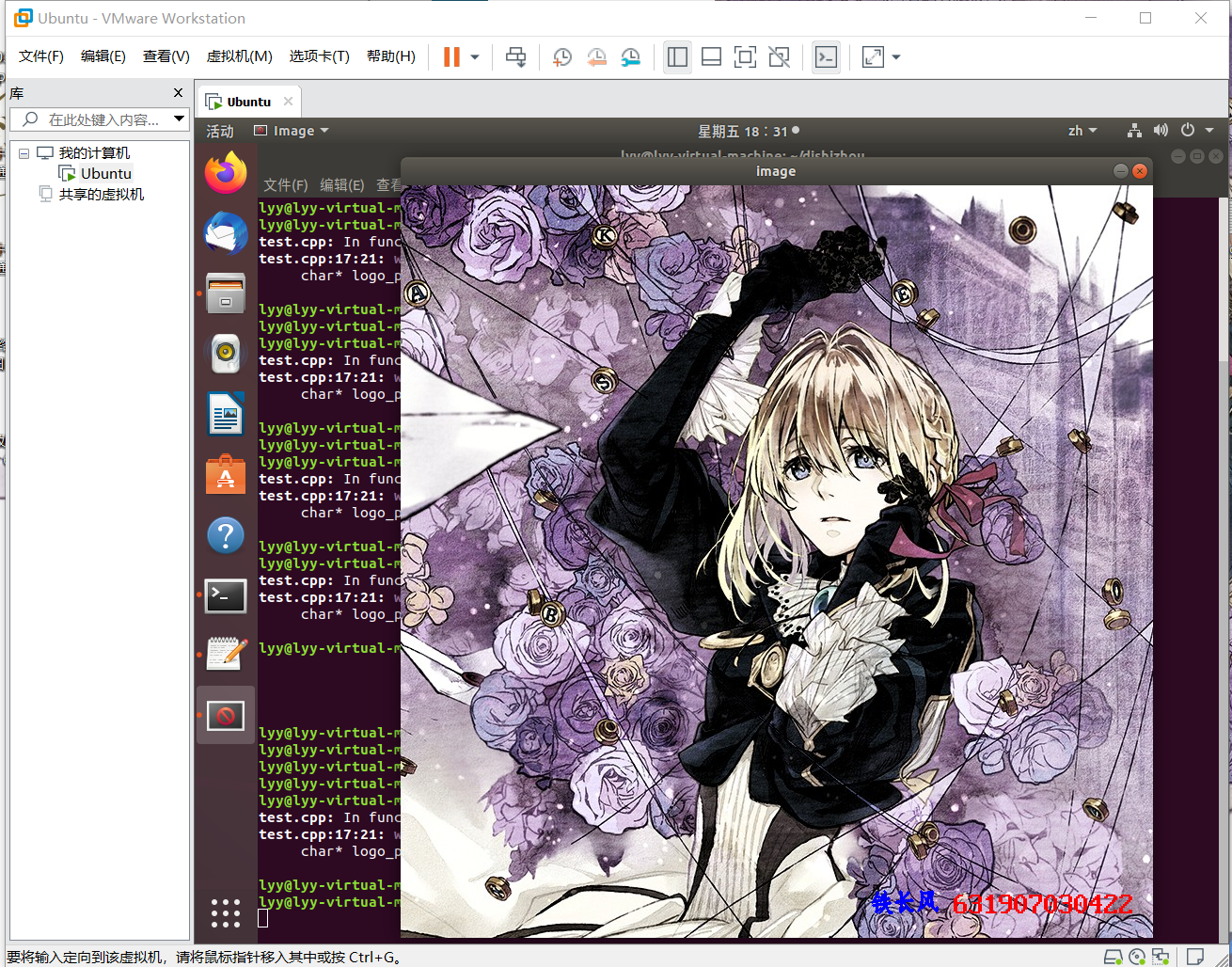 This experiment is not very difficult. We only need to be careful to complete it. If we encounter any problems, it may be that we modify our file path, or when printing the logo, our printing position is too large and not in the picture. We only need to understand the dot matrix of Chinese characters, and we can print the text or symbols we want to print On the picture.