1. What is a retroreflective server

Process: ① define the socket address. ② The Bind function binds the address to the socket. ③ Use the Listen function to Listen for socket signals. ④ The connection request of each client is processed by using dead loop and sub process.

Question: why close the listening socket listenfd in the child process? Why did connfd close the connected socket twice?

At this time, there is a connection request. The server accepts the request and creates a new socket connfd. This is a connected socket that can be used to read and write data across connections. As shown below:

The next step is to call fork to create a child process, as shown in the following figure 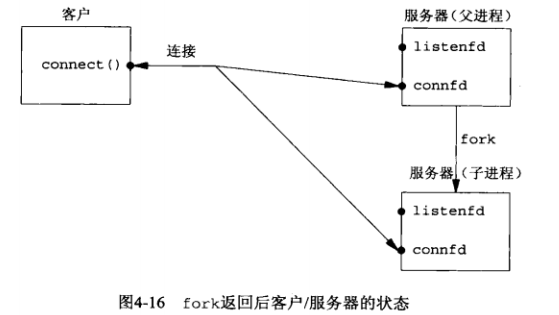 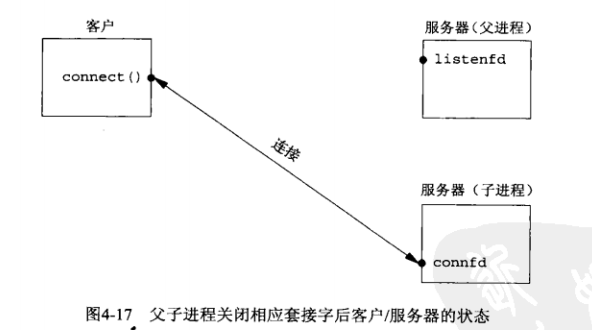