There are many applications and processes in the Linux environment, the most important of which is the client network / server. Multi process server means that when the client sends a request, the server uses sub processes to process the client's request. The parent process continues to wait for requests from other clients. The advantage of this method is that the server can manage the client when requested by the client, especially in the interactive client / server system. For a TCP server, the connection between the client and the server may not close immediately. The client can close the connection after sending data. During this period, the server-side process is blocked, and the operating system may set other schedules. Customer service process at this time. Compared with circular server, the performance of this service has been significantly improved.

A thread is an independent execution unit of a process in the same address space.

Advantages and disadvantages of threads

Compared with processes, threads have many advantages.

The execution trajectory of a thread is similar to that of a process. Threads can execute in kernel mode or user mode. In user mode, line
Procedures execute in the same address space of the process, but each thread has its own execution stack. Threads are independent execution orders
According to the scheduling policy of the operating system kernel, the system call to the kernel can be suspended and activated to continue execution
Wait. In order to make use of the shared address space of threads, the scheduling strategy of the operating system kernel may give priority to those in the same process
Threads, not threads in different processes. Up to now, almost all operating systems support posixthread,
A series of standard application programming interfaces (API s) are defined to support thread programming. Next, we will discuss and demonstrate
Pthread concurrent programming in Linux (Goldt et al., 1995; IBM; Love2005; Linux manpageprogect)
2017). 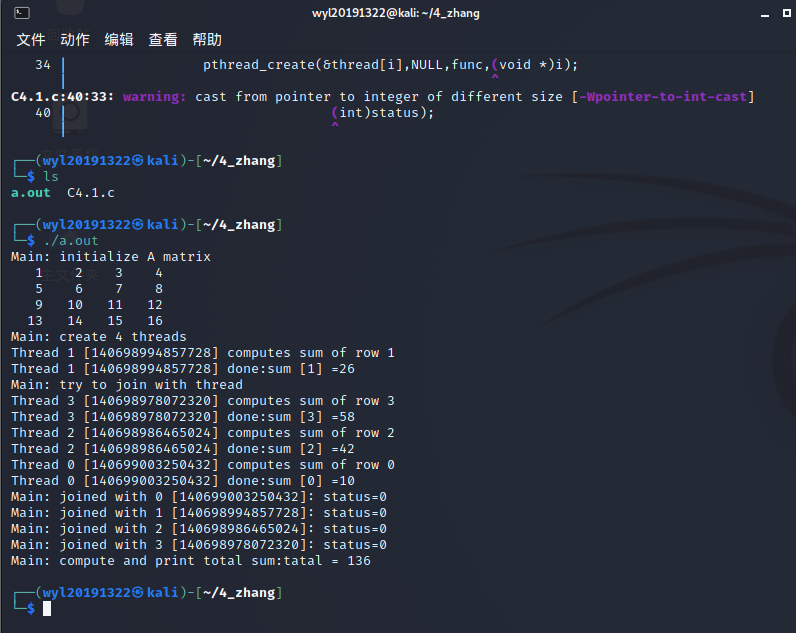 How to detect whether a thread has a lock?

In java.lang.Thread, there is a method called holdsLock(), which returns true if and only if the current thread owns the lock of a specific object.