Recently, the author studied the Tencent advertising algorithm competition and found that some choices would use GBDT for "dimension reduction" and feature engineering. There are points to be raised, so I'll take a look. A previous article related to LightGBM: python - machine learning lightgbm related practices

Here you can directly run through the github: wangru8080/gbdt-lr

The most widely used scenario of GBDT+LR is CTR click through rate estimation, that is, to predict whether the advertisements pushed to users will be clicked by users.

The training samples involved in the click through rate prediction model are generally hundreds of millions of levels, with a large sample size. The model often adopts LR with fast speed. However, LR is a linear model with limited learning ability. At this time, feature engineering is particularly important. The existing feature engineering experiments mainly focus on finding distinguishing features and feature combinations. Tossing around may not bring improvement. The characteristics of GBDT algorithm can be used to explore differentiated features and feature combinations, so as to reduce the labor cost in feature engineering. 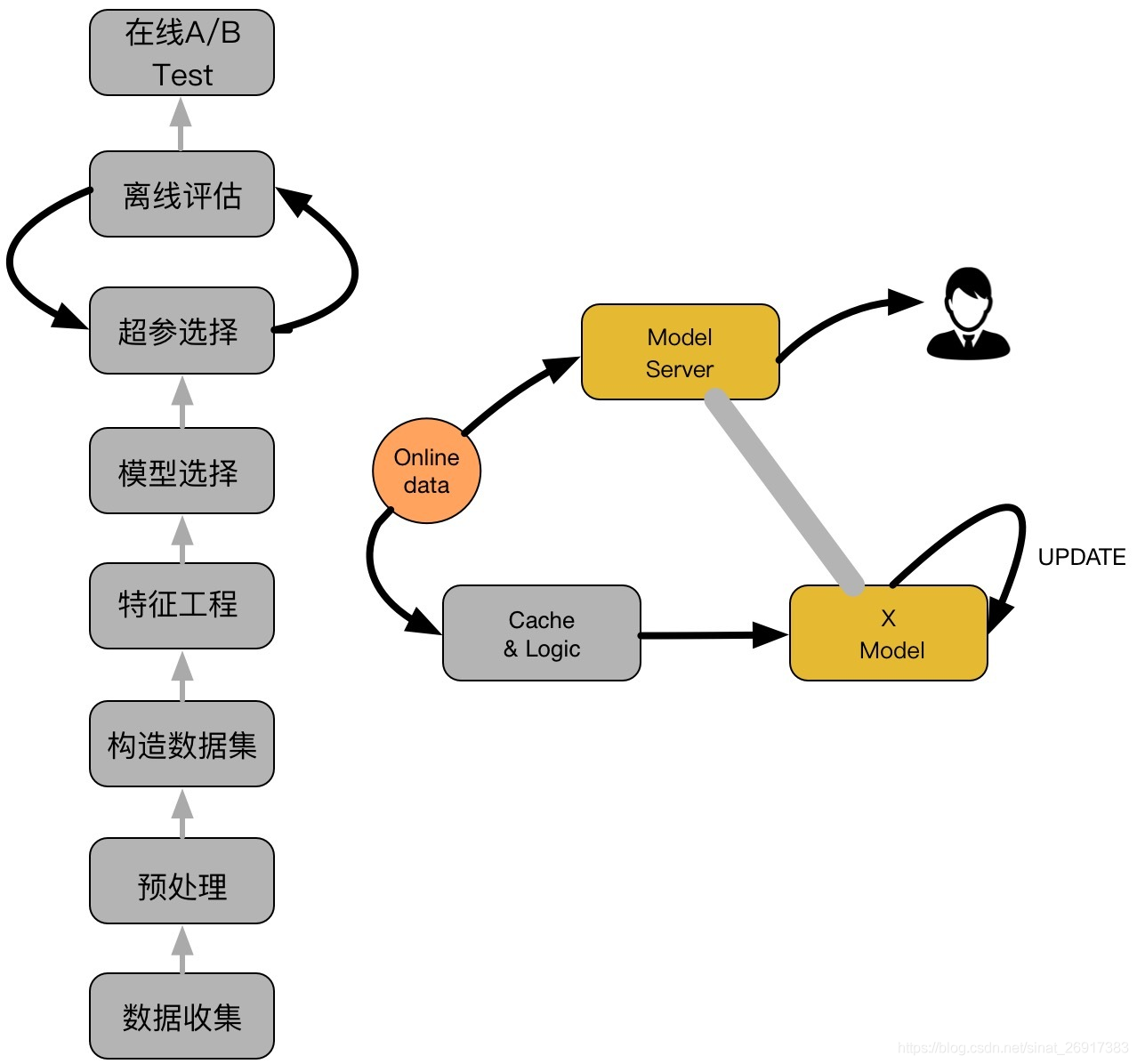 As shown in the figure above, it mainly includes two parts: offline part and online part. The objective of offline part is to train available models, while the online part considers that the performance of the model may decline with time after it is online. In this case, online learning can be used to update the model online

1.2 which is more suitable for RF / gbdt

RF is also a number of trees, but the effect has been proved to be inferior to GBDT. The feature splitting of the tree in front of GBDT mainly reflects the distinguishing feature of most samples; The later trees mainly reflect a few samples with large residual after passing through the first N trees. It is more reasonable to give priority to the features with discrimination on the whole, and then select the features with discrimination for a few samples, which should also be the reason for using GBDT.

Although the FM and FFM proposed by feature crossover can better solve the problem of data sparsity, they still stay in the case of second-order crossover.

Due to the structural characteristics of decision tree, in fact, the depth of decision tree determines the dimension of feature intersection. If the depth of the decision tree is 4, through three node splitting, the final leaf node is actually the result of third-order feature combination. Obviously, such a strong feature combination ability is not possessed by the model of FM system. However, because GBDT is prone to over fitting and GBDT actually loses a lot of numerical information of features, we can not simply say that GBDT has better effect than FM or FFM due to its stronger ability of feature intersection (in fact, FFM was proposed in 2015). The selection and debugging of the model is always the result of the comprehensive action of many factors.

The significance of GBDT+LR over FM is that it greatly promotes the important trend of feature engineering modeling. In a sense, various network structures for in-depth learning and the application of embedding technology are the continuation of this trend.

1.3 the tree model is poor in processing sparse discrete features 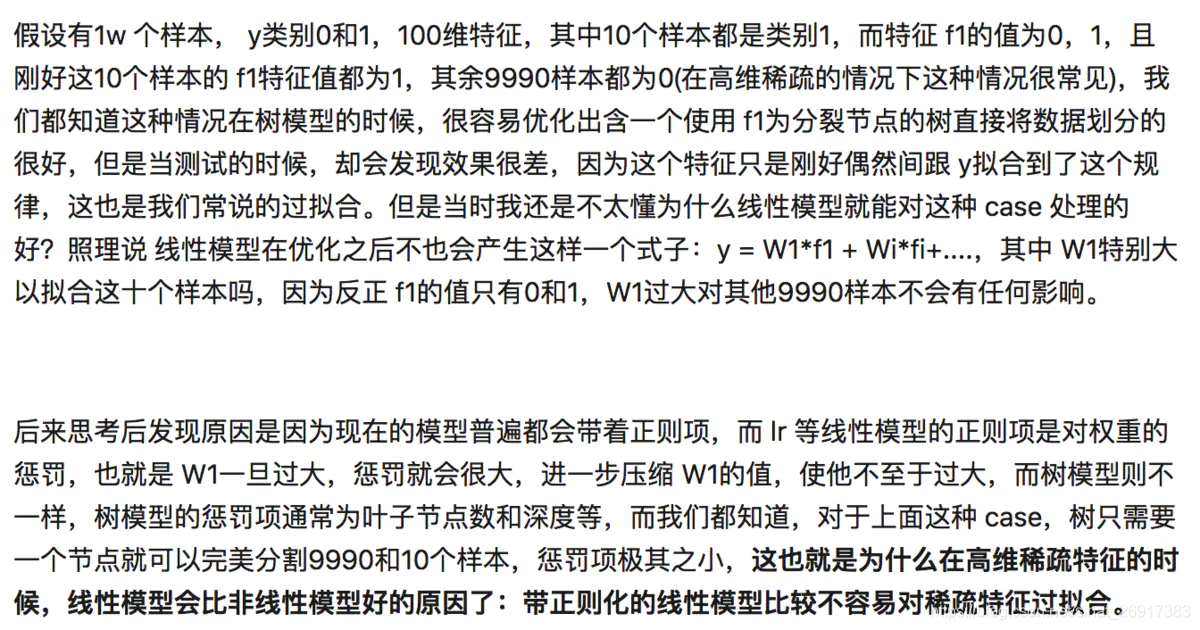 However, this does not mean that for large-scale discrete features, the schemes of GBDT and LR are no longer applicable. If you are interested, you can look at references 2 and 3, which will not be introduced here.

A piece of core code. The overall process is as follows:

Let's take a look at lgbm classifier. For reference: lightgbm.LGBMClassifier As follows:

model.predict(train, pred_leaf = True)_ Leaf (pred_leaf (bool, optional (default = false)) – what to predict leaf index.) can predict the position of each sample at the leaf node: