The soul of the frame -- Reflection

I've been blogging for some time. Most of the previous articles are about what to use in work and what to write. They have no purpose. Recently, I've been thinking about filling in the pits left during learning, such as java reflection and dynamic agent. I only remember when I was learning. The teacher said that this was the key point and reflection was the soul of the framework. Only after learning this can I better understand the framework of learning later. At that time, I only felt that I learned a little knowledge. In the future, whether it is work or study, the opportunity to face it directly is still relatively low. Now, in turn, I want to consolidate the foundation to facilitate the subsequent understanding of the source code.

In short, it is to encapsulate all parts of a class into other objects, which is the radiation mechanism. Let's use the following diagram for a simple understanding:

We all know that everything in Java can be an object. Taking this step alone can be understood as converting the Student object into a Class object. It can also be said that the Class file is used to describe the loaded object. All the information of Student is stored in this Class object. And how does this information exist? In Figure 2, we can see that there are three arrays, representing member variables, construction methods, and member methods. Yes, all attributes should not be encapsulated into such three arrays, or three objects. This is why we can "program for". In IDEA  ， When we create a new object, the IDEA loads the Class, and the IDEA is always running, so it can provide us with convenient tips. This is the third part of the code, the run phase. It is also its function -- you can get the parameters of the object at run time! 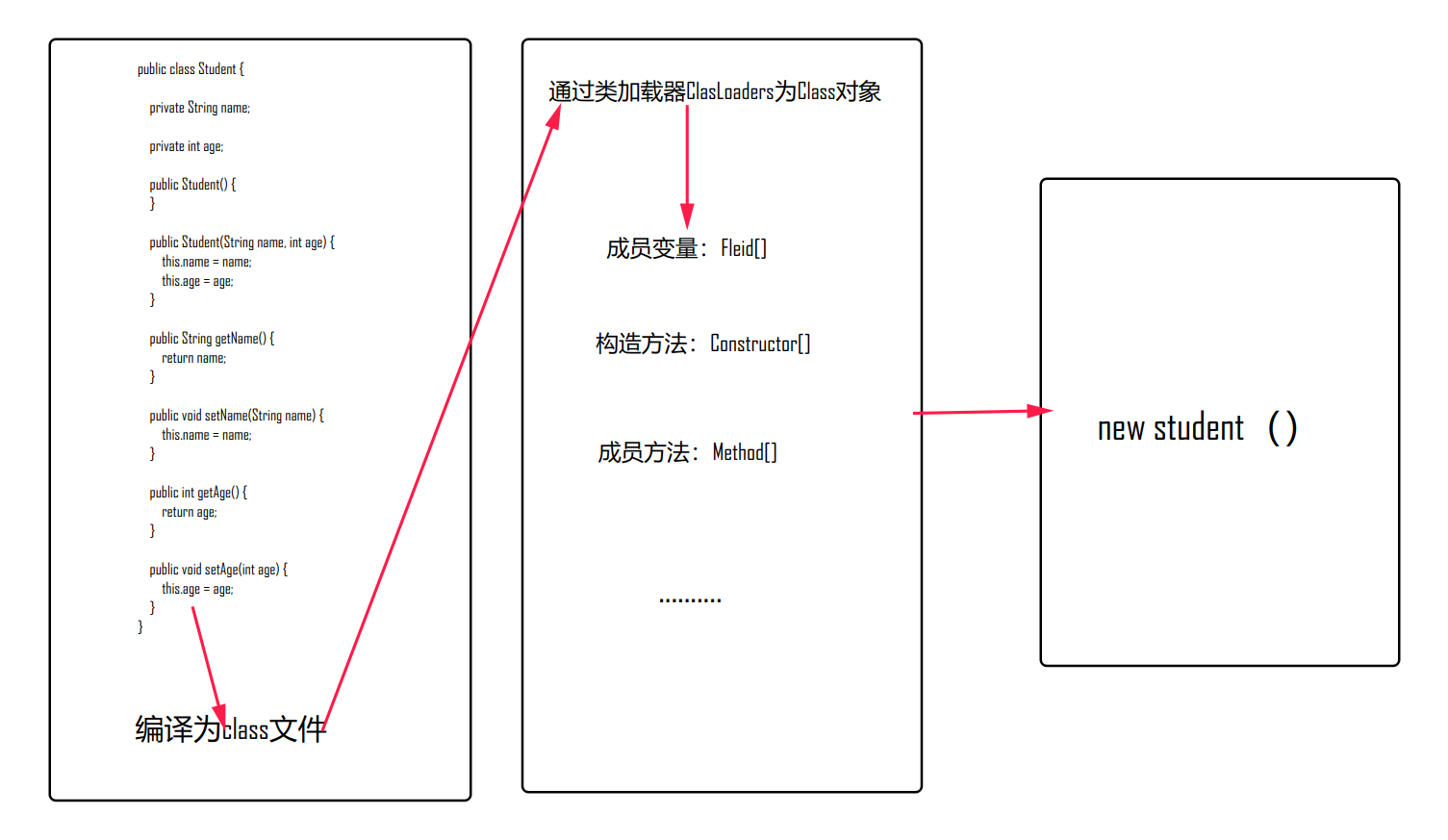 Three ways to get Class objects

The third method is generally recommended to reduce the coupling

Get construction method through Class

Get member variables through Class

Get member method through Class