The number i/ii/iii that appears only once in LeetCode

The number i that appears only once 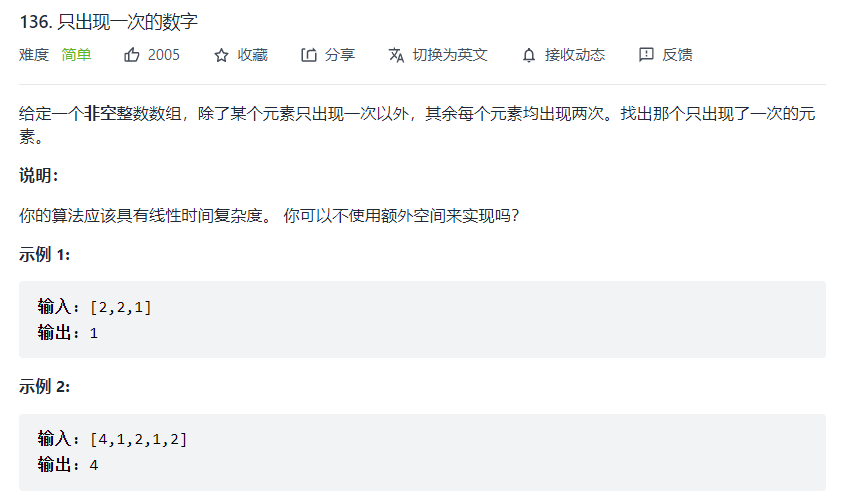 When I first looked at the question of xxxx, I had no idea at all. The method is too inefficient. Later, I saw on the Internet that the solution uses XOR, but I haven't understood what the principle is. Recently, the school is learning "the principle of computer composition", after learning XOR in detail. Suddenly I had a thorough understanding of the problem. The topic analysis is as follows: 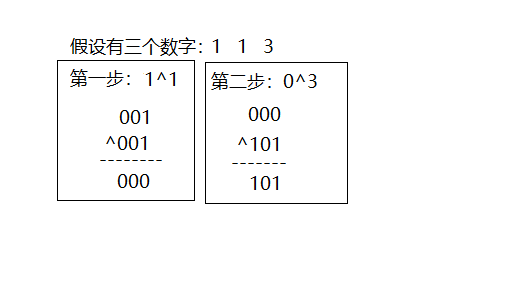 Number ii that appears only once 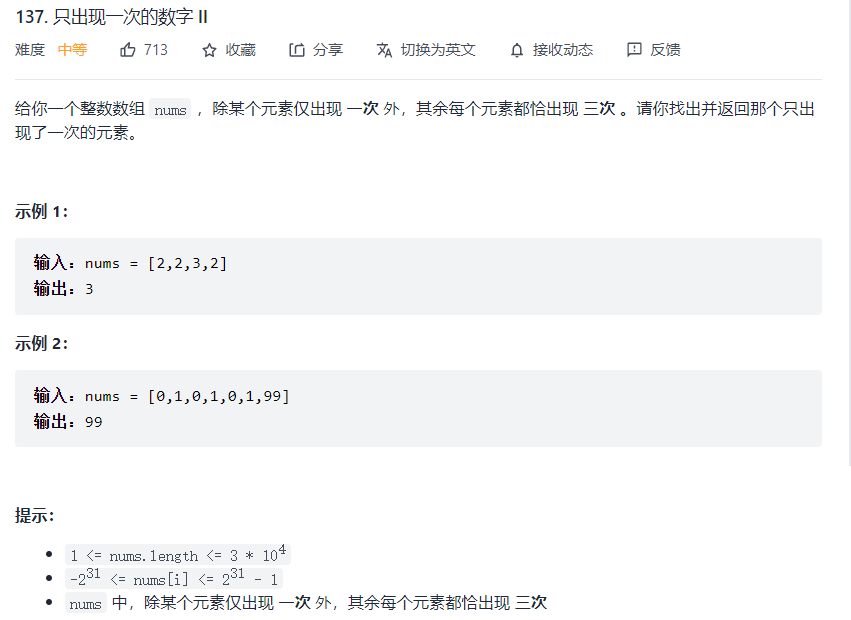 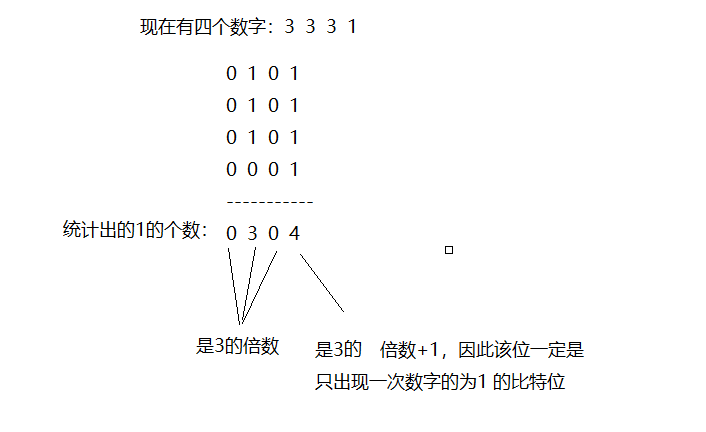 Detailed interpretation of "number | = (1 < < i)": i ranges from 0 to 31, so 1 < < i is to generate different binary numbers in which there is only one 1 and the rest are all 0. In this way, it can be or calculated in sequence with the position that should be 1 in the bit of the result number. Finally, the results are obtained.
As shown in the figure:

Number iii that appears only once 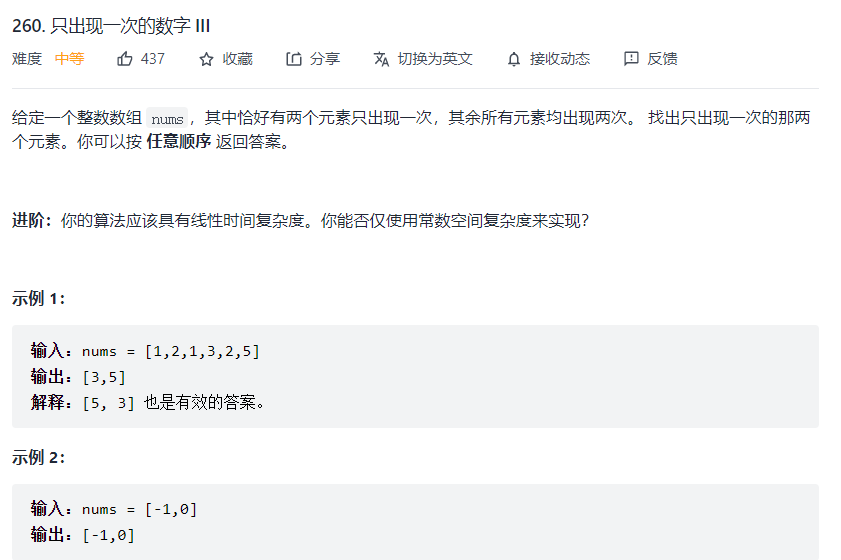 The answer ideas of these three questions are the same. They all use bit operation. Because numbers are completely unknown, we need to rely on their binary numbers to find the similarities and differences between numbers. The binary numbers of different numbers must be different, and the binary numbers of the same number must be the same.
At the same time, what we need to master is. The same number XOR is 0,0 and any number XOR is itself. This tip is also used to exchange two numbers for temporary variables that are not applicable.
Well, that's the end of this article. If there are any optimizations and improvements in the ideas and code, please post them in the comment area or directly write to me. Let's learn and make progress together!