The source code analysis of Consumer mainly focuses on KafkaConsumer, which is the implementation class of the Consumer interface. KafkaConsumer provides a well encapsulated API. Developers can easily pull messages from Kafka server based on this API. In this way, developers do not care about the underlying operations such as network connection management, heartbeat detection, request timeout retry with Kafka server, or the number of partitions subscribing to Topic The network topology of the partition replica and the specific details of Kafka such as the Consumer Group's Rebalance. KafkaConsumer also provides the function of automatically submitting offset s, so that developers pay more attention to business logic and improve development efficiency.

Let's take a look at an example program of KafkaConsumer:

As can be seen from the example, the core method of KafkaConsumer is poll(), which is responsible for pulling messages from Kafka server. I want to talk about the details of the core method in the next article, which is about the communication model between the client on the Consumer side and the Kafka server. In this article, we mainly analyze the source code of the Consumer from a macro perspective.

Let's first look at the Consumer interface, which defines the external API of KafkaConsumer. Its core methods can be divided into the following six categories:

Let's first look at the important attributes of KafkaConsumer and the UML structure diagram. 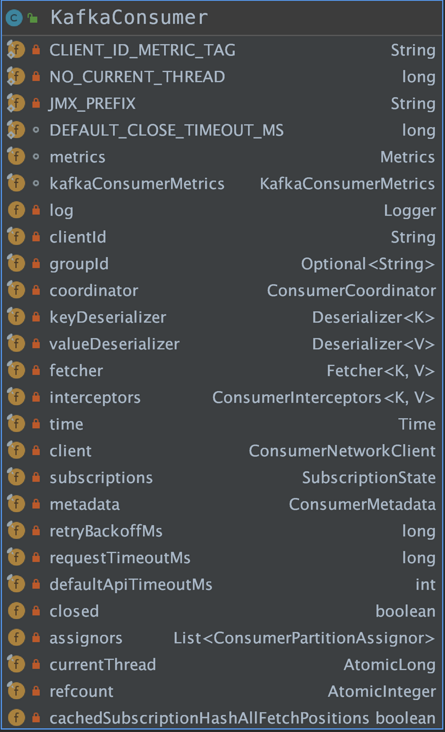 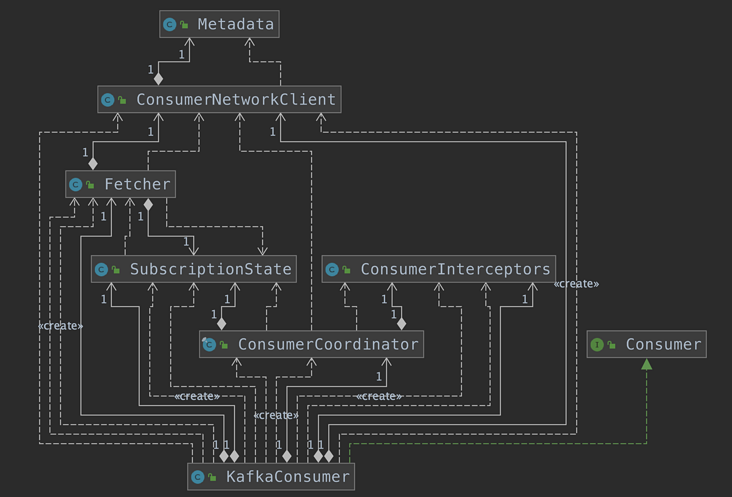 Let's take a look at the important properties of ConsumerNetworkClient and the UML structure diagram. 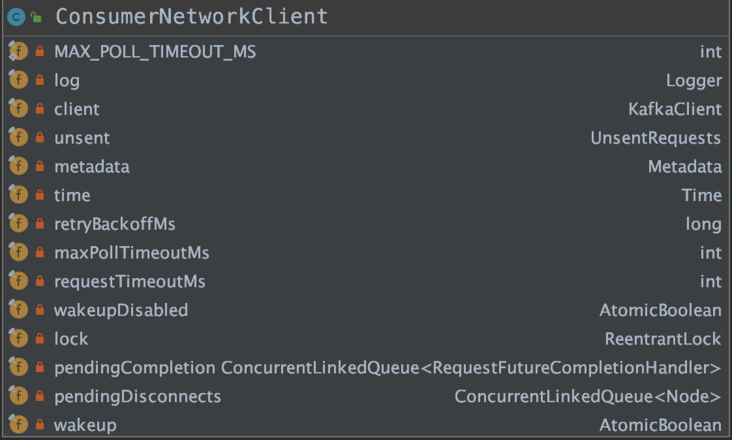 Cycle the requests cached in unsent. For each Node node, cycle through its ClientRequest linked list. Each cycle calls the NetworkClient.ready() method to detect the connection between the consumer and this Node and the conditions for sending the request. If the conditions are met, call the NetworkClient.send() method, put the request into the InFlightRequest to wait for the response, and put it into the send field in KafkaChannel to wait for sending, and delete the message from the list. The code is as follows:

If no request is in progress, the blocking time shall not exceed the retry backoff time.

3.4 call the checkDisconnects() method to check the connection status

Check wakeupDisabled and wakeup to see if there are other thread interrupts. If there is an interrupt request, throw a WakeupException exception and interrupt the current ConsumerNetworkClient.poll() method.

Before talking about RequestFutureCompletionHandler, let's take a look at the ConsumerNetworkClient.send() method. The logic inside will encapsulate the request to be sent into a ClientRequest, and then save it to the unsent collection for sending. The code is as follows:

Let's focus on the callback object used in ConsumerNetworkClient - RequestFutureCompletionHandler. Its inheritance relationship is as follows: 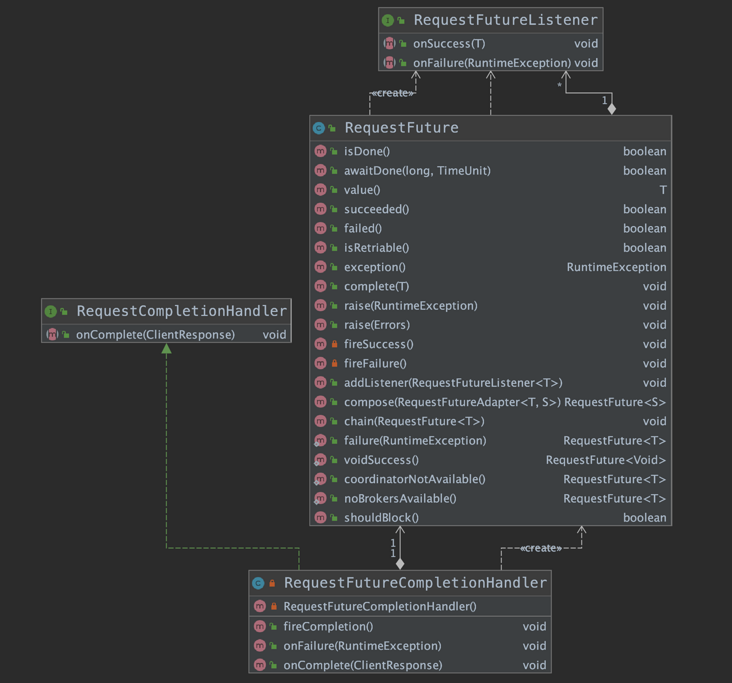 After adaptation using the compose() method, the calling process during callback can also be regarded as the event propagation process of request completion. When calling the complete() or raise() method of the requestfuture < T > object, the onSuccess() or onFailure() of requestfuturelistener < T > will be called Method, then invoke the corresponding method of RequestFutureAdapter<T, S>, and finally call the corresponding method of RequestFuture<S> object.

The chain() method is similar to the compose() method in that it passes events between multiple requestfutures through the RequestFutureListener. The code is as follows:

Well, the source code analysis of ConsumerNetworkClient is over. I hope the article will help you. See you next time.