Take you through the art of algorithms

What is an algorithm?
Isn't the equation unfamiliar?The correct unknown value is obtained by solving the equation.We can simply interpret solving equations as algorithms.Of course, the algorithm is more than that. Don't worry, I'll talk to you.
Let's start with two pieces of code: 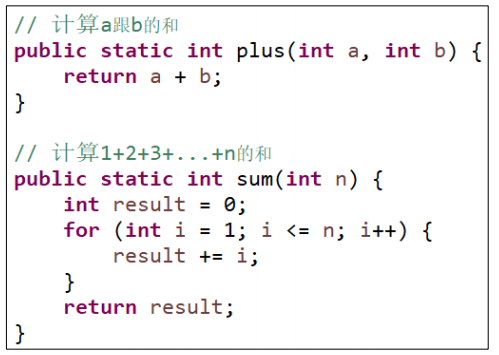 Both pieces of code can be called algorithms because they solve the problem of adding two numbers together and adding one to n, respectively.Algorithms don't have to be very complex, as small as one line of code, as many as tens of thousands of lines of code. An algorithm is one that can solve a specific problem.

How to evaluate the algorithm

Which of these two algorithms is better?

The above scheme has obvious drawbacks

Corresponding calculation code must be written

Generally, the algorithm is evaluated from the following dimensions

Let's evaluate the algorithm for calculating 1+2+...+n using this scheme 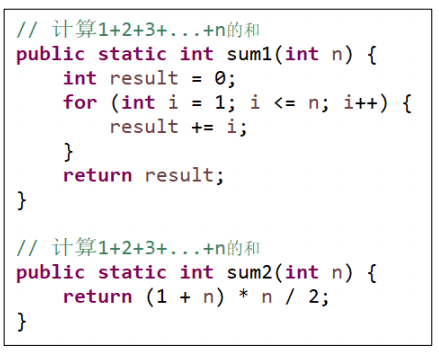 Obviously the second algorithm is better.Is it because the second method has shorter code?The example of the Fibonacci sequence tells us that shorter codes are not better.In this example, the second algorithm only needs three steps to solve the problem, while the first one needs to loop n times.First, they all satisfy the conditions of correctness, readability and robustness. Then, in terms of time complexity, assuming a certain execution time of one step operation, we can compare the two algorithms by examining how many instructions they need to execute. Then, considering the spatial complexity, the fewer variables needed, the smaller storage space opened up, the better the algorithm.

Complexity is generally described in terms of large O, which represents the complexity corresponding to data size n

(2.2) Omit the base number for logarithmic order in general

Note: The Large O notation is only a rough analysis model and an estimate that can help us understand the efficiency of an algorithm in a short time

Calculate the time complexity of the following sections of code

Because the space is limited, there are no more explanations here.In a word, in the big data era, the use and development of algorithms are getting more and more attention.Algorithms are coming into people's lives too, and you may not have noticed that the weather forecasting app s you use, the financial software you use, and so on, are all implemented through algorithms.So, come on coder!

If you want to improve yourself and learn more algorithms and advanced programming language skills, here are free related learning materials. Welcome to Gatwise: 19950277730 for more tips on technology improvement.There are not only like-minded little partners here, but also countless free programming skills, learning videos and materials, plus WeChat to explore learning technology!!