Reentrant refers to the outer function of the same thread. After obtaining the lock, the inner function can obtain it again. What people say is:

For example, if there are two synchronization methods, method 1 needs to call method 2. Assuming that a precondition is Synchronized and non reentrant, when method 1 gets a lock and starts execution, method 2 needs to be called, and method 2 needs to compete for a lock again, and both method 1 and method 2 are methods of the same class, that is, the required lock is the same. At this time, method 1 will need to obtain the lock of method 2. However, since method 1 does not complete the execution and does not throw an exception, the lock it holds will not be released. It will fall into the deadlock situation of locking and not releasing the lock.

Through the above example, after knowing the reentrancy, you can avoid constantly acquiring and releasing locks when writing relevant code, which simplifies the difficulty of development.

When it runs, it does not need to re acquire the lock to recurse, and the running result is

Principle of locking and releasing lock

Try to view bytecode after compilation 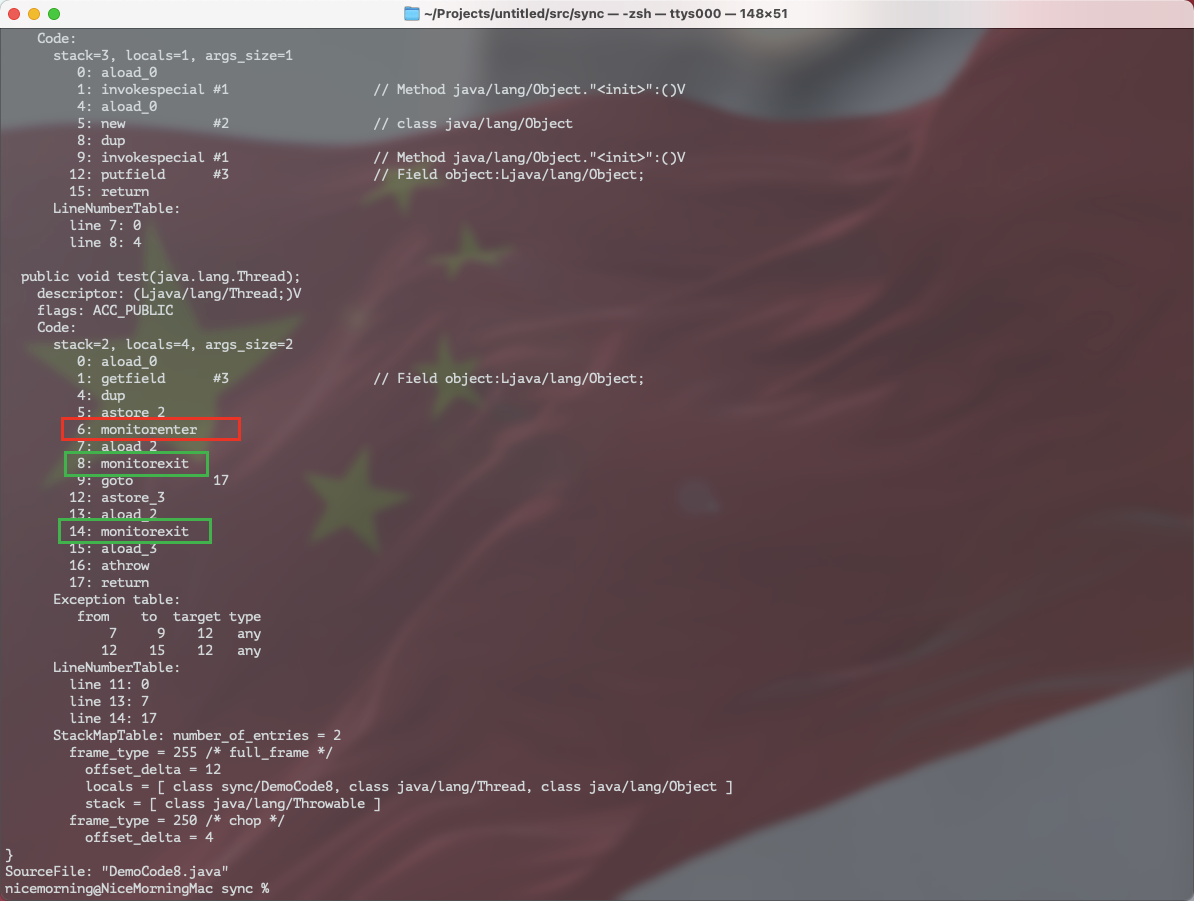 Visibility is related to the Java memory model. This article only covers a small part related to Synchronized. You only need to understand: