1, java calls python with no result and no error.

In the recent learning process, java programs are needed to call python projects, all of which are win10 systems

In this process, I really encountered a lot of problems, also troubled me for several days, also searched a lot of methods on the Internet, finally, in the process of my continuous attempts, I succeeded!!!

Let's start with the basic method:

I also downloaded and installed Jpython, but it didn't solve my problem. For my project, it's OK to call directly through Runtime. Although it's simple and crude, it's good to achieve the goal.

1, java calls python with no result and no error.

python program executes completely ok independently, and java calls python program without any return value or error. This is the problem that bothers me the most.

2. All local packages imported in the project use absolute path.

Because this project of python is learning and not very familiar, I went to the command line to check the error reporting and changed the relative path of all projects to the absolute path (eclipse does not report an error, only so)

Then run it in eclipse. As a result, new problems appear and the code is garbled. 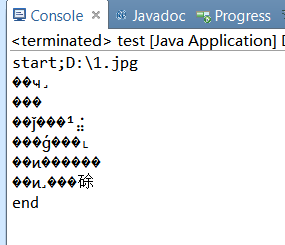 1. Modify the python part and add it to the beginning of the file

2. Modify the java part and add the encoding format "GBK"

Both methods can be used, but the first method in my project will affect the output when running python alone, resulting in garbled code. So I use the second method, which is simpler. 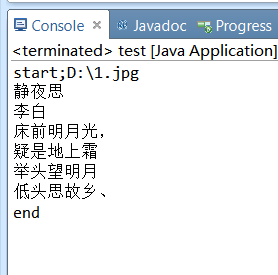 Add "\ n" at the end of the string and store it in the database. When the page is displayed as it is, there will be no line break. The simplest way is to add it at the end

"\ r\n", so that string fetching will wrap as required during page presentation.

Finally, on the project:

Maybe that's it. I'm also in the entry stage, but I have some opinions. If not, please give me more advice!