1. By analyzing the above meanings, the general solution process is as follows:

For how to find the minimum node of a single-chain list and delete the current minimum node, the links to the first topic in the previous article are as follows:
Find Delete Minimum Node

To facilitate comparison, the code operation design for finding and deleting minimum nodes in the previous article is as follows:

Combining the above code snippets, we will complete the answer to the current topic.

Since the title requires us to iteratively find deletable elements in a circular single-chain list, we need to apply an additional loop to them.
Ideas for implementation:

The complete code is as follows:

Comparing with the code above, one of the changes is that:

Here is a step-by-step implementation of the complete code, starting with the core code:
1. Write the structure first, find the node containing x, and make freq+1;

2. There are two conditions for the end of the search

3. Add 1 to its freq and take out its link list node.
The operation of its + 1 is not pasted here, and the link list node removal is illustrated: 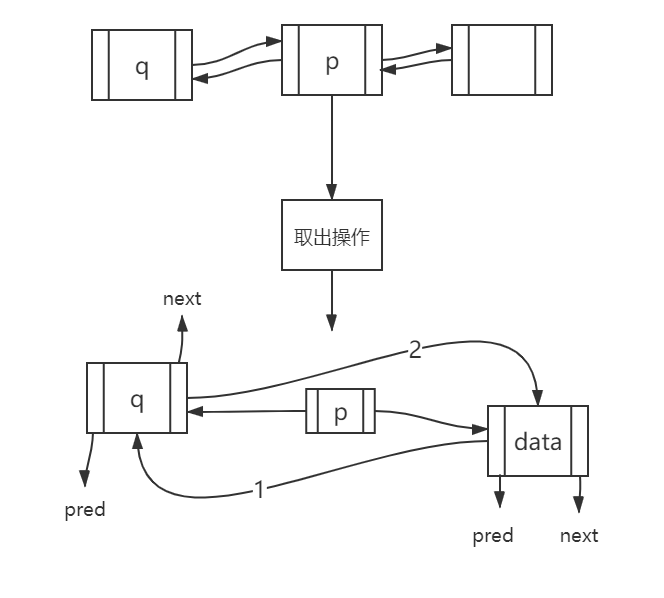 The code for implementation is as follows:

4. Traverse forward to find nodes until a node larger than node x is found and stop
Insert nodes.

The insertion code of the double-linked list is explained here:
Look at the picture first 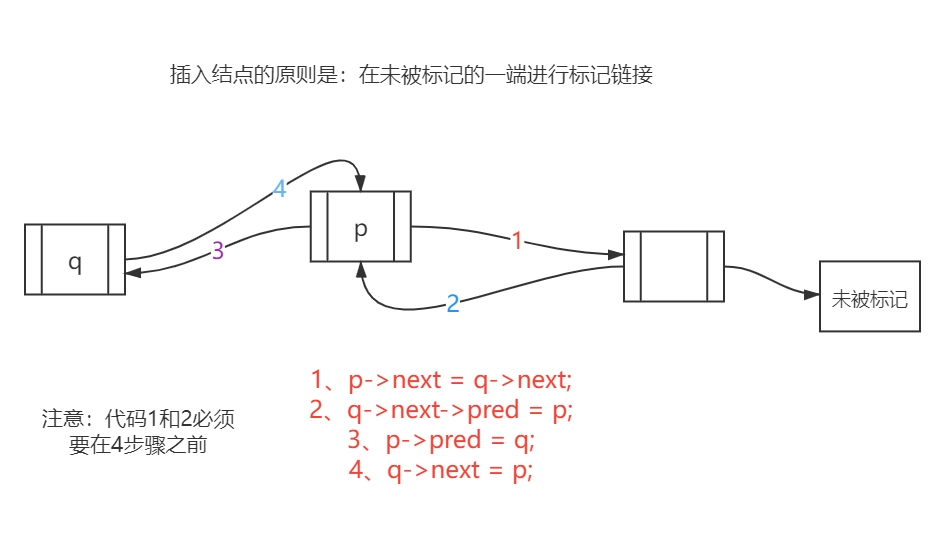 The code for inserting the node is explained as follows:
Combined with the above step-by-step analysis, the complete code is as follows:

Title 03
Given a single-chain list with a header node, design an algorithm that is as efficient as possible for time and space, find the value of the last k th node of the list, and print a return of 1 if no return of 0 is found

However, the requirement is to consider time and space complexity, so neither of the above methods is applicable.

The code illustration for its implementation is as follows:

Its implementation ideas are:
P moves k units backwards, then p and q move back together until P is kong and reaches the end of the table, where q points to the last k node.

The complete code is as follows: 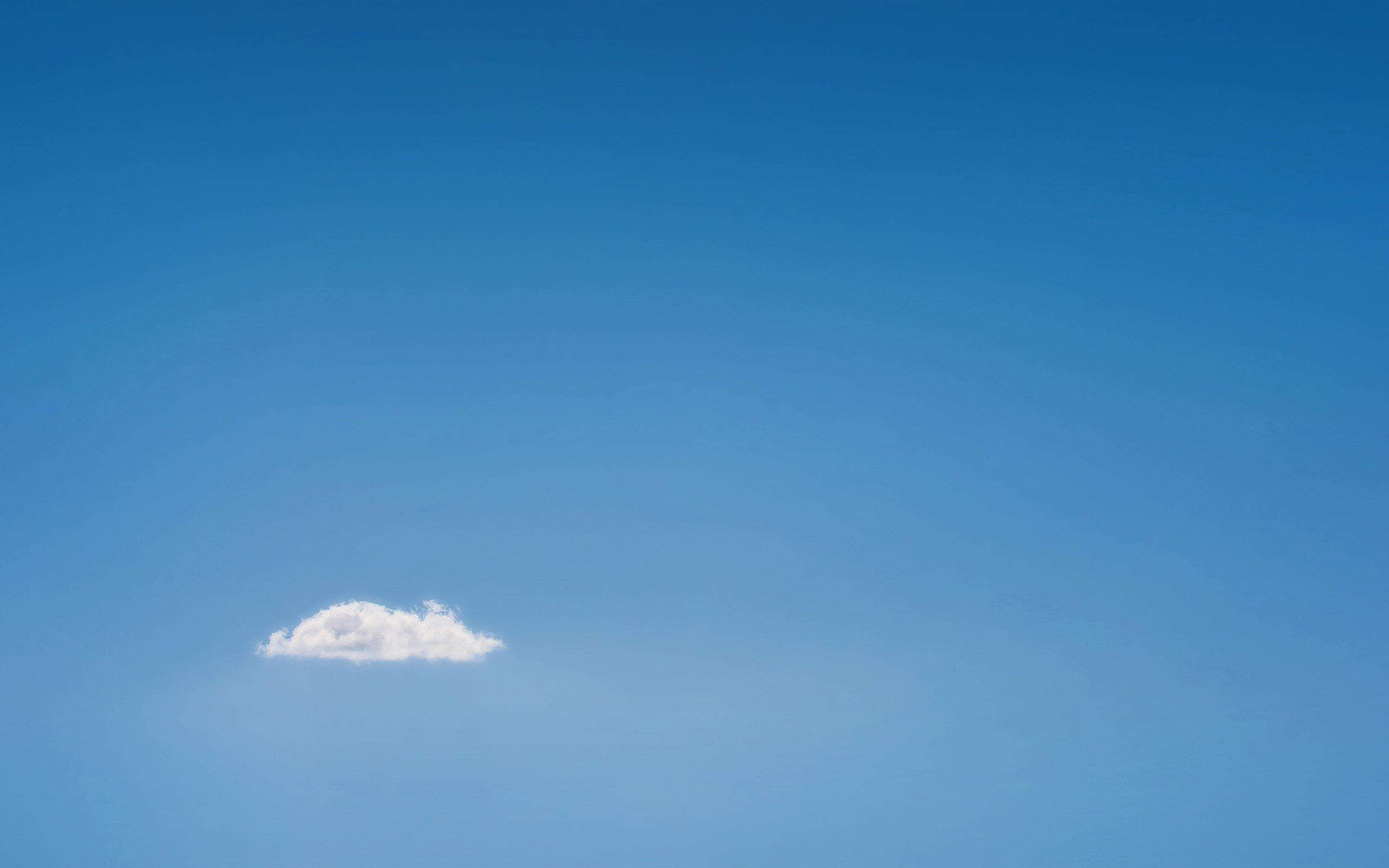