Structure from Motion (with python code) 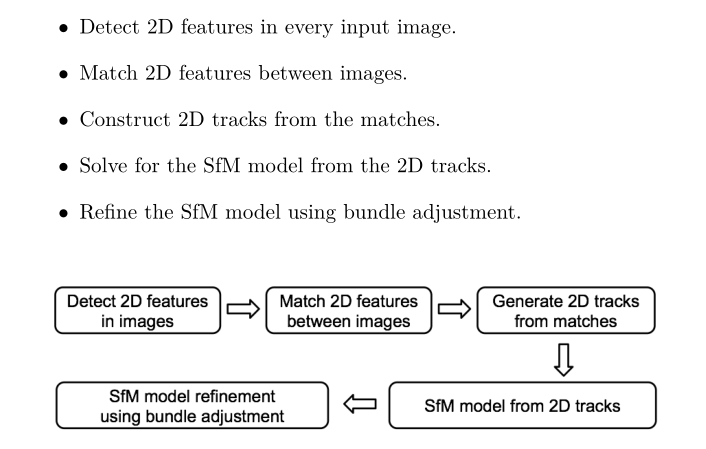 3. Construct 2D tracks from the matches

After the matching relationship is established, a track list needs to be generated, which refers to the photo collection of points with the same name, such as the first picture
Point 13 of and point 14 of the second sheet and point 115 of the fifth sheet are points of the same name, then (1,13)
(2,14) and (5115) belong to a track. Based on this, a track set can be generated and generated at the same time
It is also necessary to eliminate useless matches when forming a track:

4. Solve for the SfM model from the 2D tracks