Spam filtering based on Naive Bayes in machine learning

Naive Bayesian method is a classification method based on Bayesian theorem and the assumption of feature conditional independence. For a given training set, firstly, the joint probability distribution of input and output is learned based on the independent assumption of characteristic conditions (the naive Bayes method, which obtains the model through learning, obviously belongs to the generative model); Then, based on this model, for a given input x, the output y with the maximum a posteriori probability is obtained by using Bayesian theorem

There is a jar containing 7 stones, of which 3 are white and 4 are black. If a stone is taken randomly from the jar, what is the probability that it is a white stone

Seven stones are placed in two barrels as shown in the figure. How should the conditional probability be calculated  ？

The calculation formula of conditional probability is as follows:

Therefore, the joint probability distribution can be obtained from the conditional probability formula

Apply the full probability formula to the denominator:

Bring conditional independence hypothesis 4.3 into the above formula to obtain the basic formula of naive Bayesian classification:

The denominator in the above formula is the same for all categories and will not affect the calculation results. Therefore, the naive Bayesian classifier can be simplified to

(2) Prepare data: parse the text file into an entry vector.

(3) Analyze data: check entries to ensure the correctness of parsing.

(6) Using algorithms: build a complete program to classify a group of documents 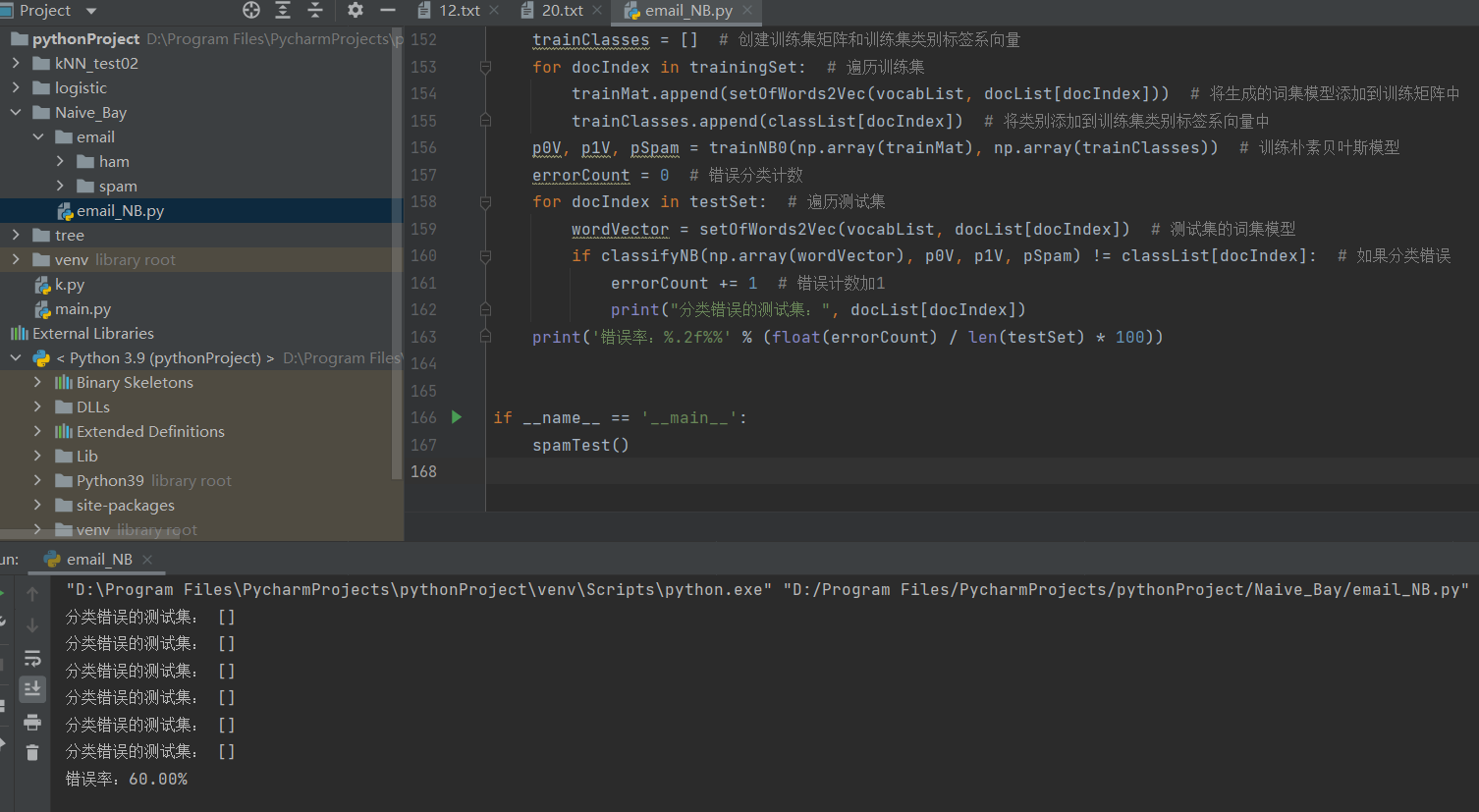 Advantages: it is still effective in the case of less data, and can deal with multi category problems

Disadvantages: it is sensitive to the preparation method of input data; Because of simplicity Bayes Because of its "simplicity" characteristics, it will bring some loss of accuracy