Distinguish clearly: lock is an API open to the outside world, while AQS synchronizer is a container for thread management. Tasks are distinguished and AQS is studied.

The final implementation of abstract synchronization queue is: Fair lock or unfair lock 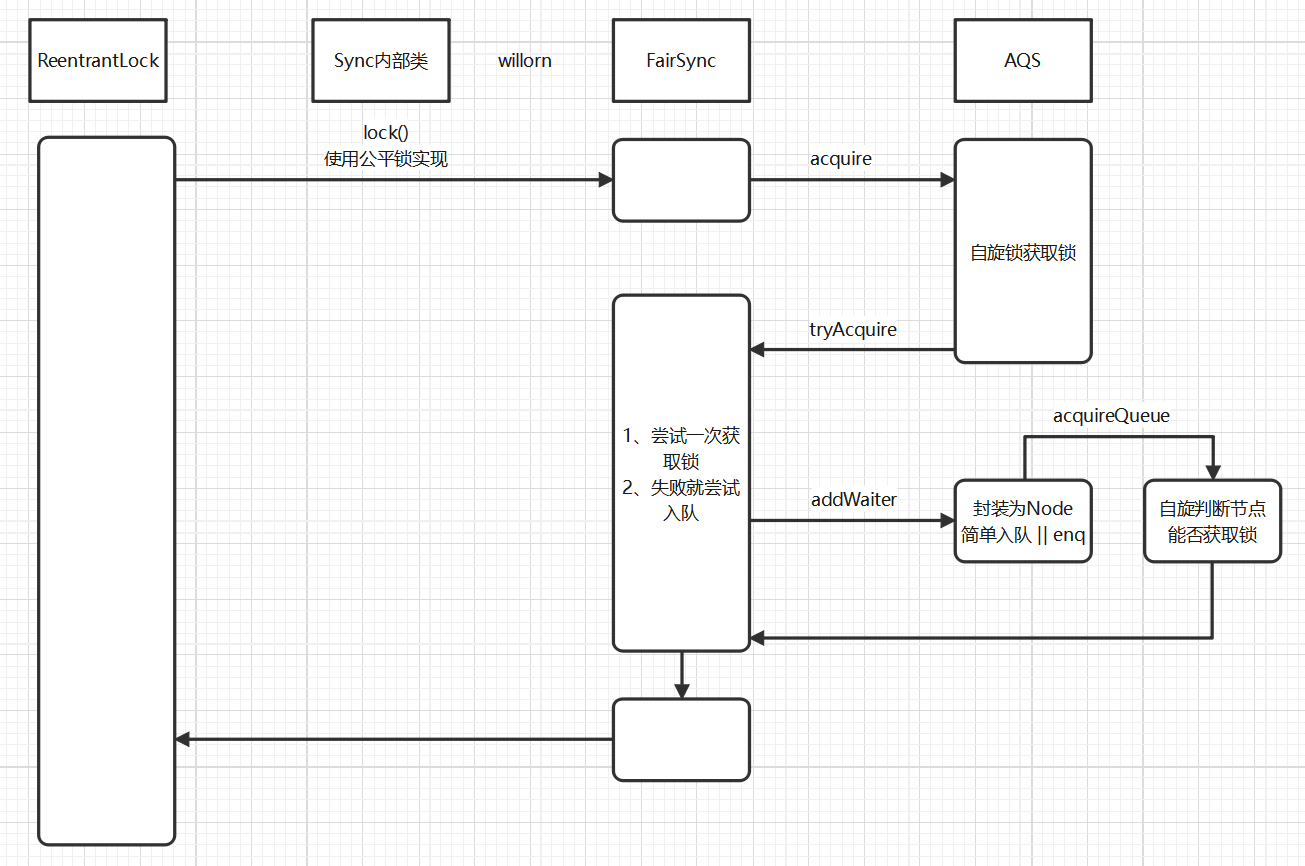 AOS: Specifies the thread of the current exclusive lock.

2. The queue structure is composed of Head and Tail nodes, and the visibility is guaranteed through volatile modification

4. If the synchronization status cannot be obtained, the node will be spin locked. After a certain number of spin failures, the thread will be blocked. Compared with the CLH queue, the performance is better [lock grabbing method: adaptive spin lock]

Status of the node

When trying to get the lock, there are only two situations that can succeed:

2) Own person (involving re-entry of lock)

addWaiter: ① encapsulate the current thread as a Node node, ② add it to the bidirectional linked list (waiting queue) of the above lock (enq)

1. pred (waitState) is 0, and the current node does not need to be blocked.;

The main purpose here is to release resources, update the synchronization status, and then wake up the next waiting thread.

Why do all changes operate on the Next pointer instead of the Prev pointer?

When cancelAcquire is executed, the front Node of the current Node may have been out of the queue (the shouldParkAfterFailedAcquire method in the Try code block has been executed). If the Prev pointer is modified at this time, it may lead to the Prev pointing to another Node whose queue has been removed. Therefore, this change of the Prev pointer is unsafe.