Some understanding of semaphores, mutexes, mailboxes and message queues in RTOS

If a resource allows multiple tasks to access at the same time, a counting semaphore can be used. If a task requests to obtain a semaphore each time, the semaphore count will be reduced by one until it is reduced to 0, and other tasks will not be allowed to apply for acquisition again, that is, the maximum number of tasks accessing resources at the same time can be controlled through the initial value of the semaphore. 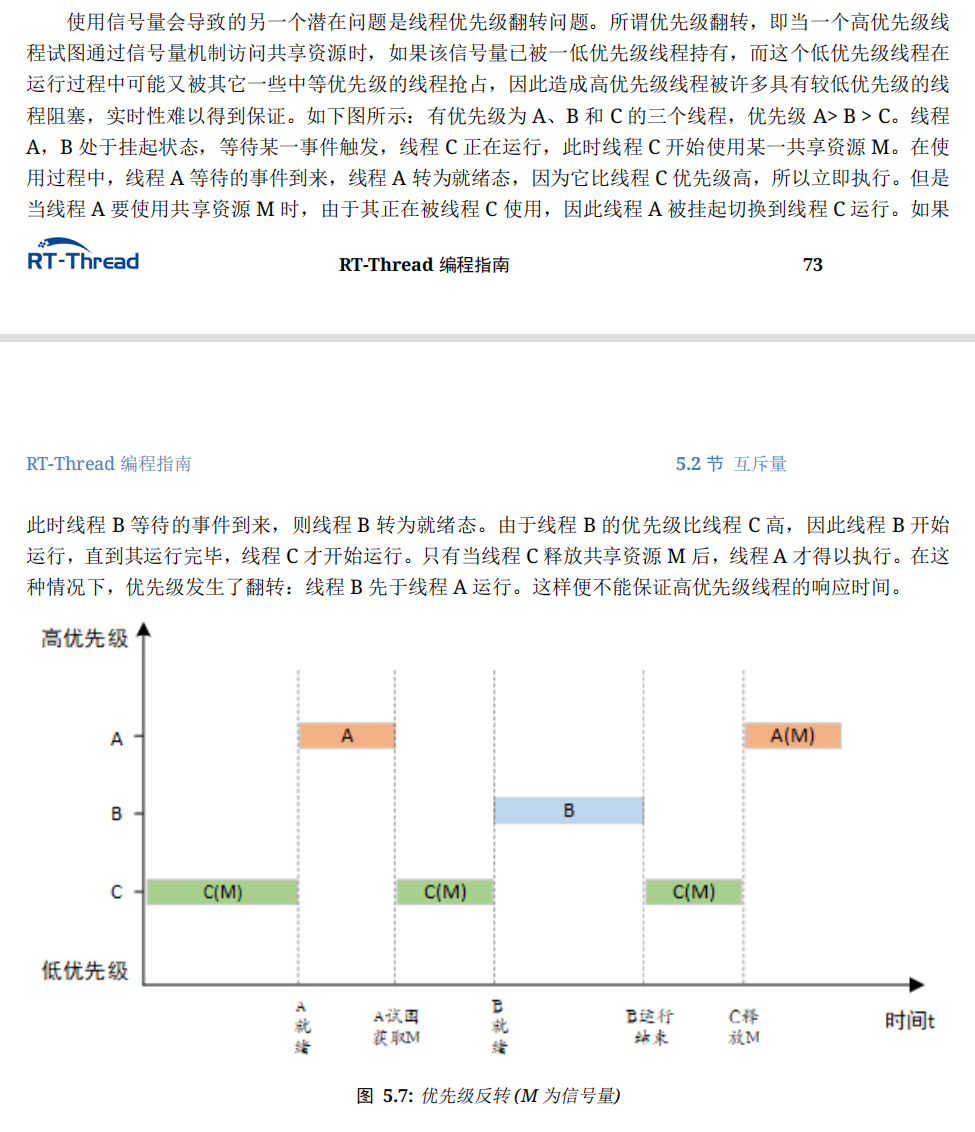 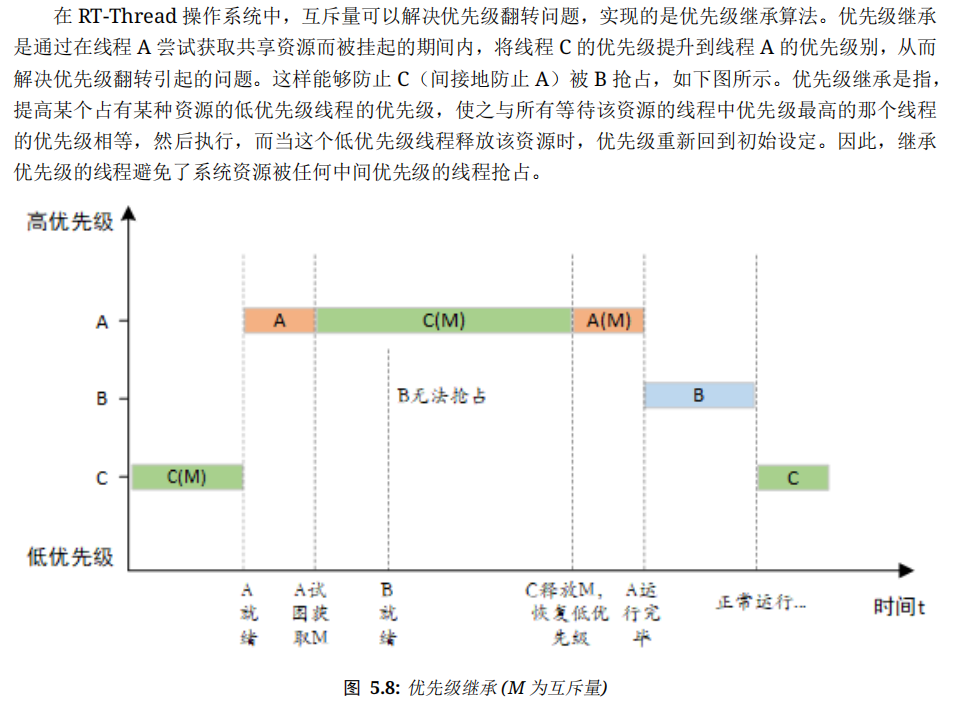 In addition, mutexes also support reentry, that is, multiple acquisitions. At this time, mutexes need to be released as many times as they have been acquired before they can be fully released. And the mutex belongs to a task. The task that obtains the mutex must release the mutex. Other tasks cannot release the mutex.

Deadlock, also known as locking, refers to two tasks waiting for each other's occupied resources without limit. The detailed description is as follows, which is intercepted from embedded real-time operating system uC/OS-III: 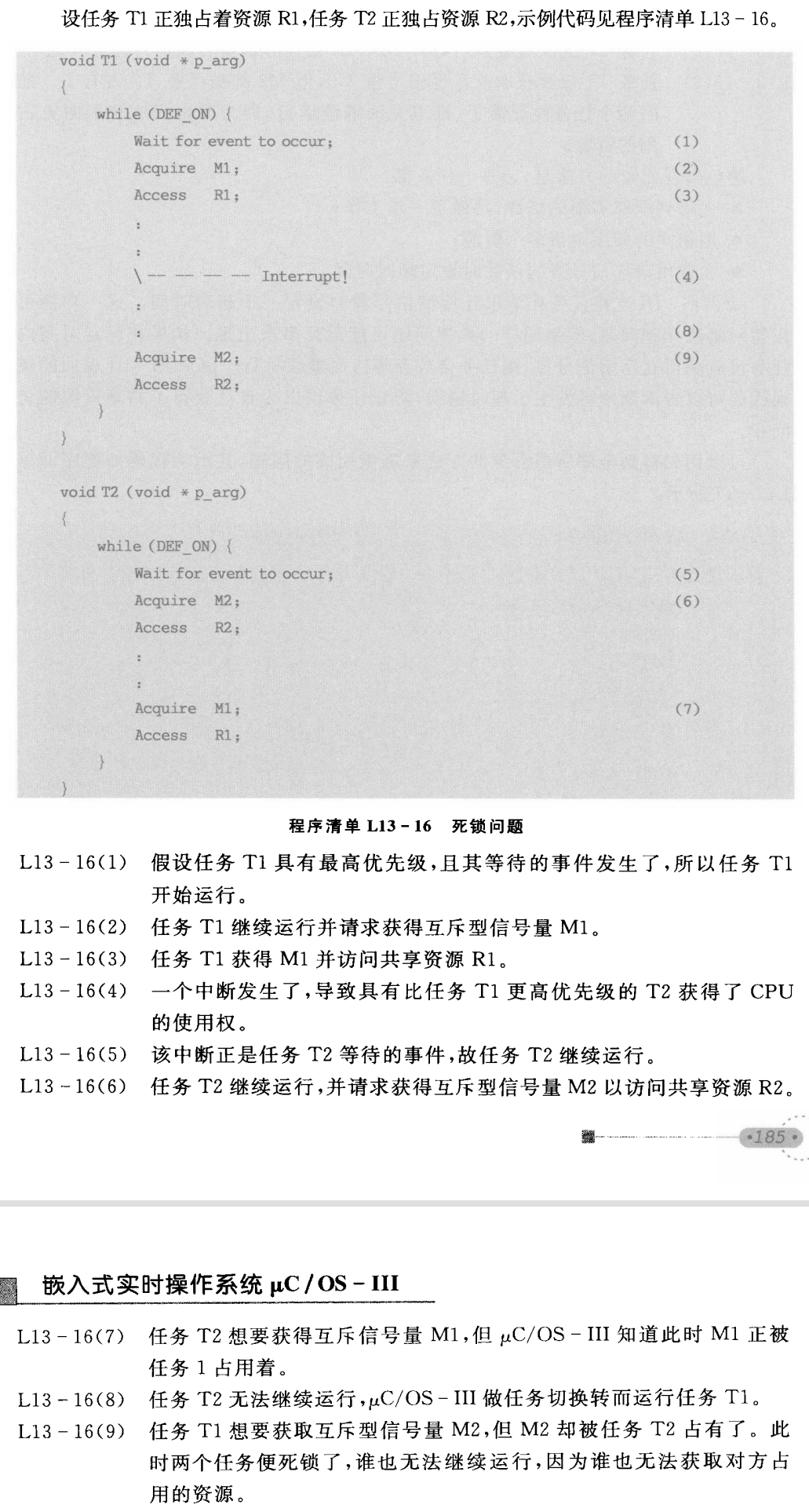 There are three ways to avoid deadlock:

The most effective method is method (1). By accessing resources in the same order, you can avoid cross access between two tasks and two resources. If the order of using resources in a task is fixed, you can first obtain the access permissions of all resources and then access resources, so as to avoid deadlock. Method (3) can only temporarily avoid deadlock, but it will lead to system error. It is not recommended.

uCOS-II has a static global structure array OSQTbl[OS_MAX_QS], which contains all available message queues in the system. Each time a message queue is created, a node is taken from this array.

In uCOS-III, the concept of mailbox is cancelled and only message queue is used. In the code, a message pool is defined:

The message queue control block is defined as follows:

RTT has two concepts: mailbox and message queue. Its mailbox concept is different from that of UCOS II. RTT mailbox is implemented based on an array. The members of the array are 4-byte variables, which can be data addresses or variables. This array is the message pool of the mailbox and is allocated fixedly when creating the mailbox. Therefore, the RTT mailbox transmits a fixed 4-byte data every time when transmitting data, takes a 4-byte variable from the message pool every time sending mail, and releases a 4-byte variable when receiving mail. The mailbox control block stores the data addresses of the sending mail (in_offset) and receiving mail (out_offset) of the current mailbox, as well as the number of mail entries in the current mailbox.

The mailbox control block is defined as follows:

The message queue control block of RTT is defined as follows: