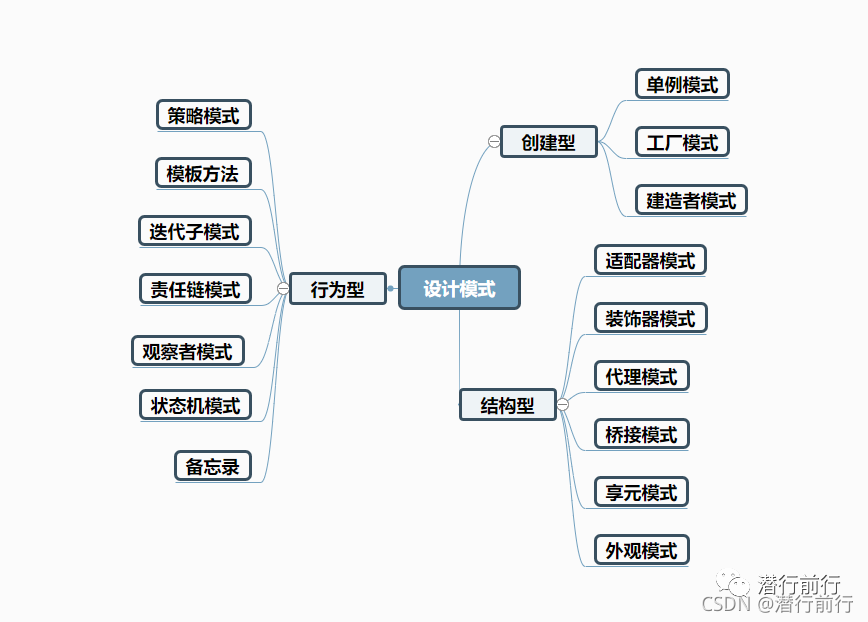 Singleton object can save system resources, and the cost of creating and dying an object may be very small. But for daily service interfaces, even small companies have more than 100000 QPS. Every time the function runs, new objects are created to respond to requests. The creation and destruction of more than 100000 objects is a big overhead. Therefore, the bean objects constructed by spring management are generally single instances. Moreover, the singleton mode can better solve the problem of concurrency and facilitate the synchronization of data

It mainly solves the creation of a complex object in the software system, which is usually composed of sub objects of each part with a certain algorithm; Due to the change of requirements, each part of this complex object often faces drastic changes, but the algorithm that combines them is relatively stable

Connect upstream and downstream functions. Generally, the existing functions are incompatible with the interfaces required by the product, and conversion and adaptation are required. The conversion between PO, BO, VO and DTO model objects is also an adaptation process

The bridging pattern focuses on the abstraction of functions, so as to build the upper functions based on these abstract interfaces. General java projects will separate the interface from the implementation. The reason is based on the bridge mode. It improves the expansion ability of the system. When the referenced underlying logic has different design and implementation, it can inherit the abstract interface and re implement one set. The old one remains unchanged and conforms to the opening and closing principle of code design

Multiple objects share certain properties. When creating a large number of objects, it may cause memory overflow. Abstract the common parts. If there are the same requests, directly return the same attribute in memory to avoid re creation

The policy pattern focuses on using different policies in different scenarios. When there are many similar algorithms, it is difficult to solve the complexity and maintenance caused by if...else

It has some similarities with the shared meta model. Shared meta model focuses on the sharing of attributes, and is a structural reference, which does not necessarily need inheritance; The template method shares the same behavior and must have inheritance behavior

Loop through multiple identical objects to traverse a collection or array

Event notification: defines a one to many dependency between objects. When the state of an object changes, all objects that depend on it will be notified

Different states respond differently to realize the transfer between states

Record the last status to facilitate rollback. Many times, we need to record the current state. The purpose of this is to allow users to cancel uncertain or wrong operations and restore to the original state