In the past, when using the DTU module, we always created a task. In the while, we kept querying whether the 4G module sent messages, and then processed when there was data. This way wasted CPU resources. The most ideal method is that when there is no network data, the network task will enter the blocking state and give the CPU to other tasks. When there is data, the network task will be executed. The binary semaphore is used. The interrupt service function only needs to release the semaphore, while the binary semaphore is always requested in the network processing function. When the request arrives, it can be processed. If an interrupt only notifies one task, the task notification function can be used to replace the binary semaphore, and the task notification is faster and less code. 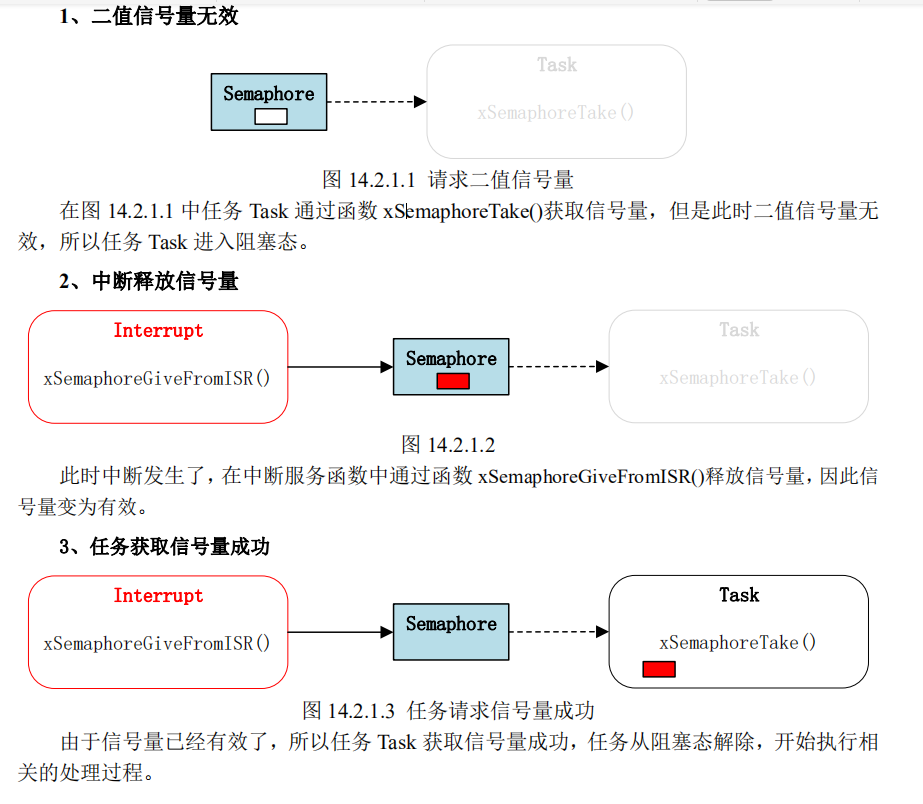 Counting semaphores are used for event counting and resource management.

The operation process is shown in the figure below: 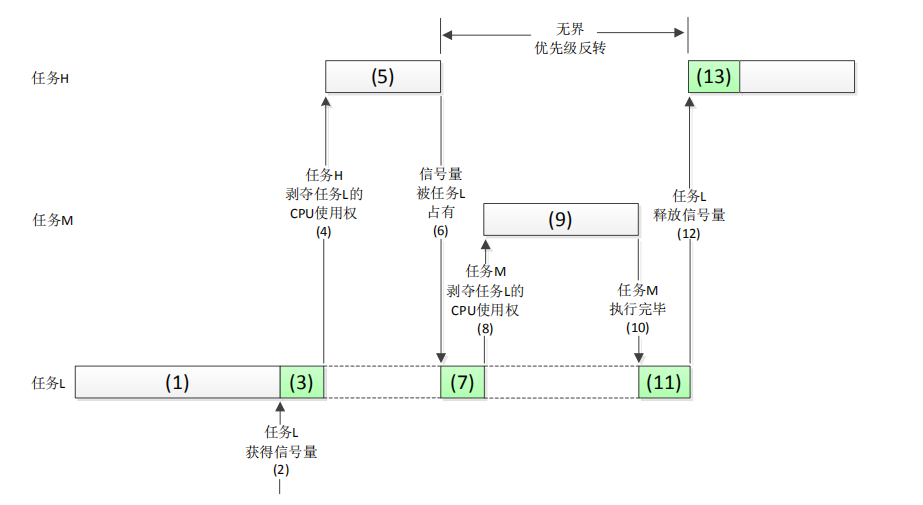 (1) Task H and task M are suspended, waiting for an event to occur, and task L is running.
(2) At a certain time, task L wants to access the shared resource. Before that, it must obtain the semaphore corresponding to the resource.
(3) Task L obtains the semaphore and starts using the shared resource.
(4) Because task H has high priority, it deprives task L of CPU usage after the event it waits for occurs.
(5) Task H starts running.
(6) During the operation of task H, the resource being used by task L should also be used, because the semaphore of the resource is also used by the task
When L is occupied, task H can only enter the suspended state and wait for task L to release the semaphore.
(7) Task L continues.
(8) Since the priority of task M is higher than task L, task M deprives the task after the event that task M waits for occurs
L's CPU usage rights.
(9) Task M handles what should be handled.
(10) After the execution of task M, return the CPU usage right to task L.
(11) Task L continues.
(12) The final task L completes all the work and releases the semaphore. So far, the real-time kernel knows that there is a high
Priority tasks are waiting for this semaphore, so the kernel does task switching.
(13) Task H obtains the semaphore and then runs.

Priority inheritance is an optimization mechanism proposed to solve the priority inversion problem. The general principle is to temporarily raise the priority of low priority tasks when they obtain a mutex semaphore (if a high priority thread also needs to use the mutex semaphore). Previously, it could execute faster and release synchronization resources. Release the synchronization resource before restoring its original priority.

3. Use of mutually exclusive semaphores

2. Get and get recursive semaphores