Life kisses me with pain, but I return it with song. 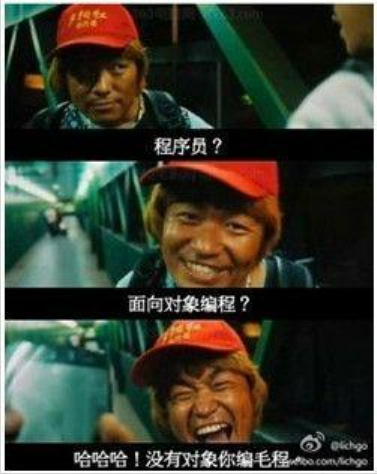 Foreword: What is object-oriented programming 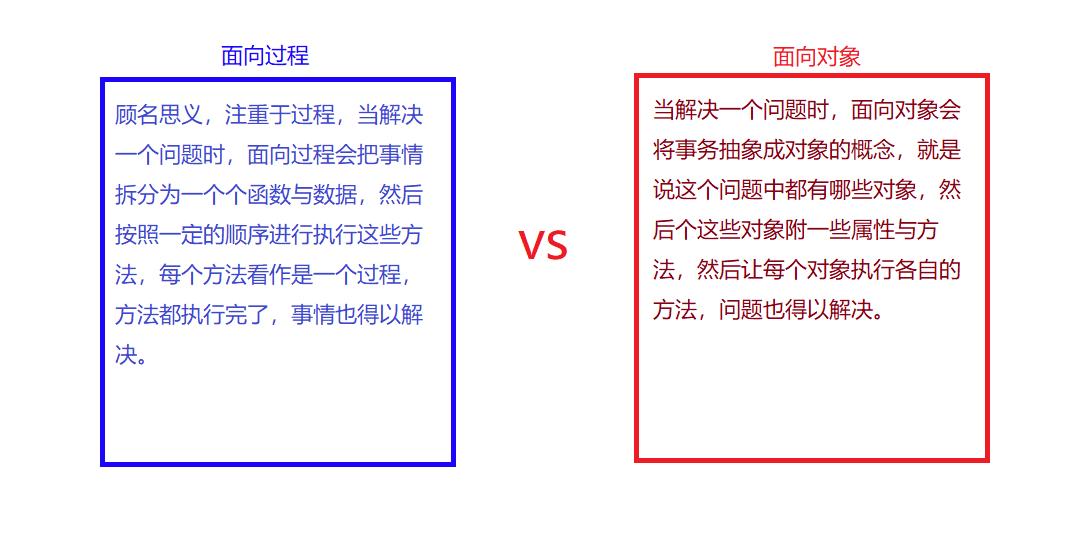 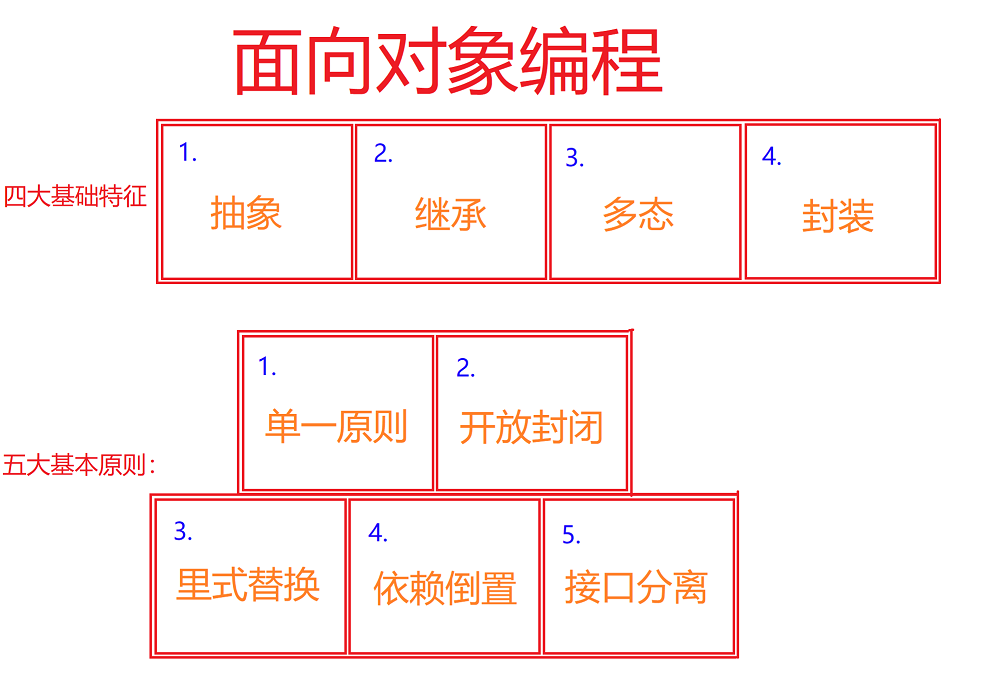 (For example, Zhang San has an older son named Wang Dali, so he can't name his second son or Wang Dali. But the son of the five next-door Kings can call Wang Dali, because they are two families, and you can't care what their son calls. You have the same name as a stranger. Most people have it).

java provides us with classes that have been written by developers for us to use. For example:

With the code above, we refer to the Scanner class in the java.util package, and then we can use it. If you want to use another class in util, we can do so, which saves a lot of time. (JAVA doesn't increase the extra space requirements by importing a package and using only one of the classes, it introduces that class and uses that class instead.)

There are many more classes that can be directly introduced and pasted with a piece of software.
You can find it here. 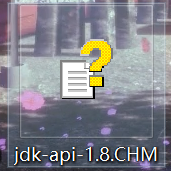 What if the code below appears. 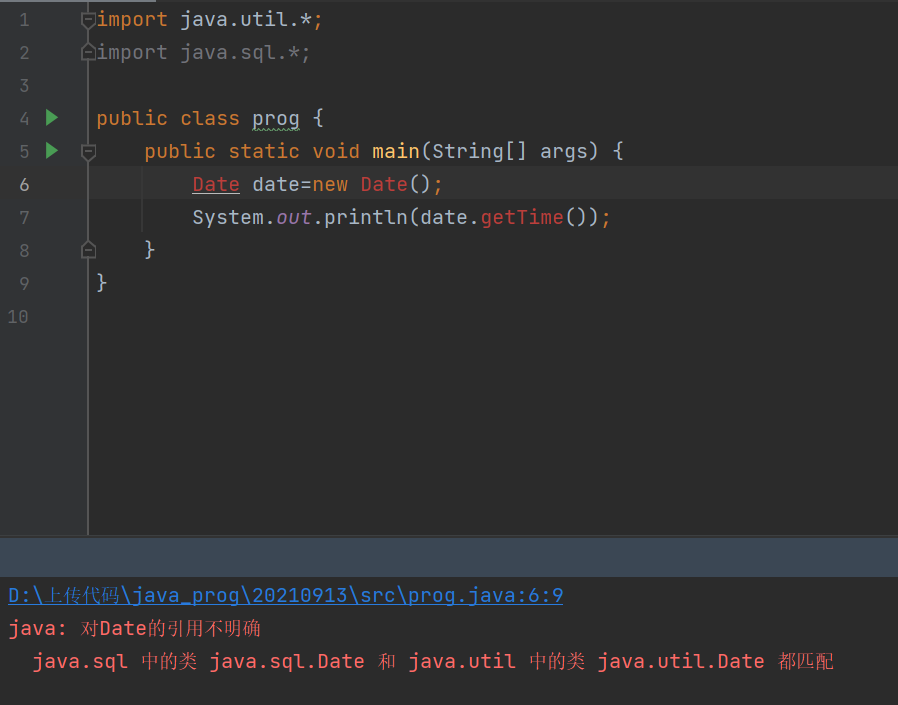 There is a Date class in both the util and sql packages, and an error will occur when compiling. The system does not know that you are the Date class in the package you are referencing. In this case, use the full class name.

2. How classes fit into packages 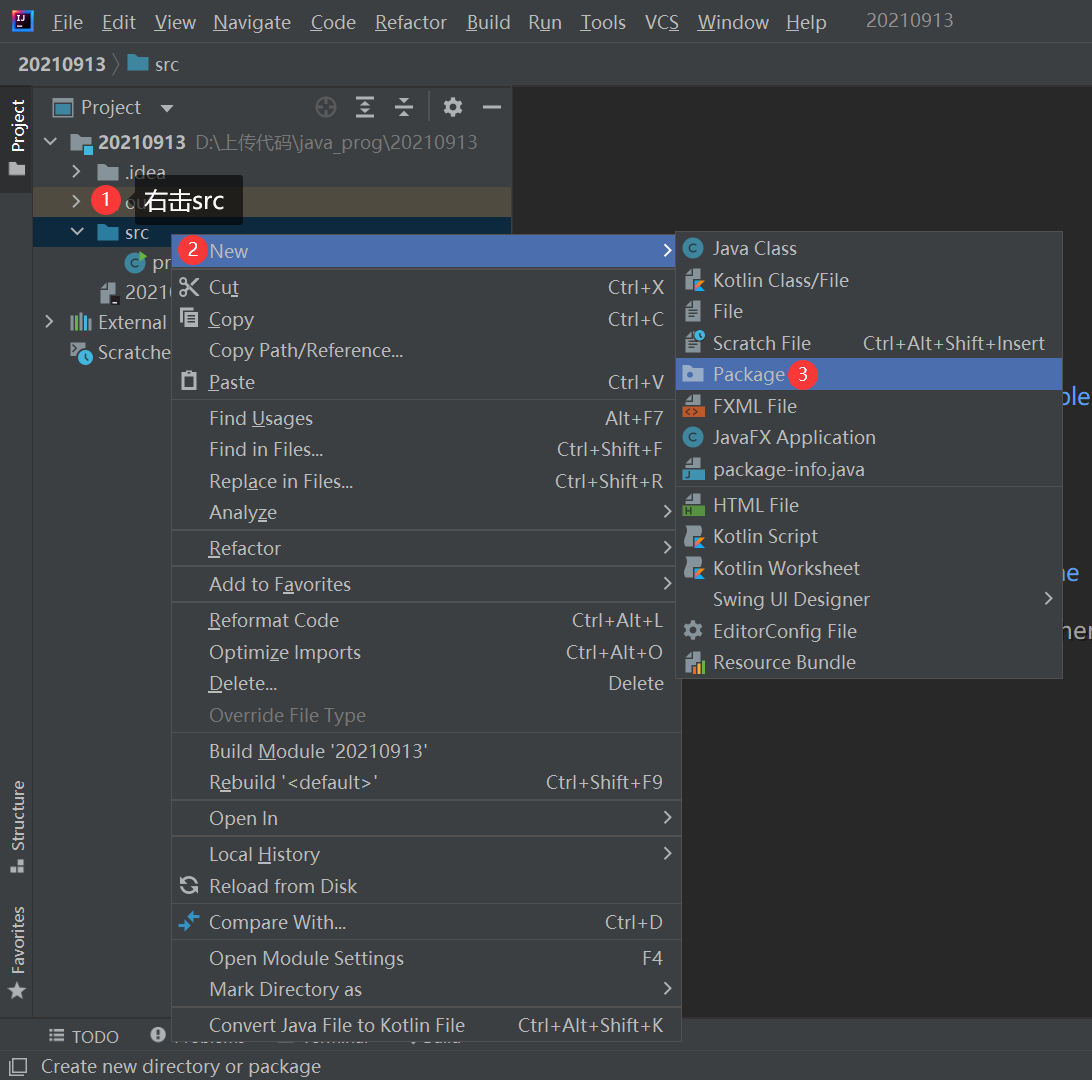 A window will pop up to let you enter the package name. 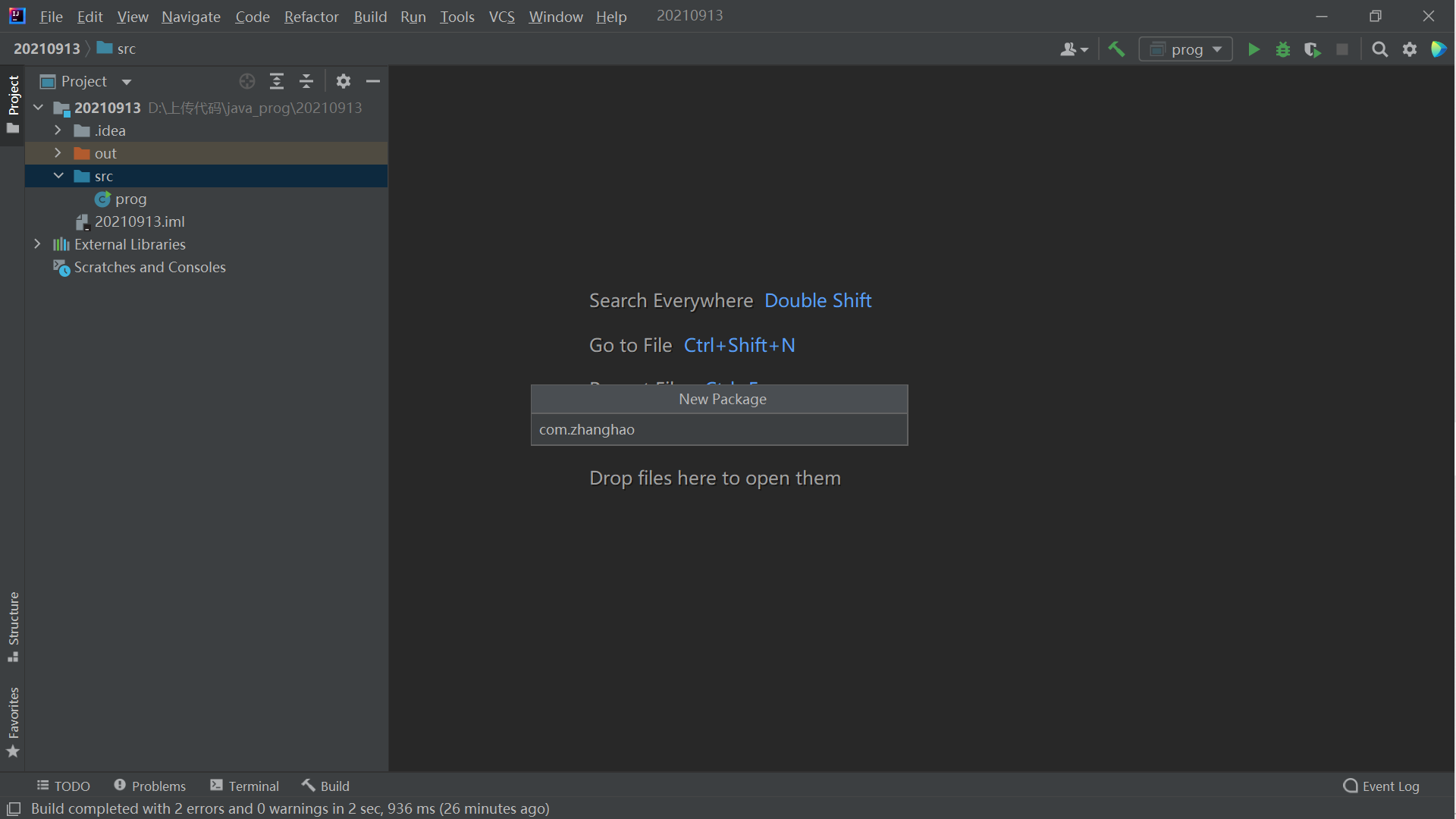 This package will be created on the left side 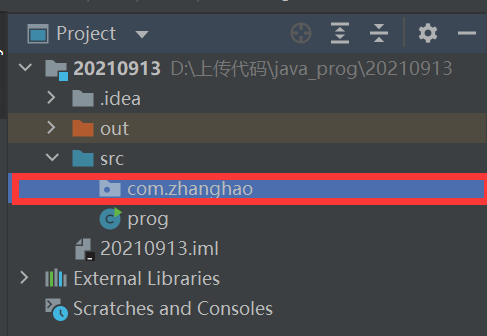 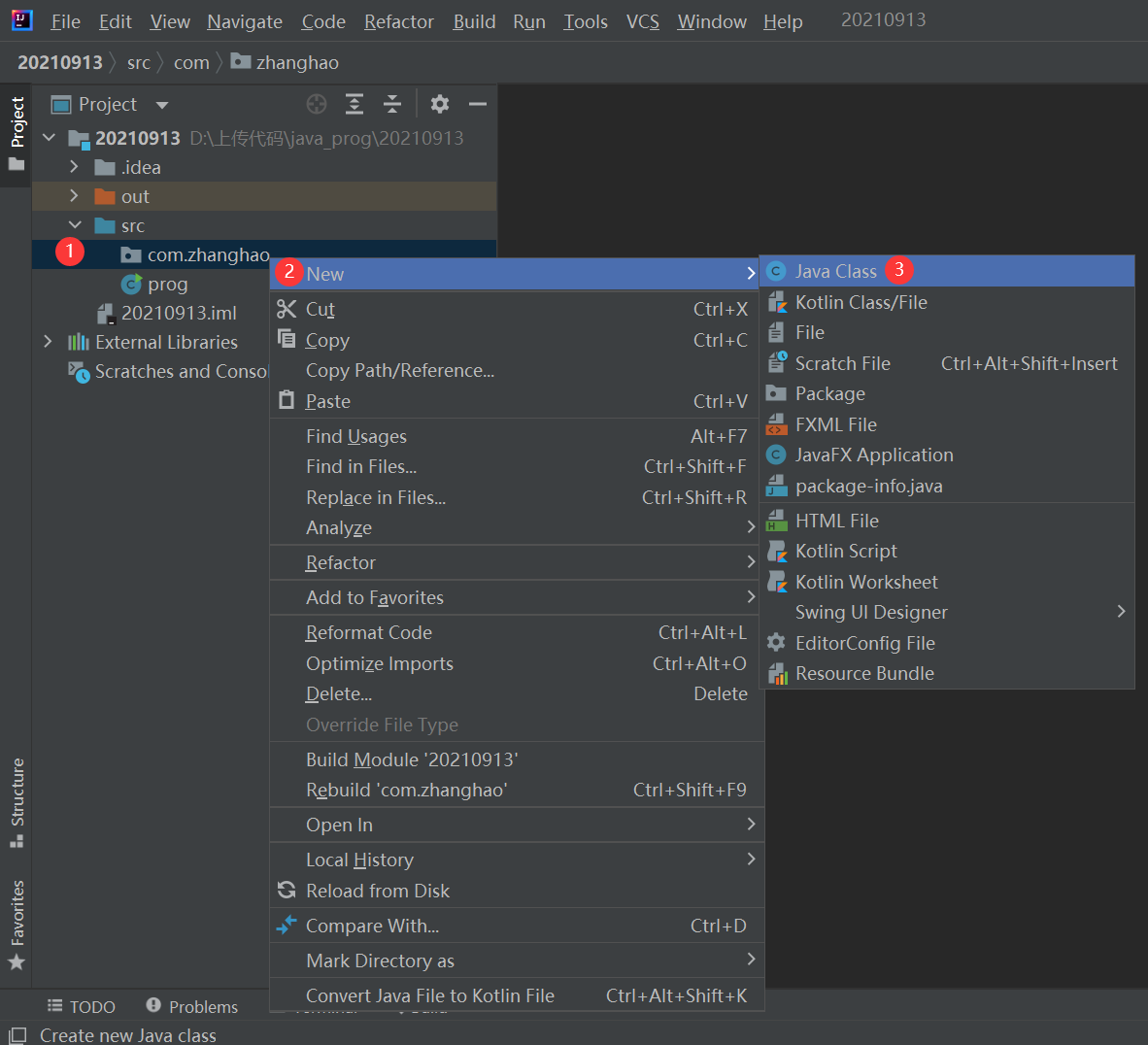 Once the class name is entered, the class is created successfully and a package statement is automatically formed at the top. 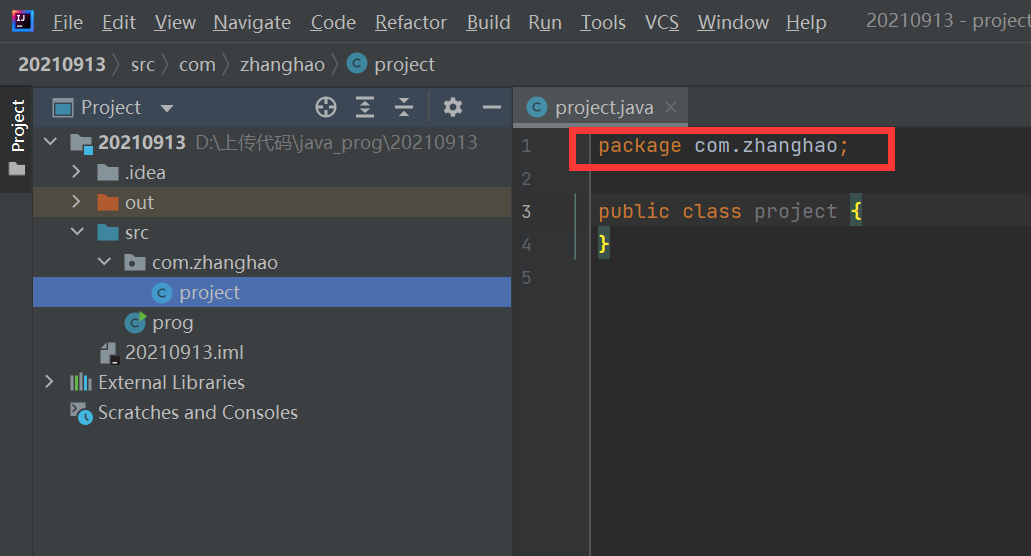 Inheritance is a method that allows an object of one type to acquire the properties of another type of object. It supports the concept of hierarchical classification. Inheritance is the ability to use all the functions of an existing class and extend those functions without rewriting the original class. New classes created by inheritance are called subclasses or derived classes.Inherited classes are called "base classes", "parent classes" or "superclasses". The process of inheritance is from general to special. To achieve inheritance, the properties and methods of the parent class can be realized through "inheritance" and "combination" without the need for additional encoding. Interface inheritance refers to the ability to implement only using the names of the properties and methods, but the subclasses must provide the ability to do so.
Knowing what inheritance is, we'll impress you with the code and pictures below. 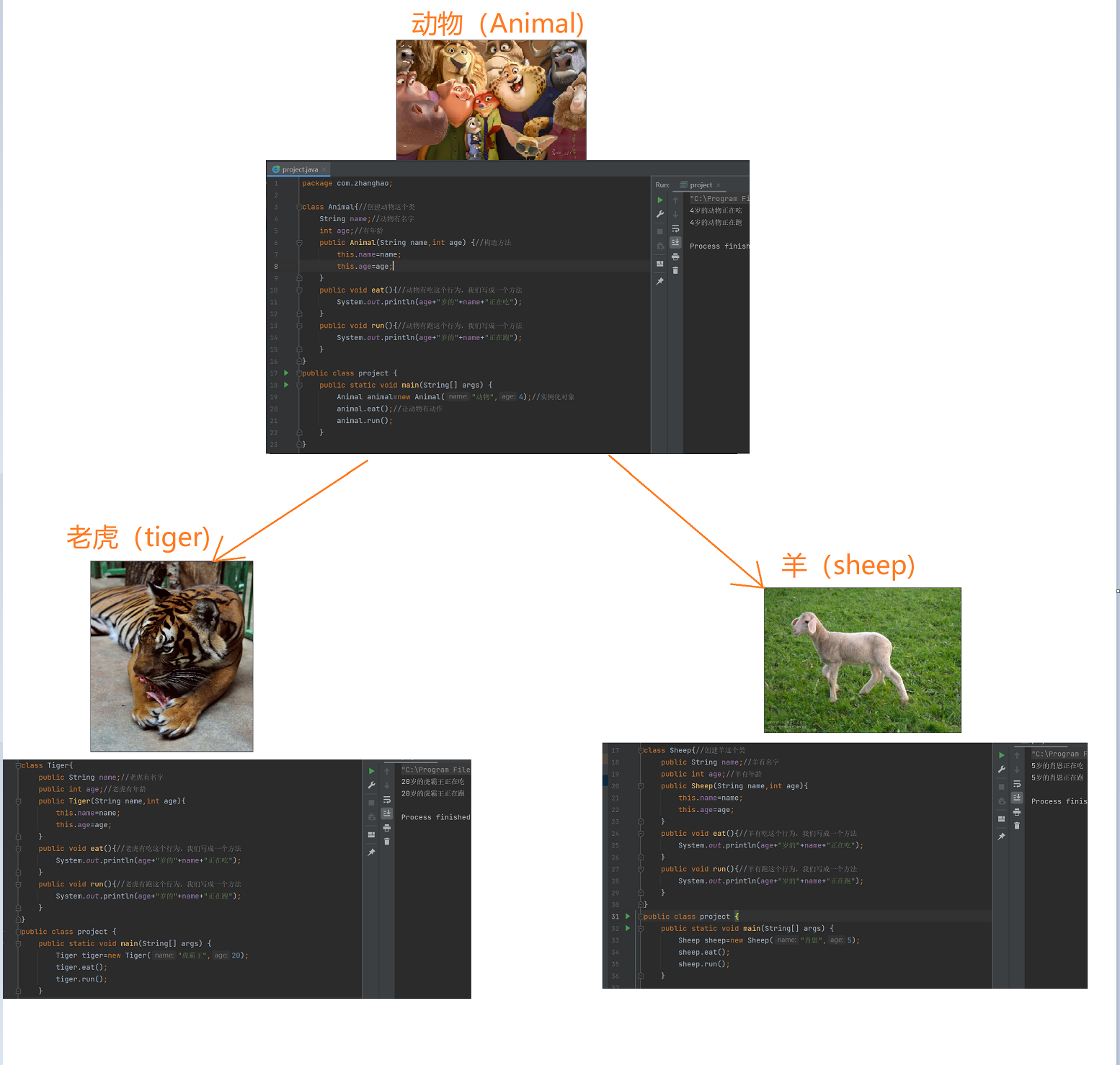 The code in the picture is not clear, so the source code is copied below.

3.This change in the code greatly reduces the repetition and clarity of the code.

Encapsulation has four access rights to properties and methods.

These four levels of access can be understood as:
public > protected > default > private.
There is a classic table to better understand. 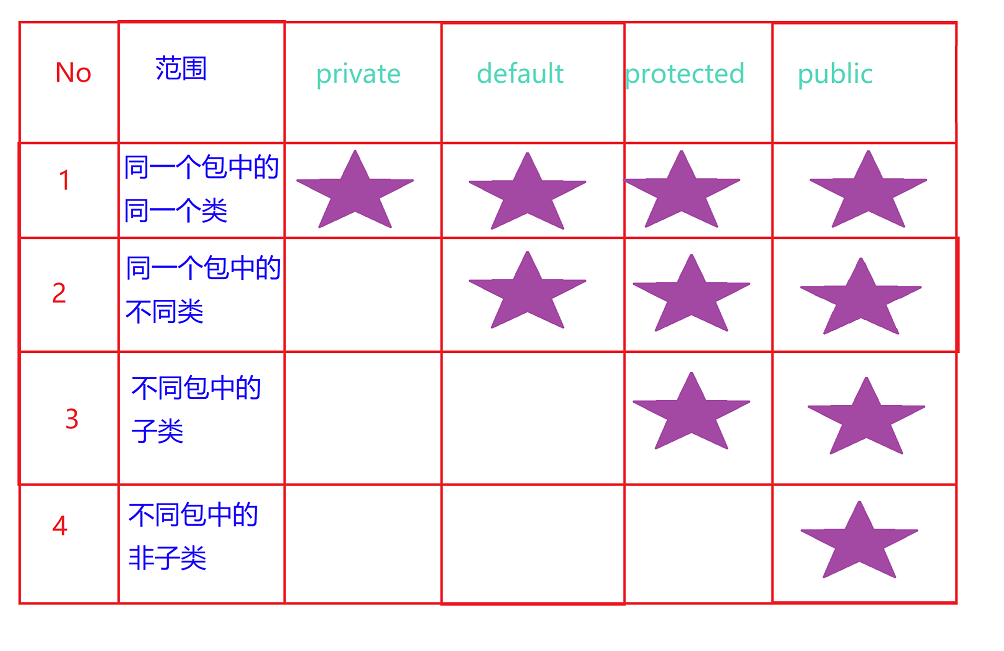 This is where they can be used. When and what access rights to methods or attributes are required, they need to be set up by the programmer himself, using stricter access rights whenever possible.

final can also modify classes:
The final-modified class representation cannot be inherited, and the function of the final keyword is to restrict the class from being inherited
"Restriction" means "inflexibility".Flexibility is not always a good thing in programming.Flexibility may mean more error prone. When a class decorated with final is inherited, errors are compiled, suggesting that such inheritance is contrary to the original intent of the class design.

This means that objects with different internal structures can share the same external interface. This means that although the specific operations for different objects are different, they can be called in the same way through a common class.

We implemented the inherited operation with the code above.

This code can also be written in the form below. 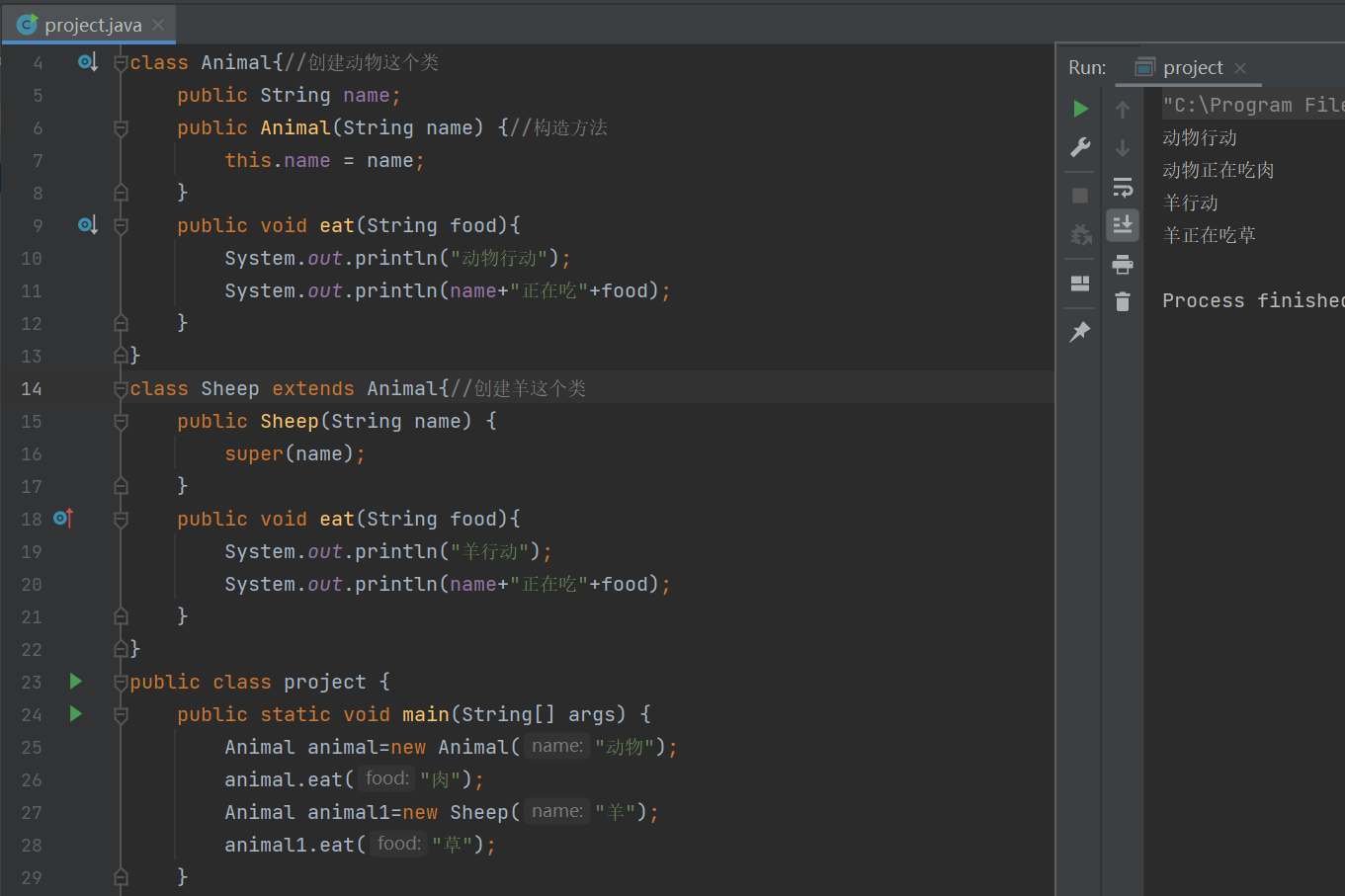 At this point, we can see who calls who, who references who, although both are Animal-type references, when we call eat function, we call it according to the instance we point to, depending on which one we call
Use to point to parent or child objects.This process is determined by the program runtime (not compile time), and is therefore called dynamic binding

public > protected > default > private.
Remember this range of use.
Assume:

There will be compilation errors in the code, that is, when a subclass overrides a parent class's method, the subclass's method cannot be used less widely than the parent's method.

We can add'@Override'to the overridden method so that if there are some writing errors in the method, the code will compile errors to remind us that the override cannot be made. 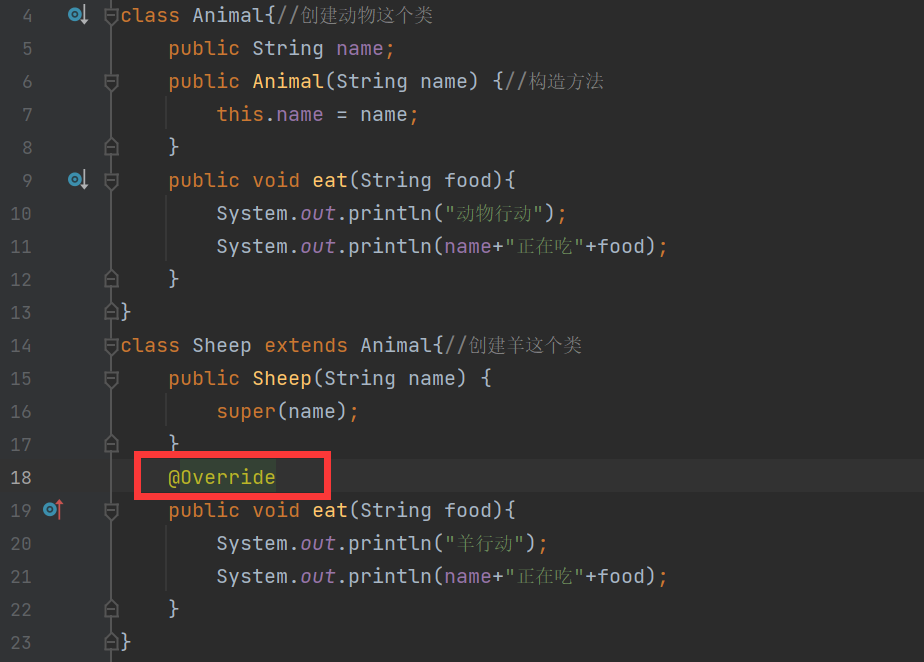 What are polymorphisms? As we have described above, we can now use rewriting, dynamic binding, and so on to design programs that use polymorphisms. 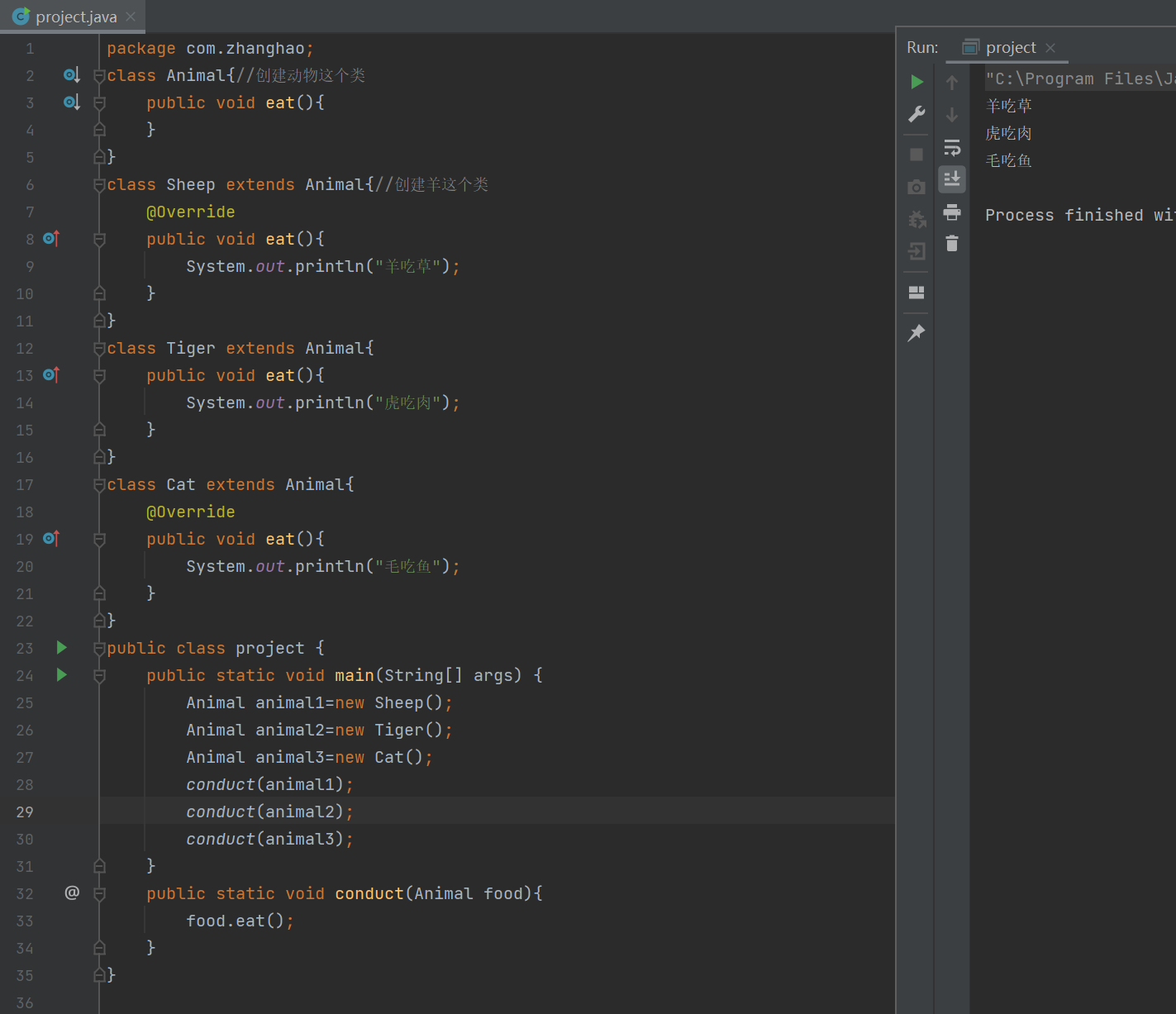 There is a story in the Chinese version of Head First java that lets you know the benefits of object-oriented programming and why you use it. 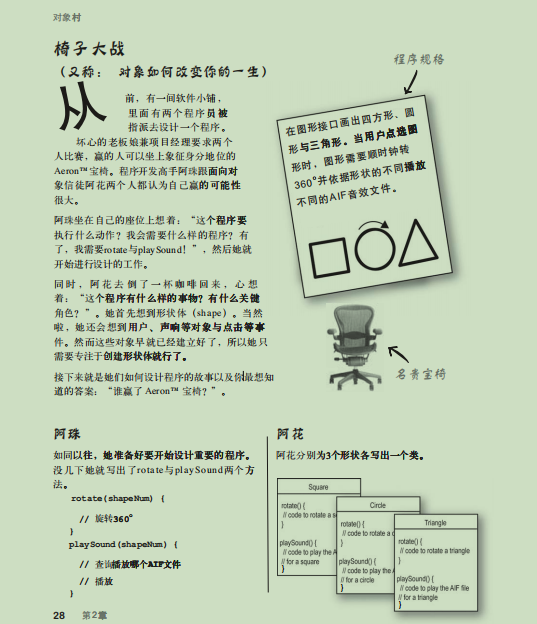 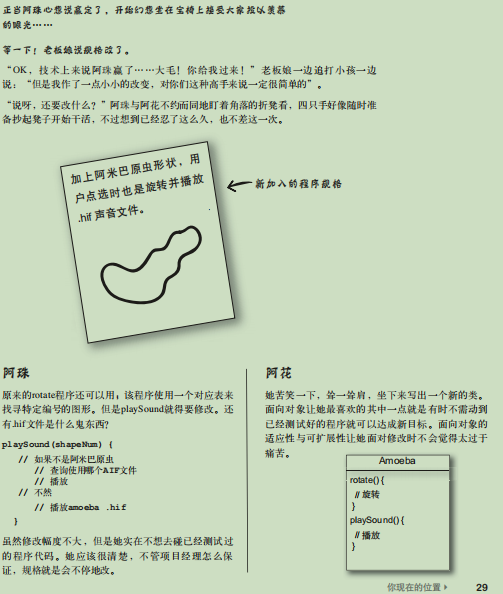 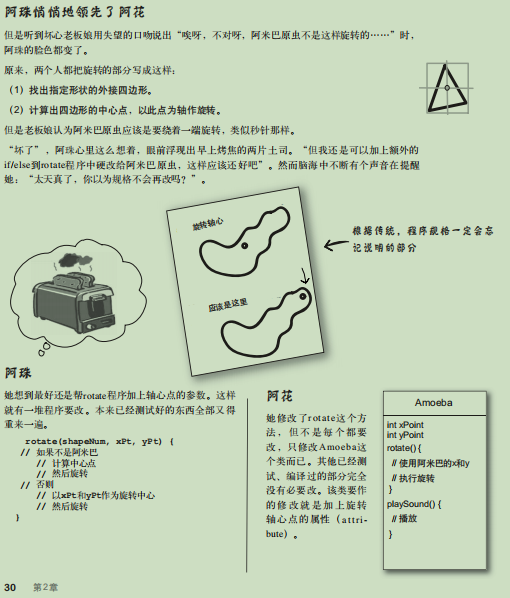 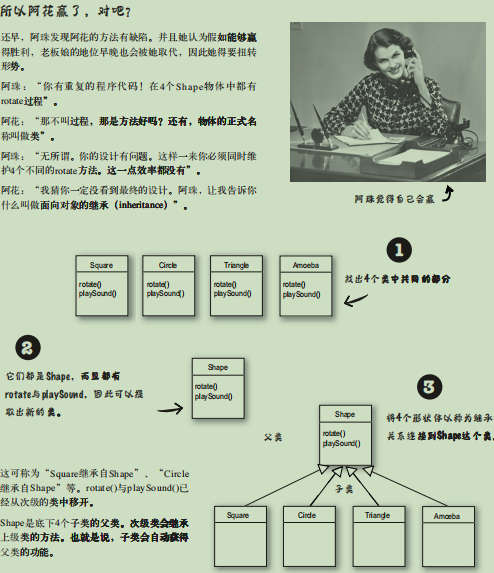 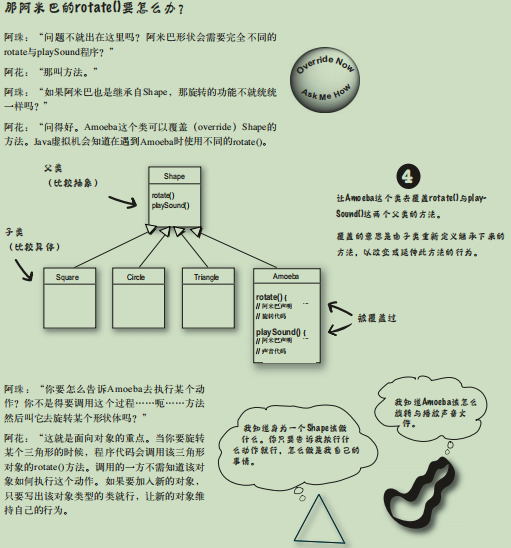 The above code cannot be compiled and should be cast.

There are risks associated with downward transition and caution is required.

This keyword was previously used in our method rewrite code, but what this keyword does is not explained. Now let's talk about it separately

In this code, if eat is called directly (without super) in the eatmethod of the subclass, then it is considered to be calling the subclass's own eat (that is, recursive). The super keyword is added to the method of calling the parent class

The difference between super and this:

If the following code conditions occur, they are not related to super:

Reason:
"Make the object work in the simplest way possible". Try not to call a method in the constructor (dynamic binding is triggered if the method is overridden by a subclass, but the subclass object is not yet constructed), there may be some hidden but extremely difficult problems to find 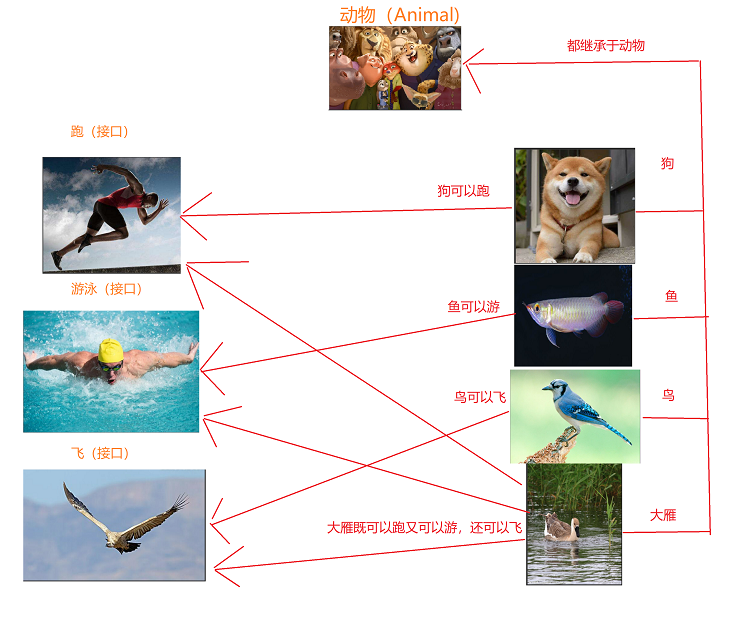 Summary: The code above shows the most common use in Java object-oriented programming: what are the benefits of designing a class that inherits a parent class while implementing multiple interfaces?Keep in mind the benefits of polymorphism and let programmers forget about types.With an interface, the consumer of a class does not have to focus on the specific type, but only on the capabilities of a class.
Concluding remark: Connect more and use object-oriented programming, so that you can exercise your personal abstraction ability, practice more, and practice will make you perfect. Bye, thank you for watching. 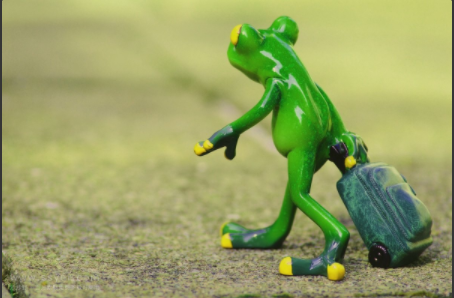