The. ipk file can be installed directly through OpenWrt's package management software opkg, such as the relationship between. deb file and apt. Although the official software warehouse has been very rich, sometimes it is still necessary to compile some third-party software from the source code, such as Ruijie certification

However, because the router platform is usually different from the processor architecture of commonly used servers or personal PC s, and the performance of the router processor itself is weak, it is almost impossible to compile and generate. ipk files directly on the router, so cross compilation is required

Take Debian / Ubuntu as an example, refer to Requirements given on the official website , you can install dependent packages through the following command

After installing / updating these dependencies, you can pull the OpenWrt repository through git

Usually, due to the large warehouse and network speed, it may take a long time. In fact, you can limit the depth of the pulled warehouse through -- depth, or accelerate the pull through the mirror station. Of course, you can also use both at the same time

After entering the openwrt warehouse, you first need to update the package list feeds, which is a collection of packages that share a common location in openwrt. Run the following command to update the list of built-in packages and link to the compilation tool:

The graphical menu interface is usually used to configure and compile options, and configure the processor architecture, specific processor model and equipment in turn

Take Xiaomi mini routers as an example. They should be configured as shown in the figure below 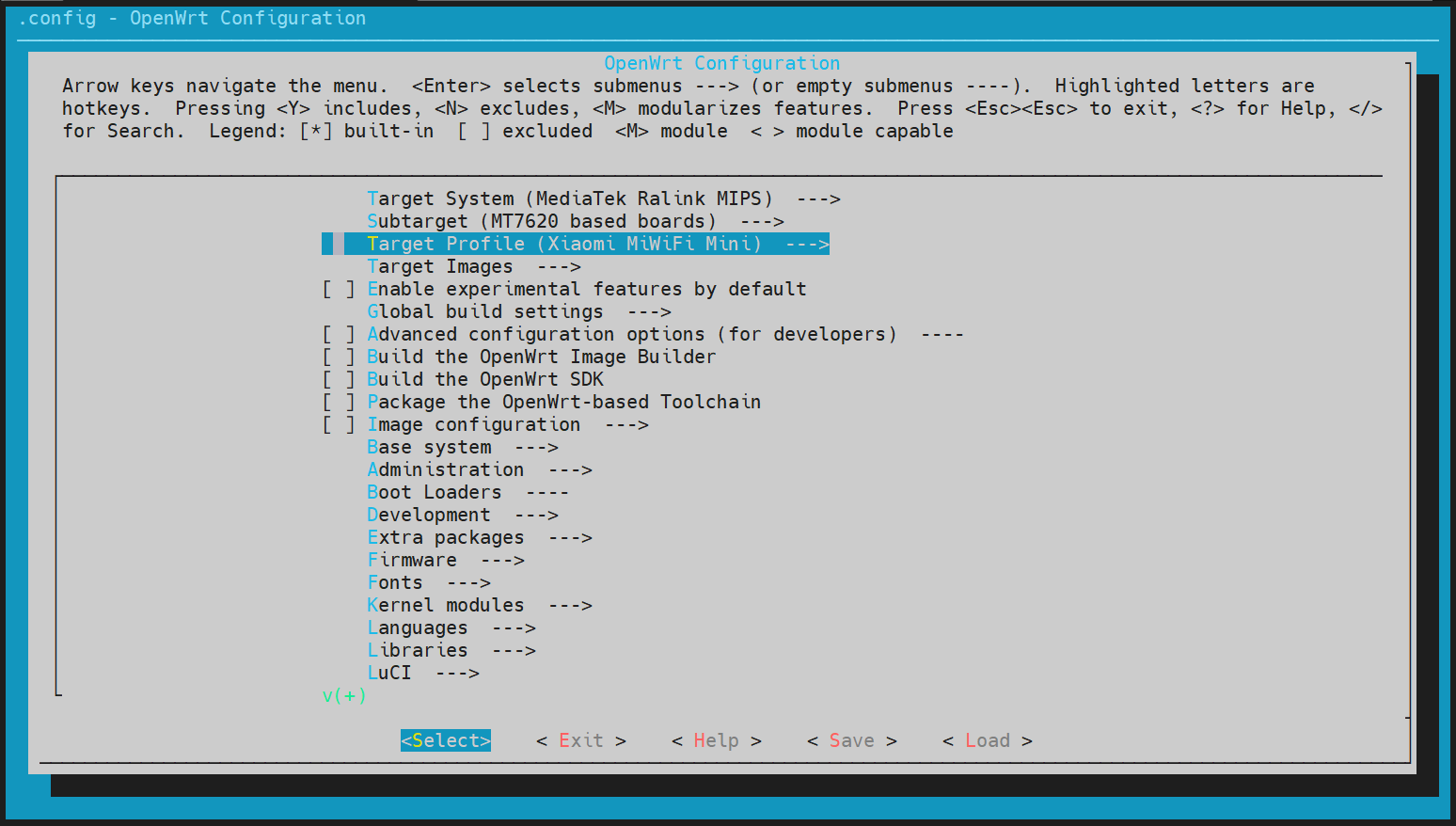 Add a third-party package that needs to be compiled

You can first search whether there is a configured repository containing Makefile. With the adapted Makefile file, you can easily compile the source code and generate. ipk files

Take minieap as an example, github There are already completed warehouses on the, which can be directly pulled and compiled in turn

For minieap, you can find the corresponding option in the Network and configure it as M, as shown in the following figure 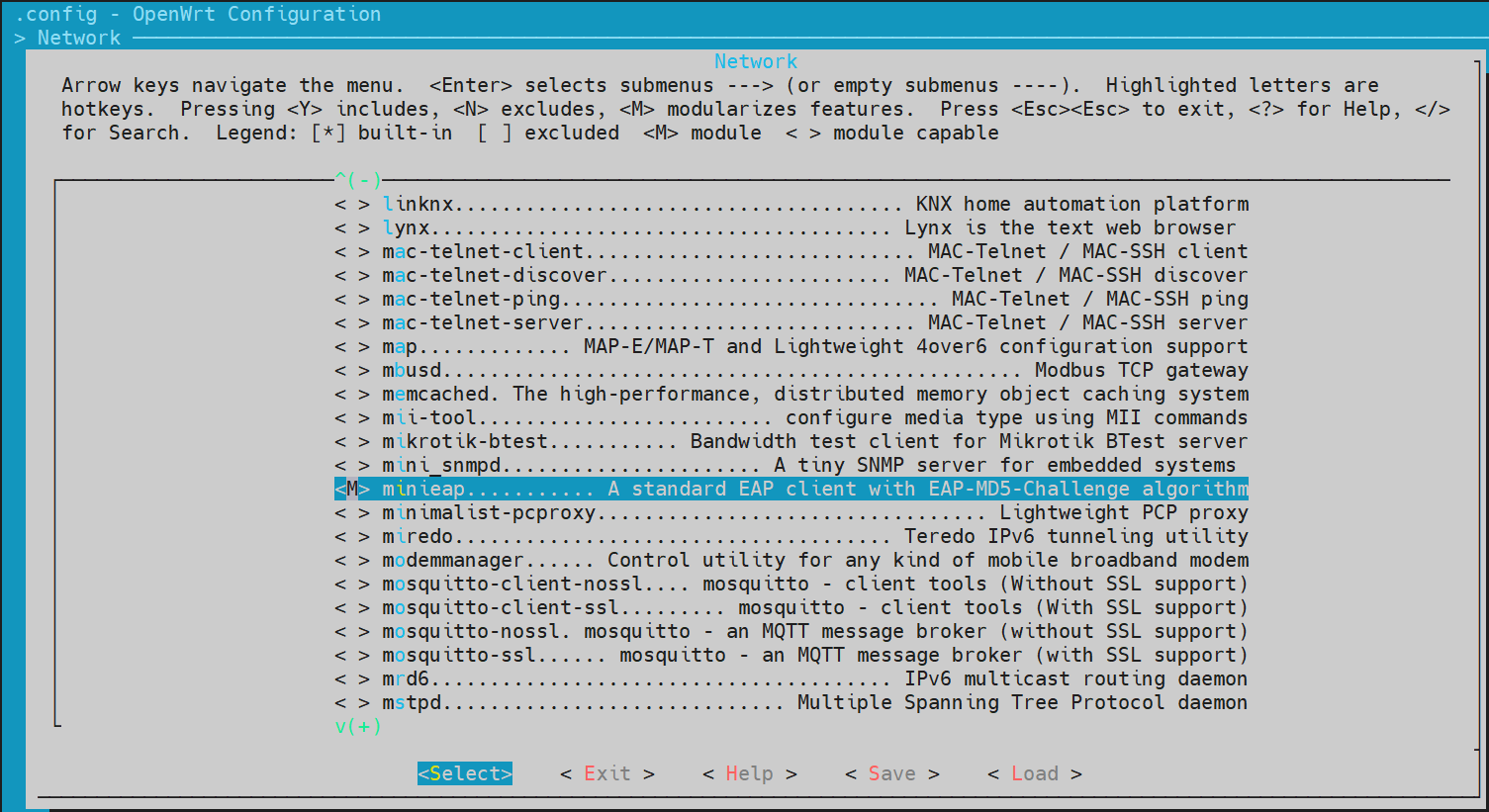 After the configuration is completed, you can compile. The compilation command is also very simple. Take minieap as an example, as shown below

After compilation, the. ipk file will be generated in the. / bin / packages / < yourarchitecture > / base directory. Copy it to the router and install it through opkg