Map is responsible for "dividing", that is, dividing complex tasks into several "simple tasks" for parallel processing. The premise of splitting is that these small tasks can be calculated in parallel and have little dependency on each other.

Reduce is responsible for "closing", that is, summarizing the results of the map phase globally.

Each map may produce a large number of local outputs. The function of Combiner is to merge the outputs at the map end first, so as to reduce the amount of data transmission between the map and reduce nodes and improve the network IO performance.

For example, for the wordcount provided with hadoop, value is a superimposed number,
Therefore, the value of reduce can be superimposed as soon as the map is completed, instead of waiting until all the maps are completed. 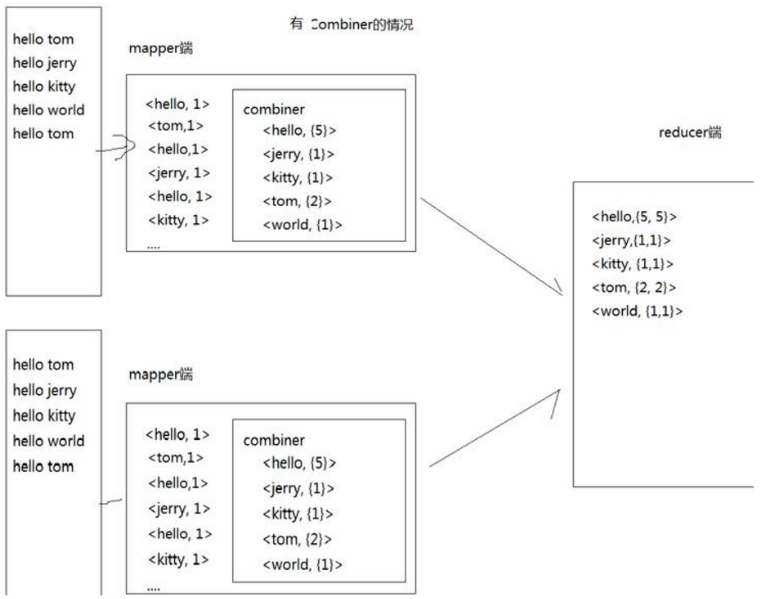 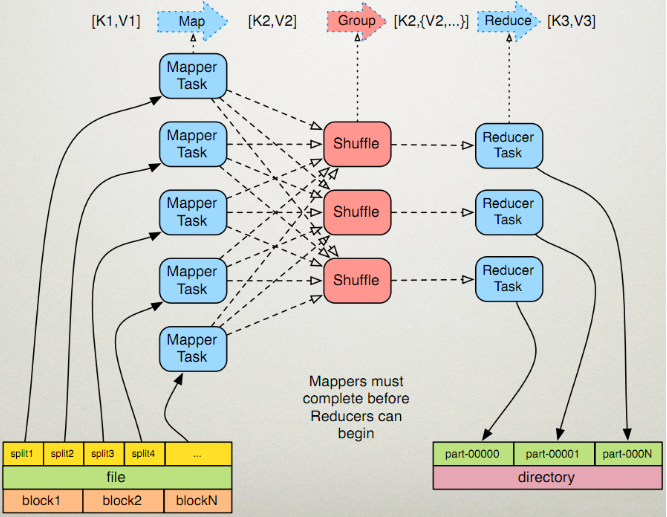 (1) mapreduce.map.memory.mb: the maximum memory available for a Map Task (unit: MB). The default is 1024. If the amount of resources actually used by the Map Task exceeds this value, it will be forcibly killed.

(2) mapreduce.reduce.memory.mb: the maximum number of resources that can be used by a Reduce Task (unit: MB). The default is 1024. If the amount of resources actually used by the Reduce Task exceeds this value, it will be forcibly killed.

(3) mapreduce.map.cpu.vcores: the maximum number of CPU cores available for each Maptask. Default: 1

(@ taskid @ will be automatically changed to the corresponding taskid by the Hadoop framework). The default value is: ""

(1) Yarn.scheduler.minimum-allocation-mb the minimum configuration requested by each container in RM, in MB. The default is 1024.

(2) Yarn.scheduler.maximum-allocation-mb the maximum allocation requested by each container in RM, in MB. The default is 8192.

(1) Mapreduce.task.io.sort.mb is the ring buffer size of 100 shuffle, which is 100m by default

(1) mapreduce.map.maxattempts: the maximum number of retries per Map Task. Once the retry parameter exceeds this value, it is considered that the Map Task fails to run. The default value is 4.

(2) mapreduce.reduce.maxattempts: the maximum number of retries per Reduce Task. Once the retry parameter exceeds this value, it is considered that the Map Task fails to run. The default value is 4.

(3) mapreduce.map.failures.maxpercent: when the failure ratio of failed map tasks exceeds this value, the whole job will fail. The default value is 0. If your application allows to discard some input data, this value is set to a value greater than 0, such as 5, which means that if less than 5% of map tasks fail (if a Map Task is retried more than mapreduce.map.maxattempts, it is considered that the Map Task fails, and its corresponding input data will not produce any results). The whole job is considered successful.

(4) mapreduce.reduce.failures.maxpercent: when the proportion of failed reduce tasks exceeds this value, the whole job fails. The default value is 0

(5) mapreduce.task.timeout: if a task does not enter for a certain period of time, that is, it will not read new data or output data, it is considered that the task is in block state, which may be temporarily stuck or may be stuck forever. In order to prevent the user program from exiting forever, a timeout (unit: ms) is forcibly set , the default is 600000, and a value of 0 disables timeout.

(1) Mapreduce.Map.specific: whether to open the speculative execution mechanism for Map tasks. The default is true. If true, multiple instances of some Map tasks can be executed in parallel.

(2) mapreduce.reduce.speculative: whether to open speculative execution mechanism for Reduce Task. The default value is true

(3)mapreduce.input.fileinputformat.split.minsize: FileInputFormat is the minimum slice size when slicing. The default is 1. 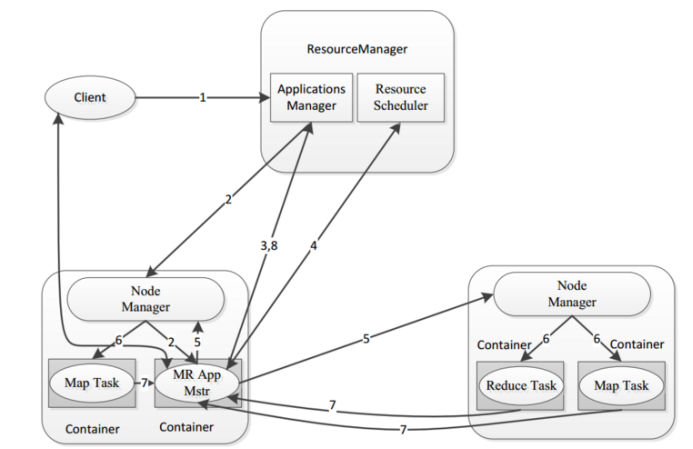