Past and present life of Redis thread model https://mp.weixin.qq.com/s/MwG9GpnTVbma69PiOHHvgw

Past and present life of Redis thread model

Starting from the origin of IO, we talked about blocking IO, non blocking IO and multiplexing io. Based on multiplex IO, we also combed several different Reactor models, and analyzed the advantages and disadvantages of several Reactor models. Based on the Reactor model, we started the analysis of Redis IO model and thread model, and summarized the advantages and disadvantages of Redis thread model, as well as the subsequent Redis multithreading model scheme. The focus of this paper is to sort out the design idea of Redis thread model. If you smooth out the design idea, you can do everything.

Note: the codes in this article are pseudo codes, which are mainly for illustration and cannot be used in production environment. 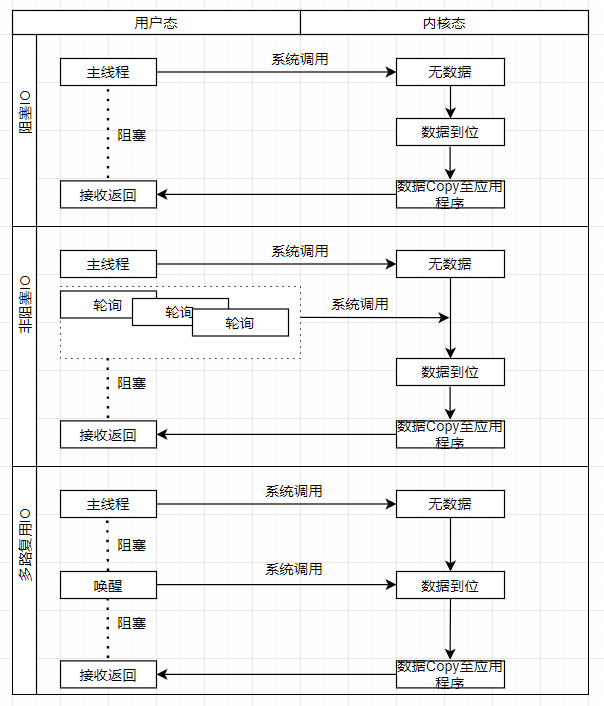 For example, establishing connection, reading and writing all involve system calls, which itself is a blocking operation.

The server is handled by a single thread. When the client request comes, the server uses the main process to handle the connection, read, write and other operations.

The following code simulates the blocking mode of single thread;

We try to close the first connection and look at the second connection. What we want to see is that the main thread returns and the new client connection is accepted.

At this time, we should not only ask, why?

The main reason is that the accept, read and write functions are blocked. When the main thread is called by the system, the thread is blocked, and the connections of other clients cannot be responded.

Through the above process, we can easily find the defects of this process. The server can only process one connection request at a time, the CPU is not fully utilized, and the performance is relatively low. How to make full use of the multi-core characteristics of CPU? Naturally, I thought of multithreading logic.

For engineers, the code explains everything, directly on the code.

Both requests are accepted, and the server adds two threads to handle the client connection and subsequent requests.

If we put all sockets (file handles, and then use sockets to replace the concept of fd, so as to minimize the concept and reduce the reading burden) into the queue, only one thread is used to train the status of all sockets in turn. If we take them out when we are ready, does it reduce the number of threads on the server?

Let's look at the code. We basically don't need the simple non blocking mode. In order to demonstrate the logic, we simulated the relevant code as follows;

Initiate two client connections, and the thread starts polling whether there is data in the two connections. 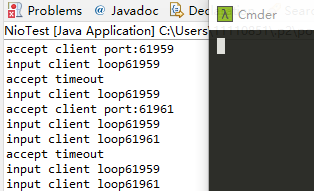 After the two connections input data respectively, the polling thread finds that the data is ready and starts relevant logical processing (single thread or multi thread).

Then use a flow chart to help explain (the system actually uses a file handle. At this time, Socket is used instead to facilitate everyone's understanding). 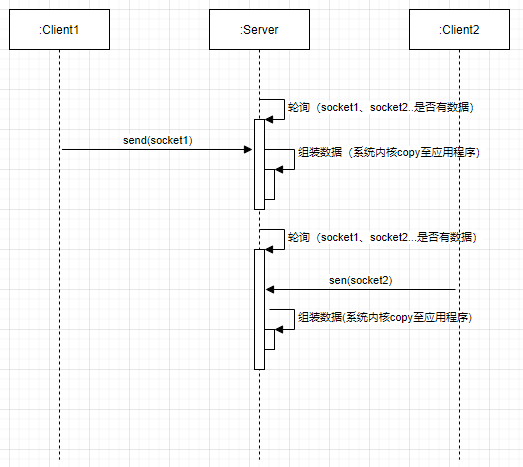 The server has a special thread to poll all sockets to confirm whether the operating system has completed relevant events. If so, it will return for processing. If not, let's think about it together. What problems are brought about at this time.

CPU idling and system call (each polling involves a system call, and the kernel command is used to confirm whether the data is ready) cause a waste of resources. Is there a mechanism to solve this problem?

Is there a special thread on the server side to do polling operations (the application side is not the kernel), but is triggered by events. When there are relevant read, write and connection events, it will actively arouse the server thread to carry out relevant logic processing. The relevant codes are simulated as follows;

Two connections are created without blocking;

Receive, read and write without blocking;

Then use a flow chart to help explain (the system actually uses a file handle. At this time, Socket is used instead to facilitate everyone's understanding). 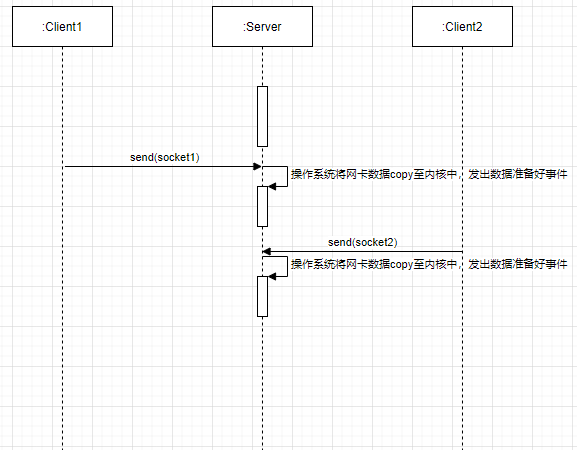 Of course, there are several ways to implement the multiplexing of the operating system. The select() epoll mode we often use is not explained too much here. If you are interested, you can check the relevant documents. There are asynchronous, event and other modes behind the development of IO. We don't repeat it here. We are more to explain the development of Redis thread mode.

How to solve the above problems? Since the business processing logic may affect the system bottleneck, can we take out the business processing logic and hand it over to the thread pool for processing, so as to reduce the impact on the main thread on the one hand, and take advantage of the multi-core CPU on the other hand. I hope you will understand this thoroughly so that we can understand the design idea of Redis from single thread model to multi thread model in the future.

Compared with the single Reactor single thread model, this model only gives the processing logic of business logic to a thread pool for processing.

Is there any good way to solve the above problems? Through the above analysis, have you found a phenomenon that when a point becomes a system bottleneck, find a way to take it out and hand it over to another thread for processing? Is this scenario applicable? 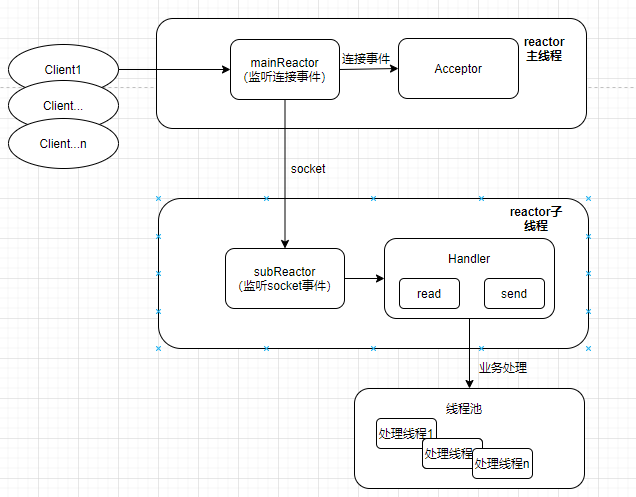 Compared with the single Reactor multithreading model, this model only takes the reading and writing processing of the socket from the main Reactor and gives it to the subReactor thread for processing.

Above, we talked about the development history of IO network model and the reactor mode of IO multiplexing. What reactor mode does Redis adopt? Before answering this question, let's sort out several conceptual questions.

There are two types of events in Redis server, file events and time events.

First, let's take a look at the thread model diagram of Redis service;

IO multiplexing is responsible for monitoring each event (connection, reading, writing, etc.). When an event occurs, the corresponding event is put into the queue and distributed by the event distributor according to the event type;

four point four   Advantages and disadvantages of the model

From the above process analysis, we can see that Redis adopts the single threaded Reactor model. We also analyze the advantages and disadvantages of this model. Why should Redis adopt this model?

How does Redis solve it?

Ha ha ~ take the time-consuming points out of the main route? Does the new version of Redis do this? Let's have a look.