This article is about GitHub https://github.com/Jack-Cherish/PythonPark Has included, there are technical dry goods articles, collated learning materials, interview experience sharing of first-line large factories, etc., welcome to Star and improve.

Do you remember the garbage classification policy in full swing in Shanghai last year?

From May 1, 2020, Beijing has begun to implement "garbage classification"! 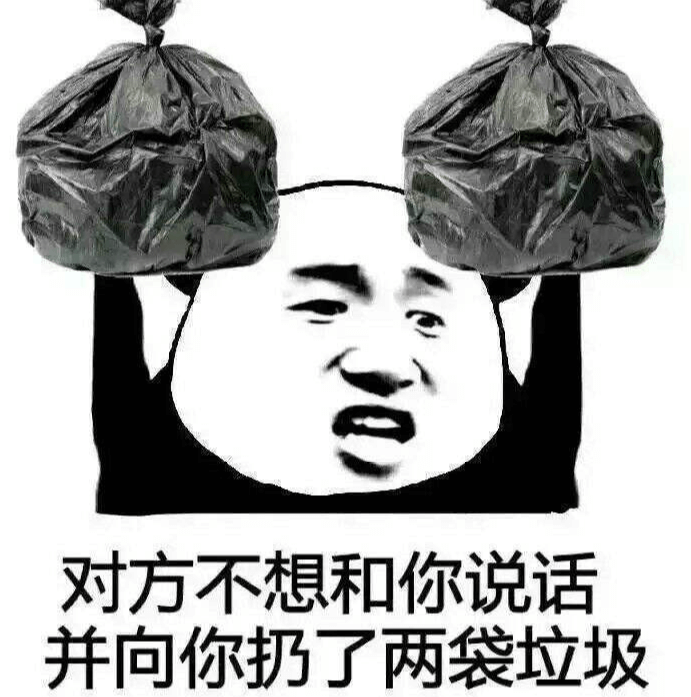 Garbage classification, the most abnormal place is Japan.

It also specifies the types of garbage allowed to be recycled by the recycling station every day, such as those collecting resources on Monday and plastic collecting on Tuesday. Residents should throw garbage at designated time and place. Big pieces of rubbish like desks and closets have to be paid before they can be thrown away.

You can be punished with garbage for 50 years!

However, there are 24 hours of housewives who do housework online, and they can spend half an hour each day to tiktok the garbage, and then have time to brush, shake, and see what little movies are.

Now, the "social animals" in China's first tier cities are doing the work of "996" and taking "the heart of Japanese housewives".

One yard farmer for a family is miserable enough. For a double farmer family, it's "miserable plus miserable". One farmer leaves work later than the other.

It has been nearly a year since the implementation of "garbage classification" in Shanghai. What is the latest situation?

Before the epidemic, I went to Shanghai once. I felt that garbage sorting was going on in an orderly way. There were 4 garbage cans in the rented B & B, and we needed to use our brains to know how to dispose the leftover garbage.

However, we can also see the unclassified garbage that is randomly piled up next to the sorting garbage can near the community. 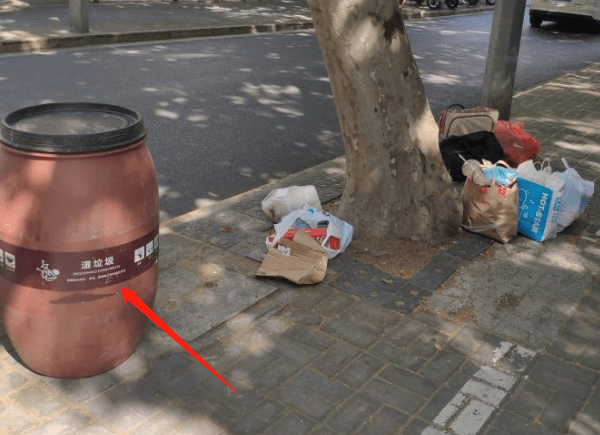 It has been several months since Beijing announced the implementation of "garbage sorting". The community I live in is in the center of the city. I haven't seen any garbage bins in the area. However, many notices have been posted and should still be in the publicity stage.

However, in the company, garbage sorting has started. It seems that it starts from the enterprise and then to the individual.

With the improvement of the policy and the increase of support, I wonder whether there will be a domestic service company providing garbage sorting service in a few years?

Fortunately, some apps or small programs have prepared query tools for us.

There are no more than three forms of inquiry: text, voice and picture.

Many have similar products.

You can query "what's the rubbish of hair lost from working overtime in 996" or "what kind of garbage is the necessary crayfish for supper".

All of them support the garbage classification and recognition of text, voice and picture.

When Shanghai just implemented garbage sorting, Taobao's "Pai Li Tao" also had a garbage classification and identification entry, but now it seems to be offline.

It's easy to know which one is better at garbage sorting.

What is the technology behind garbage identification?

Text and voice are relatively simple, text matching can be done, voice has an audio to text step.

Image based spam identification is much more difficult.

For example, toilet paper can be made into various shapes, rolled together, or torn into strips.

Even, the cake can be made into "poop" in a bad way.

Let the algorithm through the image to identify these things, obviously some difficult algorithm.

At present, it is difficult to use deep learning classification algorithm to identify the types of garbage.

Generally, multi-level classification model or retrieval is used to build a super large classification network, such as recognition of more than 10000 objects, or even 100000.

Then, map to the final garbage category according to the category label. 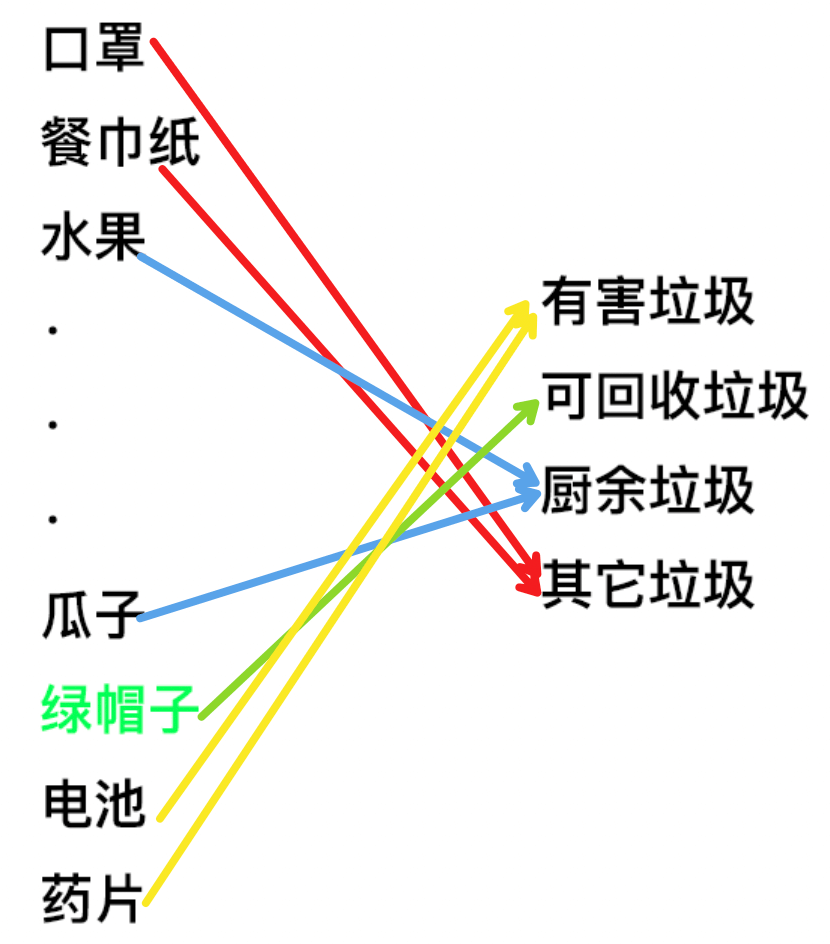 The implementation of the underlying technology is actually multi classification.

The "fish" identified by garbage classification is likely to be a fish bone lying in the dining plate with only trunk bone left.

Getting a suitable data set is also a technical activity.

Generally, data sets can be obtained through the following three channels:

The first two are either skilled or rich.

For example, you can go to Kaggle and search the dataset. 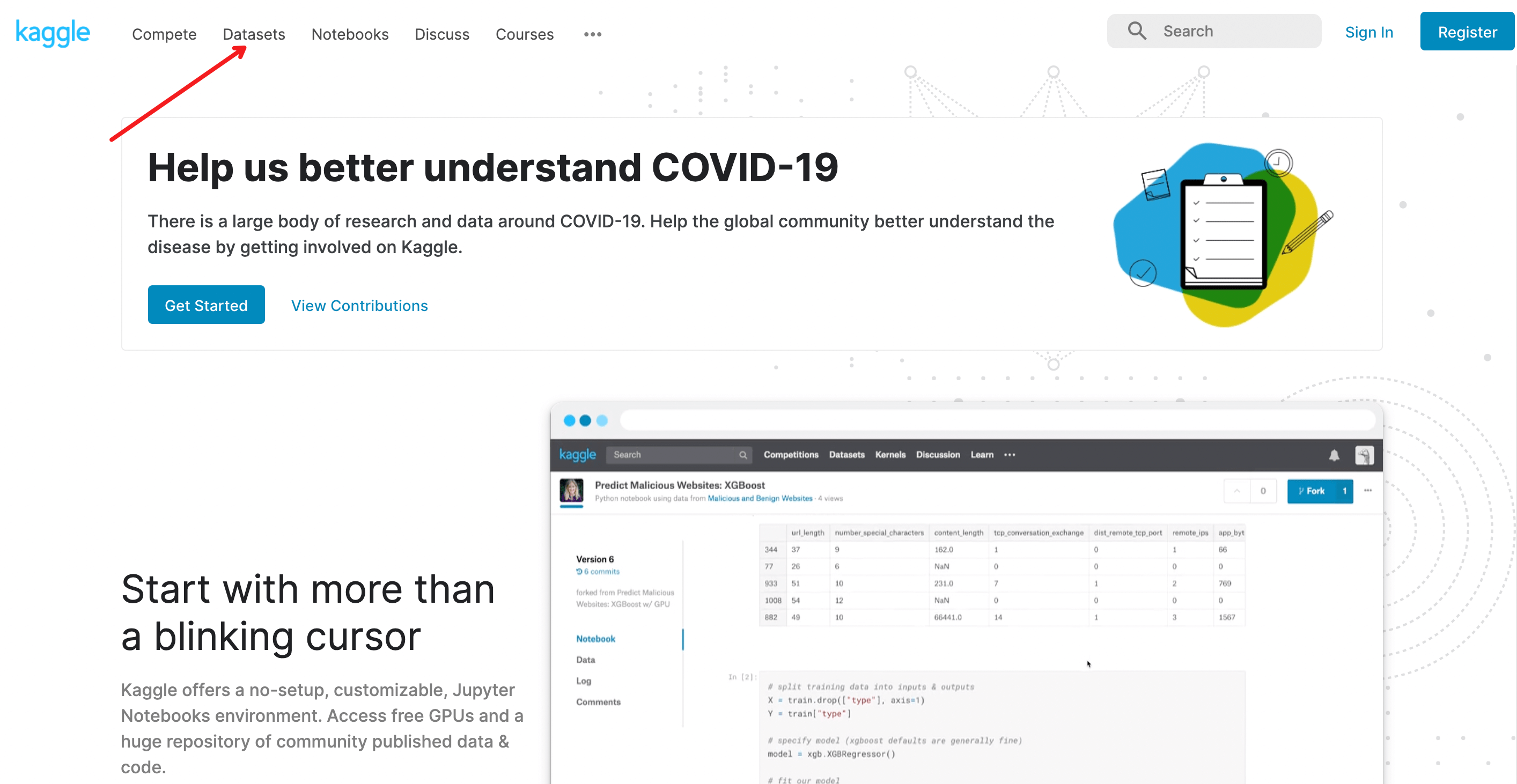 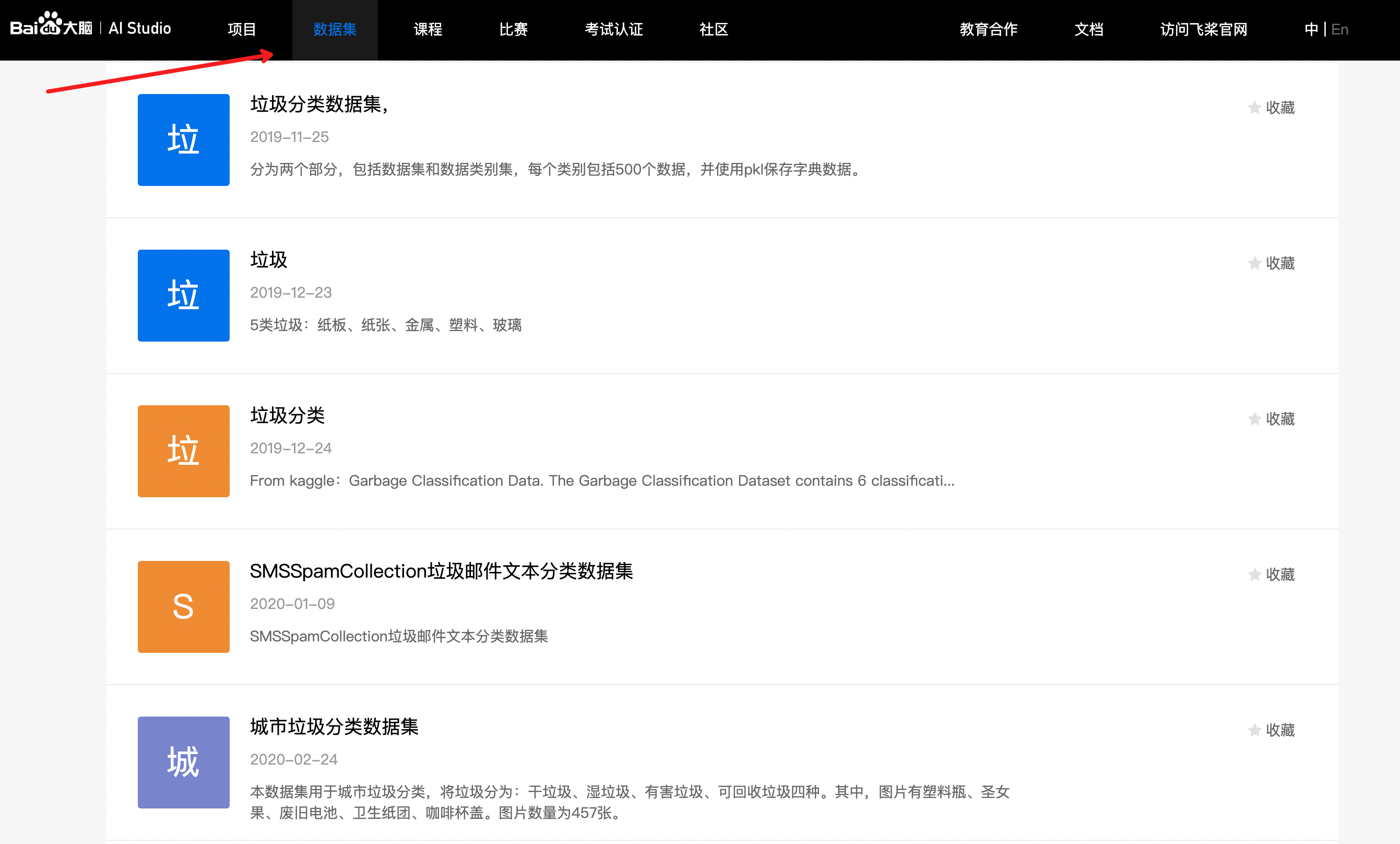 In AI Studio, I found a good garbage sorting dataset.

This paper uses this data set to train a simple garbage classification model.

The junk data is in a folder called "junk image library". 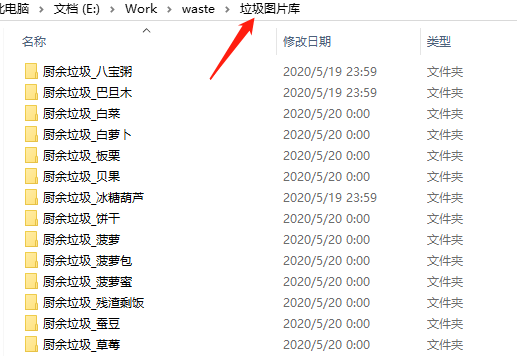 First of all, we need to write a script to generate the corresponding label file (DIR) according to the folder name_ label.txt ). 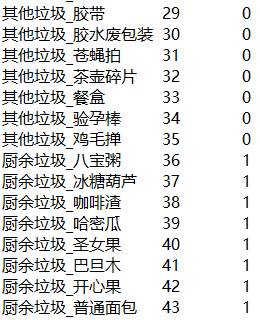 The training set and verification set are used to train the model, and the test set is used to check and accept the final model effect.

In addition, before using the Image training, we need to check the Image quality, read the Image of PIL, capture the Error and Warning exception, and delete the problematic Image directly.

The script is very simple, the code will not be pasted, and the processed file will be provided directly.

The processed four txt files can be downloaded directly.

Put the four txt files in the same directory as the junk image library.

With the basis of the previous several tutorials, it should be easy to write a data reading code.

to write dataset.py Read the data and see how it works.

This is a very conventional preprocessing method in image classification.

In addition, for the training set, we use Python's transforms to add the random operations of horizontal flip and vertical flip, which is also a very common data enhancement method. 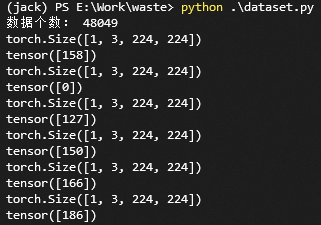 We use a conventional network ResNet50, which is a very common feature extraction network structure.

The whole training process is also very simple, the training steps are not clear, can see my last two tutorials:

The code is not complicated. The network structure directly makes the ResNet50 model of torchvision, and adopts the pre training model of ResNet50. The algorithm uses cross entropy loss function, optimizer selects Adam, and uses StepLR to reduce learning rate.

The strategy to save the model is to select the model with the highest accuracy in the validation set.

It should be noted here that the data read by DataLoader needs to be converted into channels before it can be displayed.

The prediction results are as follows 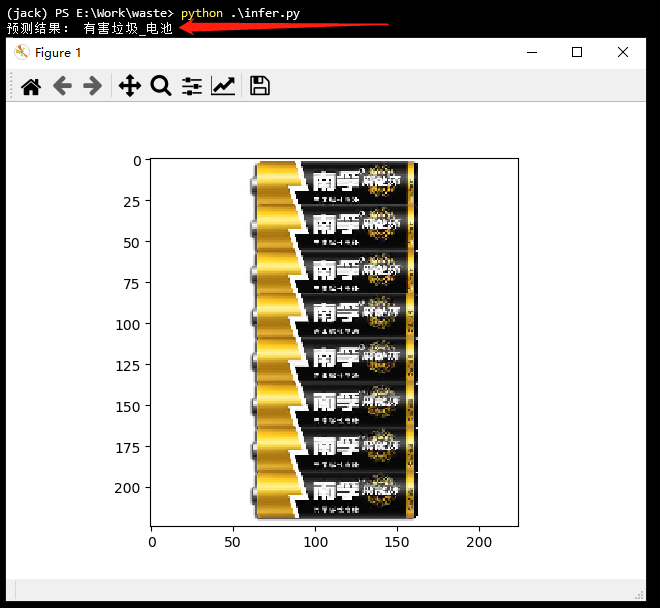 What about? Is it easy?

Train a garbage classifier and experience it!

PS: all the codes in this article can be downloaded from my github. Welcome to Follow, Star: Click to view 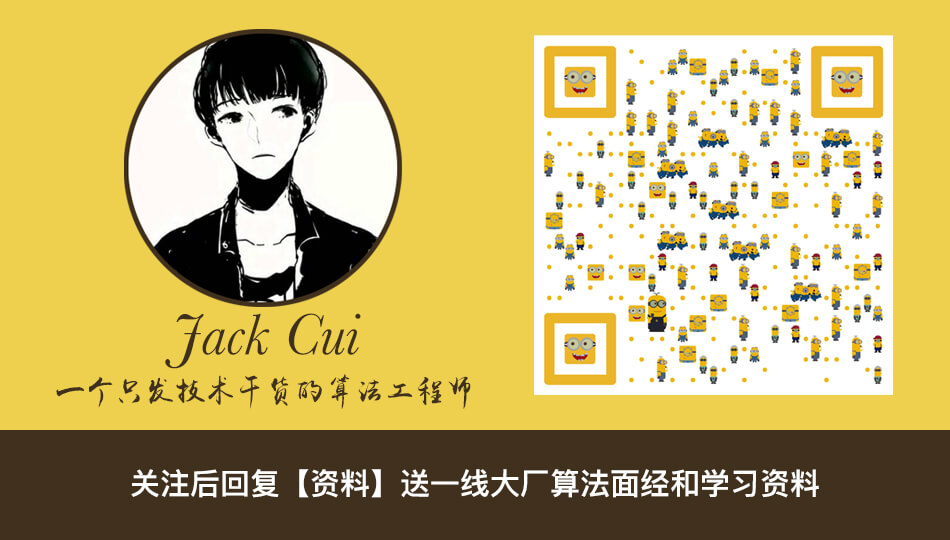