Wait, it looks like we've just drawn a moving picture

Don't worry, pygame offers us a solution--the elves and the elves

The object that displays images in game development is the genie 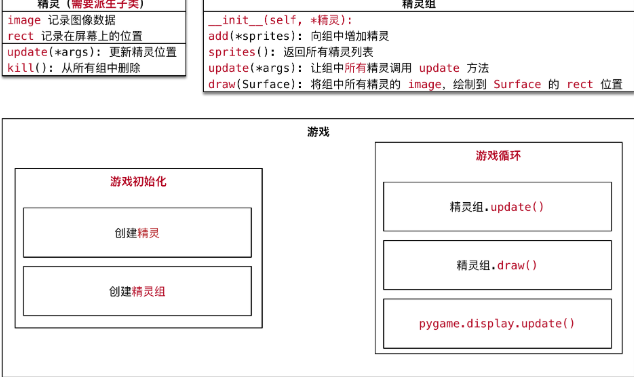 How do we use them in our previous host program?

It's actually very simple, you just need to import the packages in the main game program
How do I finish adding enemy sprites, make them move, and put them in the game loop?