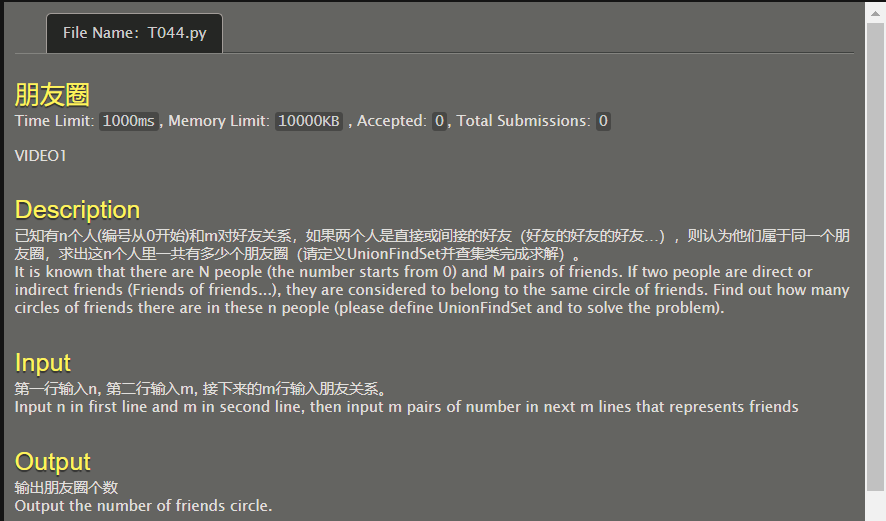 This problem is abstracted as finding the number of connected subgraphs of a graph. DFS traversal can be used to calculate the connectivity; Or use and query set.

This question uses and looks up the set.

(1) Initialization: initialize the parent node of each node as itself. At this time, n nodes have n circles of friends;

(2) Step 1: according to the input sequence, initialize the node array and the corresponding father array for the second wave. Note that father[tail]=head, so as to successfully stop when looking from back to front;

(4) Finally, organize it into a dictionary to get the number of circles of friends.

The core code is as follows:

This problem can also be obtained by DFS traversal.

(1) Principle: after DFS is performed on each node, all nodes connected to it will be found and marked. Therefore, the number of connected subgraphs depends on how many times DFS is executed;

(2) Implementation method: at the beginning, each node didn't walk through. For each node, judge whether it has passed, that is, used[i]==1. If not, DFS will be implemented. At the same time, k + +, mark that DFS has been implemented several times. For each DFS, it finds all nodes connected to it by constantly calling itself.

The basic code is as follows: