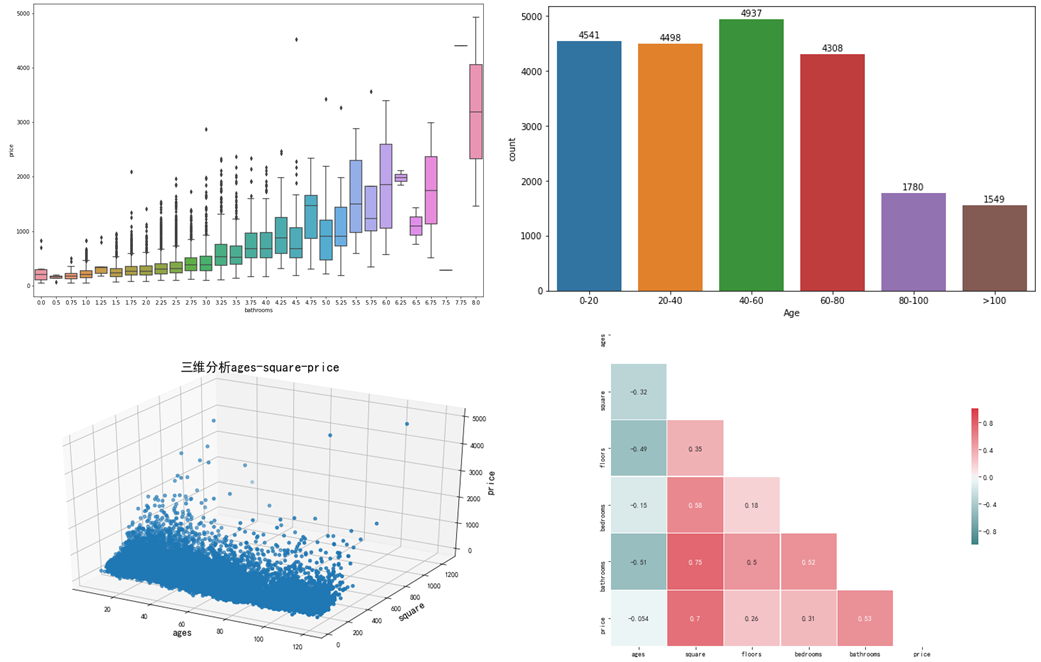 Over the past two years, OF has been paying attention to house prices. Putting aside some external factors such as policies and real estate speculation, what are the main factors affecting house prices for the house itself? OF selected several factors for analysis: house age, area, number OF floors (1 / 1.5 / 2 / 2.5 /...), number OF bedrooms and number OF toilets.

Firstly, OF downloaded a real estate data about a foreign city from Kaggle and processed the data. Next, we will focus on data visualization and analysis. The main purposes OF today's analysis are:

1. What are the main internal factors affecting house prices?

This is not a big data and there are not many columns. Therefore, in the first step, you can draw a histogram to check the data distribution of each factor.

In order to determine the number OF bedrooms, the number OF toilets, the number OF floors and the price, OF prefers the box diagram because there are numbers, but they are not continuous, such as 1,2,... Bedrooms, 2.5, 3,... Floors (maybe 0.5 represents the attic).

By removing the outliers of some black spots from the box chart, we can find that the curve rise is more obvious in the area of houses, the number of toilets, and the number of bedrooms. There is also a slight curve rise, so we can think that on the whole, the house price is related to these three characteristics.

It is not always a good thing to have too many features in the model, because when we want to predict the values OF new data sets, it may lead to over fitting and worse results. If you want to see the relationship between variables at a glance, OF has to introduce Pearson correlation matrix to you and present it with heat map. 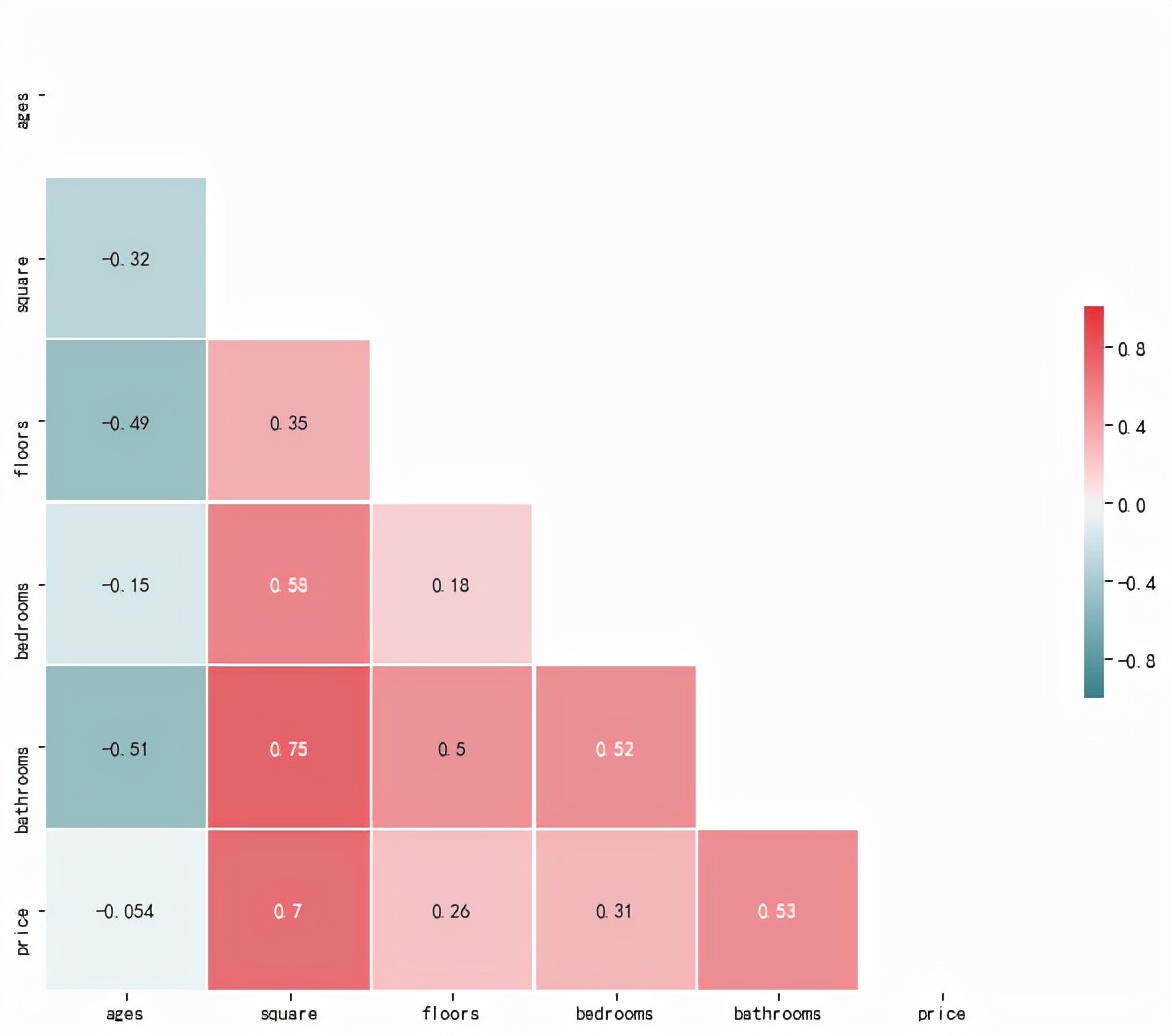 The above figure shows that when the house area increases, the bedroom or bathroom increases, and the house price also increases. However, the number of floors, bedrooms and bathrooms have no similar relationship with the house area.

Through the analysis of linear regression, box chart, Pearson correlation matrix and 3D chart, it can be analyzed that there is a large relationship between house price and house area and the number of toilets. The next issue will involve some knowledge of machine learning to predict house prices. Please look forward to it!