(1) Python 3. X supports Chinese by default
(2) python3.X is not compatible with python2.X
(3) Python 3. X core syntax adjustment, easier to learn
(4) The new feature is only available on Python 3. X by default

It refers to the language used for data type checking during operation. That is to say, when programming in a dynamically typed language, you never need to assign a data type to any variable. The language will record the data type internally when you assign it to a variable for the first time. Typically python and Ruby

1.4 what kind of language is Python

Python is a high-level scripting language that combines interpretability, compilation, interactivity and object-oriented.
Python design has a strong readability, compared with other languages often use English keywords, some punctuation symbols of other languages, it has a more distinctive syntax structure than other languages.

This means that there is no compilation in the development process. Similar to PHP and Perl

This means that you can execute the code directly after a Python prompt.

Python is a great language for junior programmers. It supports a wide range of application development, from simple word processing to WWW browsers to games.

(1) Easy to learn: Python has relatively few keywords, simple results, and a clearly defined syntax, making learning easier
(2) Easy to read: a clearer definition of Python code
(3) Easy to maintain: Python's success is that its source code is fairly maintainable
(4) A wide range of standard libraries: one of the biggest advantages of Python is its rich libraries, cross platform, and good compatibility in Unix, Windows and macintosh
(5) Interactive mode: support of interactive mode, you can input the language of executing code and obtaining results from the terminal, interactive test and debugging code fragments
(6) Portability: Based on its open source nature, Python has been ported (that is, made to work) to many platforms
(7) Extensible: if you need a fast key code or you want to write some algorithms that do not want to be open, you can use C or C++ to complete that part of the program, and then call it in your Python program.
(8) Databases: Python provides interfaces to all major commercial databases
(9)GUI Programming: Python supports GUI creation and migration to many system calls
(10) Embeddable: you can embed Python into C/C + + programs, so that users of your programs can get the ability of "scripting"

When the python interpreter loads the code in the. py file, it encodes the content (the default is ASCII).
ASCII (American Standard Code for Information Interchange) is a set of computer coding system based on Latin alphabet, which is mainly used to display modern English and other Western European languages. It can only be represented by 8 bits at most (one byte), that is, 2 * * 8 = 256. Therefore, ASCII code can only represent 256 symbols at most.
Obviously ASCII code can't represent all kinds of characters and symbols in the world, so we need a new code that can represent all characters and symbols, that is, Unicode.
**
Unicode (unified code, universal code, single code) is a kind of character encoding used in computer.
**Unicode is generated to solve the limitations of traditional character encoding schemes. It sets a unified and unique binary encoding for each character in each language. It stipulates that although some characters and symbols are represented by at least 16 bits (2 bytes), that is, 2 * * 16 = 65536,
Note: Here we are talking about at least 2 bytes, maybe more.
UTF-8 is the compression and optimization of Unicode code. Instead of using at least 2 bytes, it classifies all characters and symbols: ascii code is saved with 1 byte, European characters are saved with 2 bytes, and East Asian characters are saved with 3 bytes
python2.x version, the character code supported by default is ASCll, python3.x version, and Unicode is supported by default, which can directly display Chinese without declaring character code

python has some special function identifiers, which are so-called keywords
The keyword is already used by python, so developers are not allowed to define the identifier with the same name as the keyword

You can view keywords in the following ways 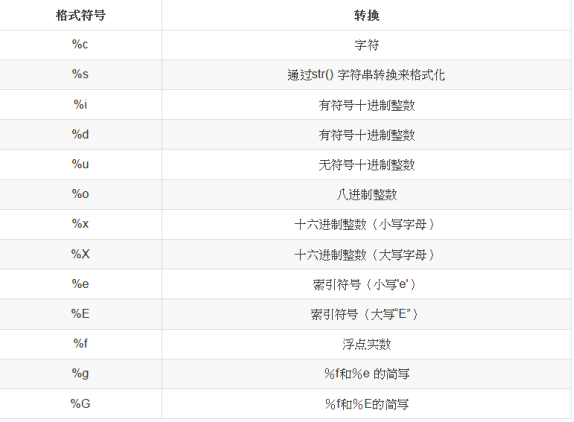 Python has only variables and no constants;
All uppercase is constant, but value can still be modified, just uppercase to represent constant.

Python allows you to assign values to multiple variables at the same time. For example:

In the above example, an integer object with a value of 1 is created, and three variables are allocated to the same memory space.
You can also specify multiple variables for multiple objects. For example:

If you want to get a segment of substring from a string, you can use [header subscript: Trailer subscript] to intercept the corresponding string, where the subscript is calculated from 0, can be positive or negative, and the subscript can be empty to indicate that the header or tail is taken.
[head subscript: tail subscript] the substring obtained contains the characters of the head subscript, but does not contain the characters of the tail subscript.
When you use a colon delimited string, python returns a new object with the result containing the continuous content identified by the offset pair, starting with the lower boundary.
The above result contains the value b of s[1], while the maximum range obtained does not include the suffix, that is, the value f of s[5].
The plus sign (+) is a string concatenation operator and the asterisk (*) is a repeat operation. Here is an example:

List is the most frequently used data type in Python.
List can complete the data structure implementation of most collection classes. It supports characters, numbers, strings and even lists (that is, nesting).
The list is identified by [], which is the most common composite data type of python.
The cutting of the value in the list can also use the variable [head subscript: tail subscript], which can intercept the corresponding list. From the left to the right index, the default value is 0, and from the right to the left index, the default value is - 1. If the subscript is empty, the head or tail will be taken. 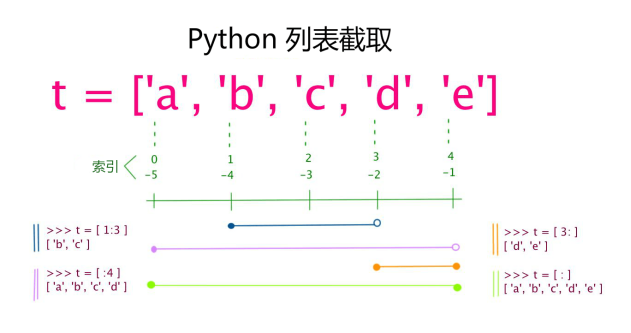 Tuples are another data type, similar to lists.
Tuples are identified with (). Internal elements are separated by commas. However, tuples cannot be assigned twice, which is equivalent to a read-only list.

Dictionary is the only mapping type in python, which stores data in the form of key value pair. python performs the hash function operation on the key, and determines the storage address of value according to the calculation result. Therefore, the dictionary is unordered and the key must be hashable. Hashable indicates that the key must be of immutable type, such as number, string, tuple.
Dictionary is the most flexible type of built-in data structure in python except list. A list is an ordered combination of objects, and a dictionary is an unordered collection of objects.
The difference between the two is that the elements in the dictionary are accessed by keys, not by offsets.
The dictionary is identified by "{}". A dictionary consists of an index (key) and its corresponding value, value.
code details:

Some common other operations and related methods
dict.fromkeys

d.copy(): make a shallow copy of dictionary D, and return a new dictionary with the same key value pair as D

sorted(dict): returns an ordered list of all key s in the dictionary

Dictionary traversal (three ways to print dictionary through for loop) 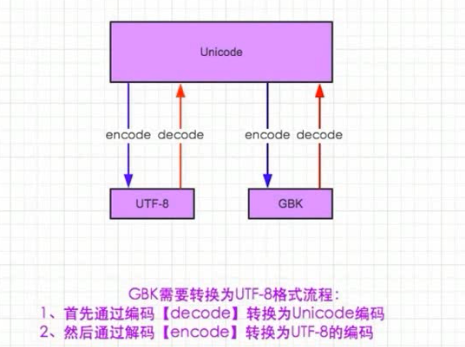 4.1.8 flush(): two ways to flush data from memory to disk and progress bar

4.1.11 final question, append a string to the file

4.1.12 use with to manage multiple file objects at the same time