Pull the thread pool upside down

This section shares the Java thread pool. Next, let's dig up the thread pool step by step.

There is a programmer whose name is Lao San.

The third man had no money in his pocket and hurried to do banking business.

This day got up early in the morning and the bank sister said good morning.

As soon as the third man saw that the counter was empty, he took all five cents from the card.

The old three got up late that day, and the business windows were full.

I had to enter the queue area and find out my mobile phone.

The old three slept to the last three shots, and the windows were full.

As soon as the manager opened a new mouth, the comrades in line hurried to do it.

The business was so hot that the counter was used up.

The third one is angry. What do you say, manager.

The manager waved and smiled. This kind of scene has been used to. Four ways to deal with it. Guess what I'll do. 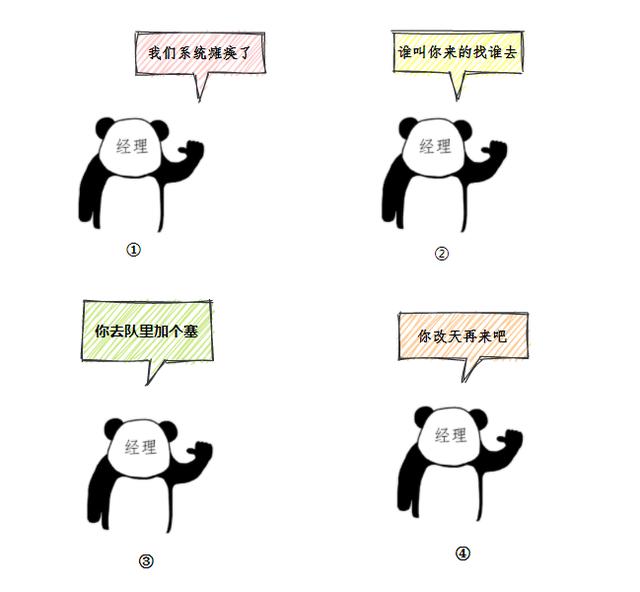 show you code, let's have a thread pool practice combined with business scenarios—— Many students are familiar with the principle of thread pool during the interview. When they ask how to use it in the project, they have a rest. After reading this example, quickly figure out where it can be applied in the project.

The application scenario is very simple. Our project is an approval system. When it comes to accounting every year, we need to provide data to the third-party accounting system for accounting.

There is a problem here. Due to historical reasons, the interface provided by the accounting system only supports single push, but the actual amount of data is 300000. If you push one by one, it will take at least a week.

Why use thread pool to manage threads? For thread reuse, of course.

The idea is also very simple. Start several threads, and each thread reads the data not pushed in the start,count] interval from the database to push. 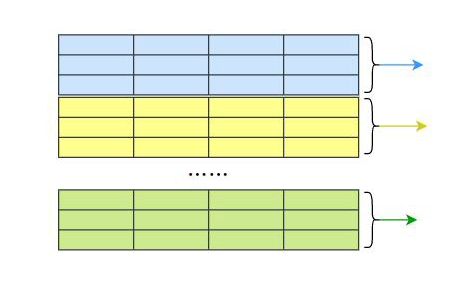 I extracted the scene. The main code is: 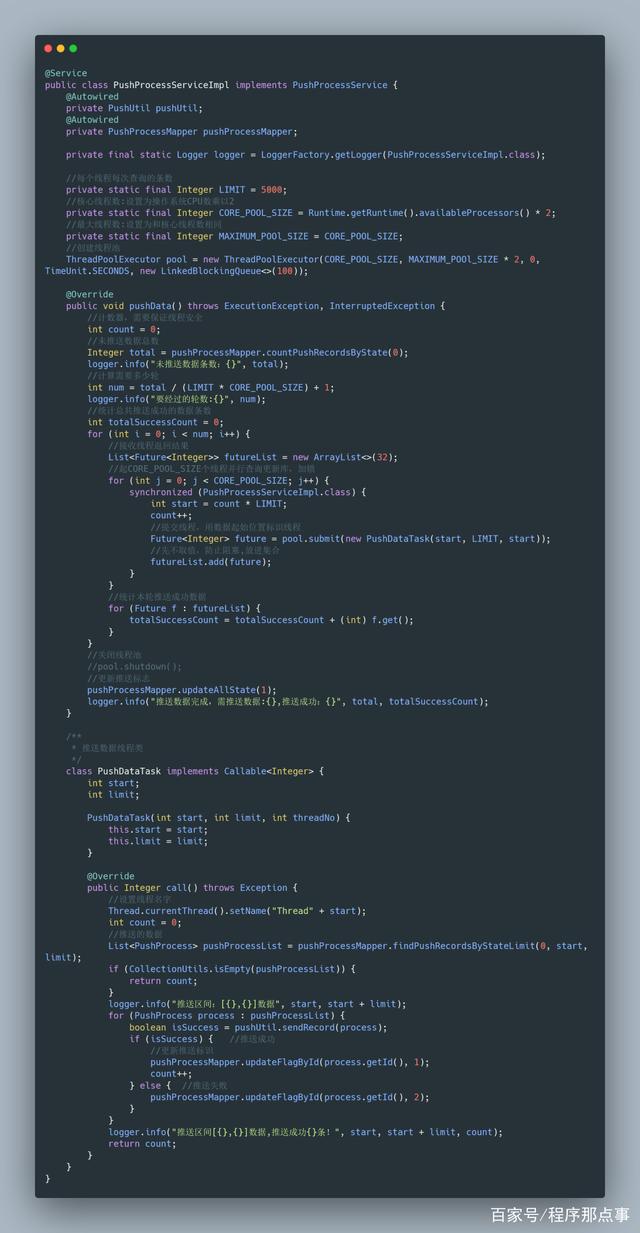 The code is quite long, so carbon is used for beautification. I can't see the code clearly. It doesn't matter. I uploaded all the runnable codes to the remote warehouse. The warehouse address is: https://gitee.com/fighter3/thread-demo.git , this example is relatively simple. Students who have not used thread pool can consider whether you have any data processing and cleaning scenarios to apply. You might as well learn from and deduce them.

The topic of this article is thread pool, so we focus on the code of thread pool:

The thread pool is directly constructed by ThreadPoolExecutor:

The code is not responsible. You can do it and run.

So, how does thread pool work? Let's move on.

When constructing the thread pool, we used the construction method of ThreadPoolExecutor:

Let's take a look at the meaning of several parameters:

The above four parameters are closely related to the thread pool workflow. Let's take a look at the remaining three parameters.

After knowing several parameters, how are these parameters applied?

Taking the task submitted by the execute() method as an example, let's look at the workflow of the thread pool: 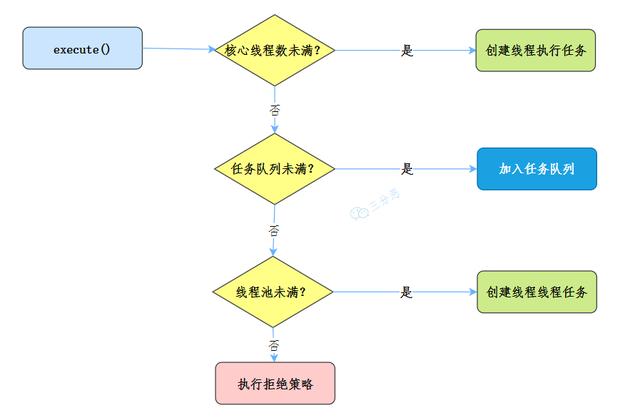 When submitting a task to the thread pool:

Combined with our life examples at the beginning, is it right:

The above process analysis gives us an intuitive understanding of the working principle of thread pool. Let's look at the details through the source code.

Let's take a look at the detailed flowchart of execute():

Let's take a look at the overall process: 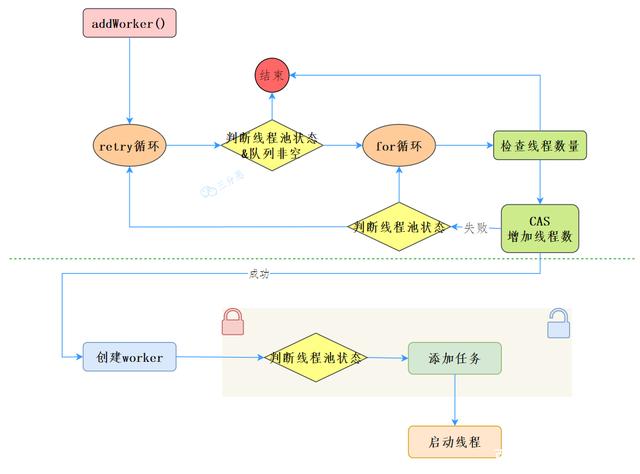 After the user thread is submitted to the thread pool, it is executed by the Worker. The Worker is a custom class within the thread pool that inherits AQS and implements the Runnable interface. It is an object that specifically carries tasks. 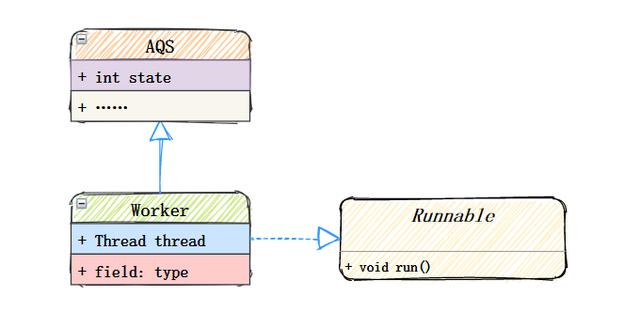 Let's take a look at its construction method:

Its run method directly calls runWorker, and the real thread execution is in our runWorker method:

The code looks too much. In fact, the core point is that task.run() makes the thread run.

We can see from the above execution task runWorker that when (task! = null | (task = getTask())! = null), the execution task is either the currently passed in firstTask or can be obtained through getTask(). The core purpose of this getTask is to obtain tasks from the queue.

To sum up, the task execution model of Worker is as follows [8]:

After understanding some processes of execute and worker, it can be said that the implementation of ThreadPoolExecutor is a production and consumption model.

Some states are defined in the ThreadPoolExecutor. At the same time, the ctl parameter can save the state and the number of threads by using the high and low methods. It is very clever! [6]

The upper 3 bits indicate the status, and the lower 29 bits record the number of threads: 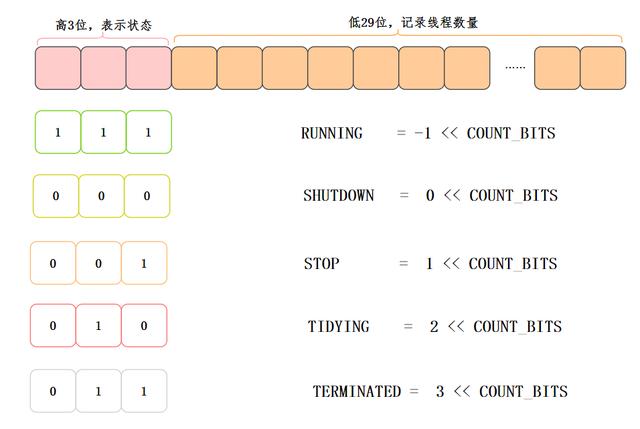 There are five states defined in the thread pool. Let's see how these states flow [6]:

As for the size of thread pool, there is no "golden rule" that needs to be strictly observed. According to the nature of tasks, it can be divided into CPU intensive tasks, IO intensive tasks and hybrid tasks.

Of course, this is just a suggestion. In fact, how to configure it should be combined with prior evaluation, testing and in-process monitoring to determine the approximate thread pool size. The thread pool size can also be adjusted by using dynamic configuration without writing dead.

It is generally recommended to use bounded queues for task queues. Unbounded queues may cause unlimited accumulation of tasks in the queue, resulting in memory overflow exceptions.

You can also monitor by extending the thread pool:

This article starts with a life scene, step by step from actual combat to principle to deeply understand thread pool.