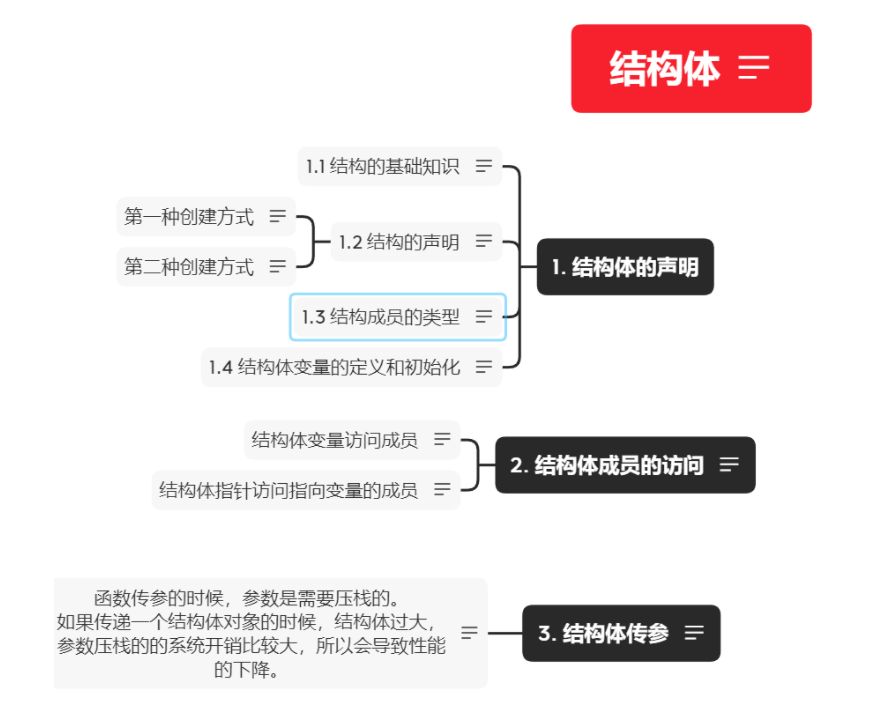 The objects we see in life are complex objects, such as describing a cat or a book. We can't use simple type or floating point type to describe these types

Let's say I want to describe a pokemon

I need to describe it from a variety of characteristics, such as name, Atlas number, height or weight

The members of a structure can be scalars, arrays, pointers, or even other structures

1.4 definition and initialization of structure variables

Like arrays, structures are initialized, defined in the order and type previously defined

I've written it before, so I won't write it in detail

When we need to pass parameters to Print the array, which Print function will be better

print1 is a value transfer parameter, so a temporary copy will be created, but re creating a space will cause a waste of space. If the content contained in the structure is large enough, it will lead to problems

print2 is address passing, so you don't need to create an entire structure, just a pointer. When the structure is large enough, the efficiency of saving space will be very high.

The following is a professional explanation:

When the program is running, the process of function stack is

For example, execute such a piece of code 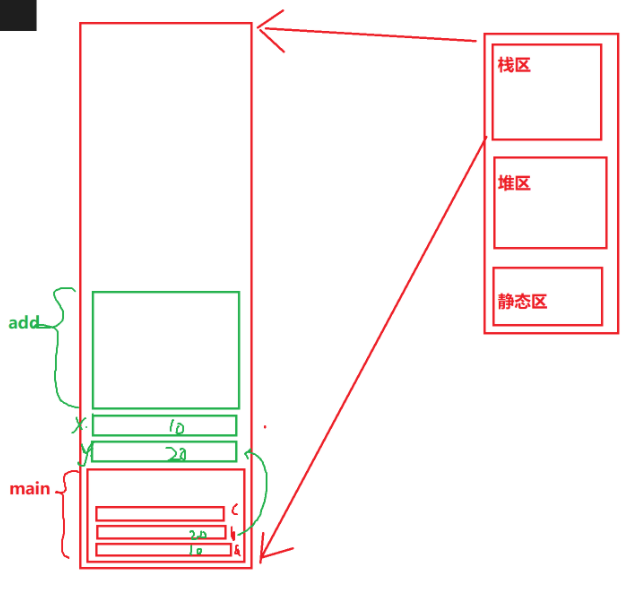 Generally, it is a better choice if we use the address when passing the parameter structure

The old fellow must have a good commentary.