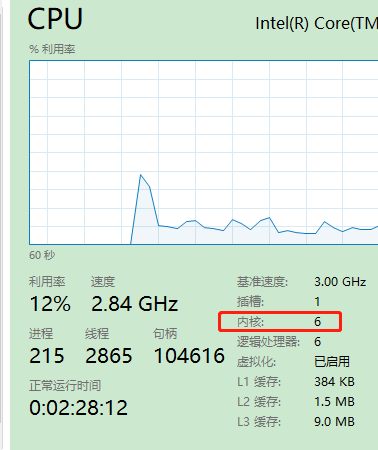 1, The code is as follows. Do some tests.

Worker threads: the minimum number of new free worker threads to be maintained by the thread pool. (max / min threads)

completionPortThreads: the minimum number of new idle asynchronous I/O threads to be maintained by the thread pool.

Get the number of working threads and I/O threads in the default thread pool. The result is 6, which is consistent with the number of CPU cores.

1. Set nothing and use the default maximum and minimum number of threads.

Although the minimum thread is set to 5 and returns true, 6 new threads are created at 0 seconds. The number of CPU cores is under control.

When the set minimum number of threads is greater than the number of cores, threads will be started according to the set number.

Set the maximum and minimum thread limits at the same time. At this time, it can be found that after 0-14 threads are started, new threads are not created until a thread ends. The total number of threads does not exceed 15.

Run the above code and get the following results:

The I/O thread pool was affected by the CLI and did not execute successfully.

If thread blocking is removed, the result is: 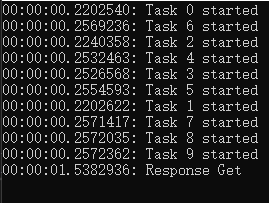 The IO request is not executed until all CLI threads are executed.   After adjusting the order in which WebRequest operations are placed in the for loop, the result does not change.

For applications with a large number of activities after a period of inactivity, a small increase in the number of idle threads can significantly improve the throughput.