The connection mode of I2C on communication equipment is shown in the figure:

As can be seen from the figure, it only needs two wires to transmit data between devices connected to the bus.

SDA (serial data line) and SCL (serial clock line) are bidirectional I/O lines, and the interface circuit is open drain output. The power supply VCC needs to be connected through the pull-up resistor. When the bus is idle, both lines are high-level, the external devices connected to the bus are CMOS devices, and the output stage is also open drain circuit. The current consumed on the bus is very small, so, The number of devices expanded on the bus is mainly determined by the capacitive load, because the bus interface of each device has a certain equivalent capacitance. The capacitance in the line will affect the bus transmission speed. When the capacitance is too large, it may cause transmission errors. Therefore, its load capacity is 400pF, so the allowable length of the bus and the number of connected devices can be estimated.
The master device is used to start the bus to transmit data and generate a clock to open the transmission. At this time, any addressed device is considered as a slave device. The relationship between master and slave, transmitting and receiving on the bus is not constant, but depends on the data transmission direction at this time. If the host wants to send data to the slave device, the host first addresses the slave device, then actively sends data to the slave device, and finally the host terminates the data transmission; If the host wants to receive the data from the slave device, the master device addresses the slave device first, then the host receives the data sent by the slave device, and finally the host terminates the receiving process. In this case, the host is responsible for generating the timing clock and terminating the data transmission.

In short, the hardware I2C is the I2C peripheral on the corresponding chip. There is a corresponding I2C driving circuit, and its pins are also special. The programmer only needs to call the control function of I2C without directly controlling the level output of SCL and SDA.
Software I2C uses software to control GPIO pin status to simulate I2C communication waveform. That is, the programmer uses the program to control the high and low level states of SCL and SDA lines and simulate the I2C timing protocol.
How to distinguish them:

2, Monitor the temperature and humidity and return to the upper computer.

The picture shows that the indoor temperature is 22.5 and the humidity is 59.1%. When holding the sensor by hand, the temperature rises gradually.

3, Use of OLED lamps

a. The software can be searched, downloaded and installed on the Internet, which is very simple.
b. In order to display Chinese characters correctly on the OLED display screen after compilation, the software needs to be set as follows.
Click the option in the software to make the following settings 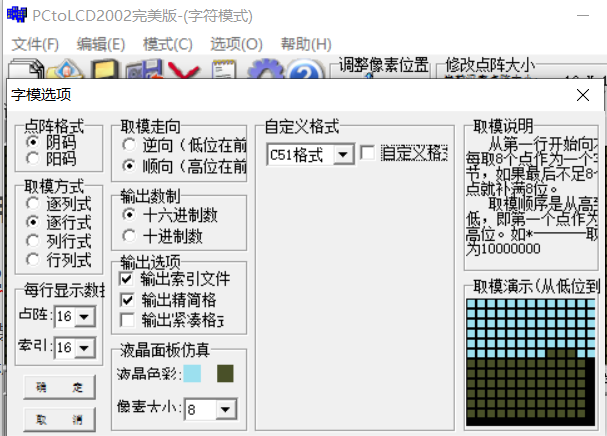 c. About the use of software 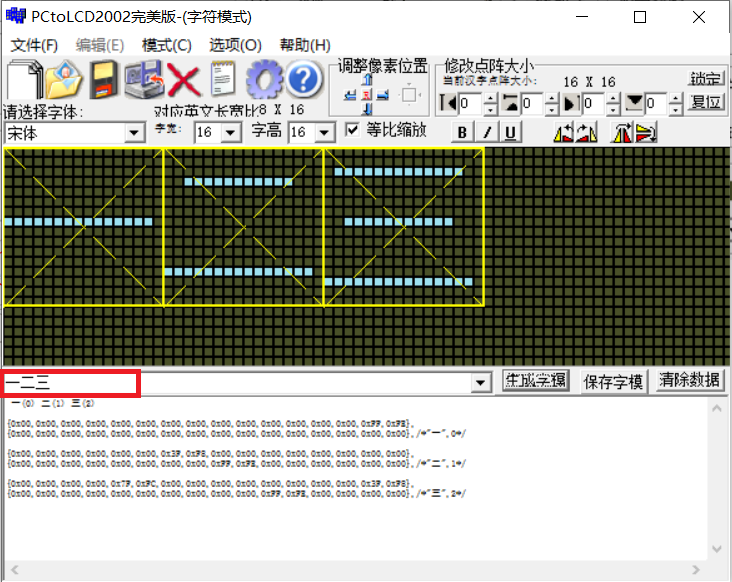 Enter the desired Chinese character in the red box and select generate font on the left. The content below is the generated font, which can be copied and pasted directly.

1. Complete code
2. Relevant modifications
Put the above font into the specified location in the oledfont.h file as follows:

Here, the font is set, and then the text to be displayed is set in the test.c file, as follows:

The text here needs to take the font and write it in the program before it can be used.
When you get here, you can actually compile and burn.
Then introduce the meaning of some parameters

I still have a sense of achievement, although I only made small changes. But I finally saw the effect of the code. Unlike the previous simulation, the feeling is empty. Although it is said to be learning, I feel that these agreements have been read, but I just can't understand them. The project is still very big, but I only read those codes. The whole project still has great research value and can be further studied.