A. the wrong running command is java + the name of your Java program, but it does not add a suffix, so this problem is more wrong with the suffix. class
B correct
C javac is a compilation command, followed by your Java program name with a suffix, that is, YourClassName.java, so the answer is correct
The D JVM (Java virtual machine) runs a compiled bytecode file (a file with. Class suffix), that is, YourClassName.class, so the answer is correct

Choose B
Call methodA (0) in the main function first
In method a, the second line

In methodA, the third line

So the final output is 4 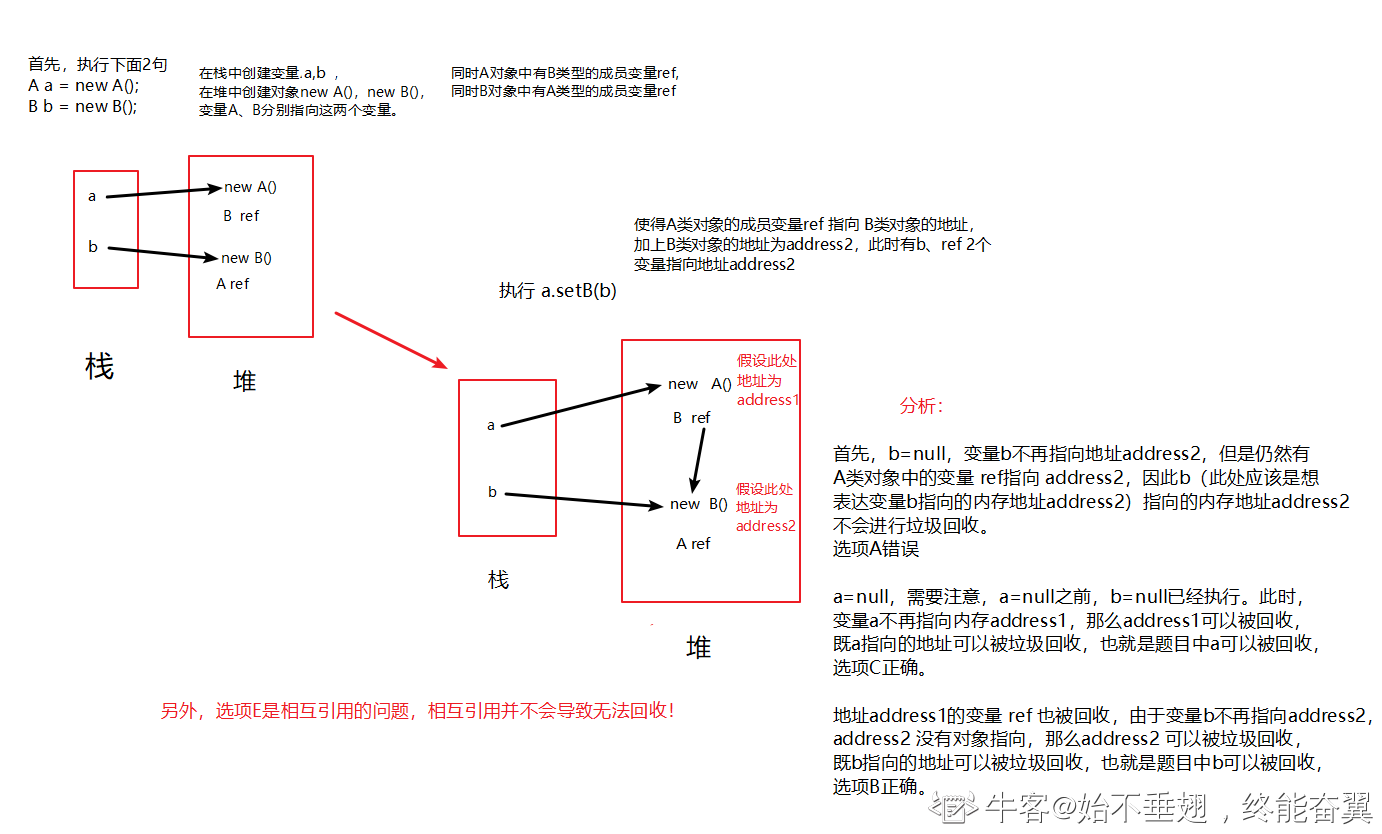 A. The Java system provides three kinds of loaders: Bootstrap ClassLoader, Extension ClassLoader and Application ClassLoader. A is correct
B. In depth understanding of the Java virtual machine P228: for any Class, the Class loader that loads it and the Class itself need to establish its uniqueness in the Java virtual machine. Each Class loader has an independent Class namespace. This sentence can be expressed more commonly: compare whether two classes are "equal" , it only makes sense if the two classes are loaded by the same Class loader. Otherwise, even if the two classes come from the same Class file and are loaded by the same virtual machine, the two classes must not be equal as long as the Class loaders that load them are different. Interface Class is a special Class, so the classes obtained by loading different Class loaders on the same interface Is different. B error
C. The class only needs to be loaded once, so it is necessary to ensure the thread safety of the class loading process and prevent the class from being loaded multiple times. C is correct
D. The class loader of Java program adopts the two parent delegation model. The code to realize the two parent delegation is concentrated in the loadClass() method of java.lang.ClassLoader. The general logic of this method is to check whether it has been loaded first. If not, call the loadClass() of the parent class loader Method. If the parent class loader is empty, the startup class loader is used as the parent class loader by default. If the parent class fails to load, a ClassNotFoundException exception is thrown. D error
E. Working process of parent delegation model: if a class loader receives a class loading request, it will not try to load the class itself, but delegate the request to the parent class loader to complete it. This is true for class loaders at each level. Therefore, all loading requests should eventually be transmitted to the top-level startup class loader, only when the parent class loader The child loader will try to load itself only when it is reported that it is unable to complete the load request. E is correct
F. The Application ClassLoader is responsible for loading the class library specified on the user ClassPath. Not all classloaders load this path. F error

B.java virtual machine Stack: thread is private, and its life cycle is consistent with that of thread. It describes the memory model of Java method execution: each method creates a Stack frame when executing
Frame) is used to store local variable table, operand stack, dynamic link, method exit and other information. Each method from the call to the end of execution corresponds to a stack frame from the virtual machine stack to the stack.
There is no class information. The class information is in the method area

C.java heap: for most applications, this area is the largest piece of memory managed by the JVM. Thread sharing is mainly used to store object instances and arrays

D. Method area: it is a shared memory area that stores class information, constants, static variables, code compiled by the real-time compiler and other data that have been loaded by the virtual machine. 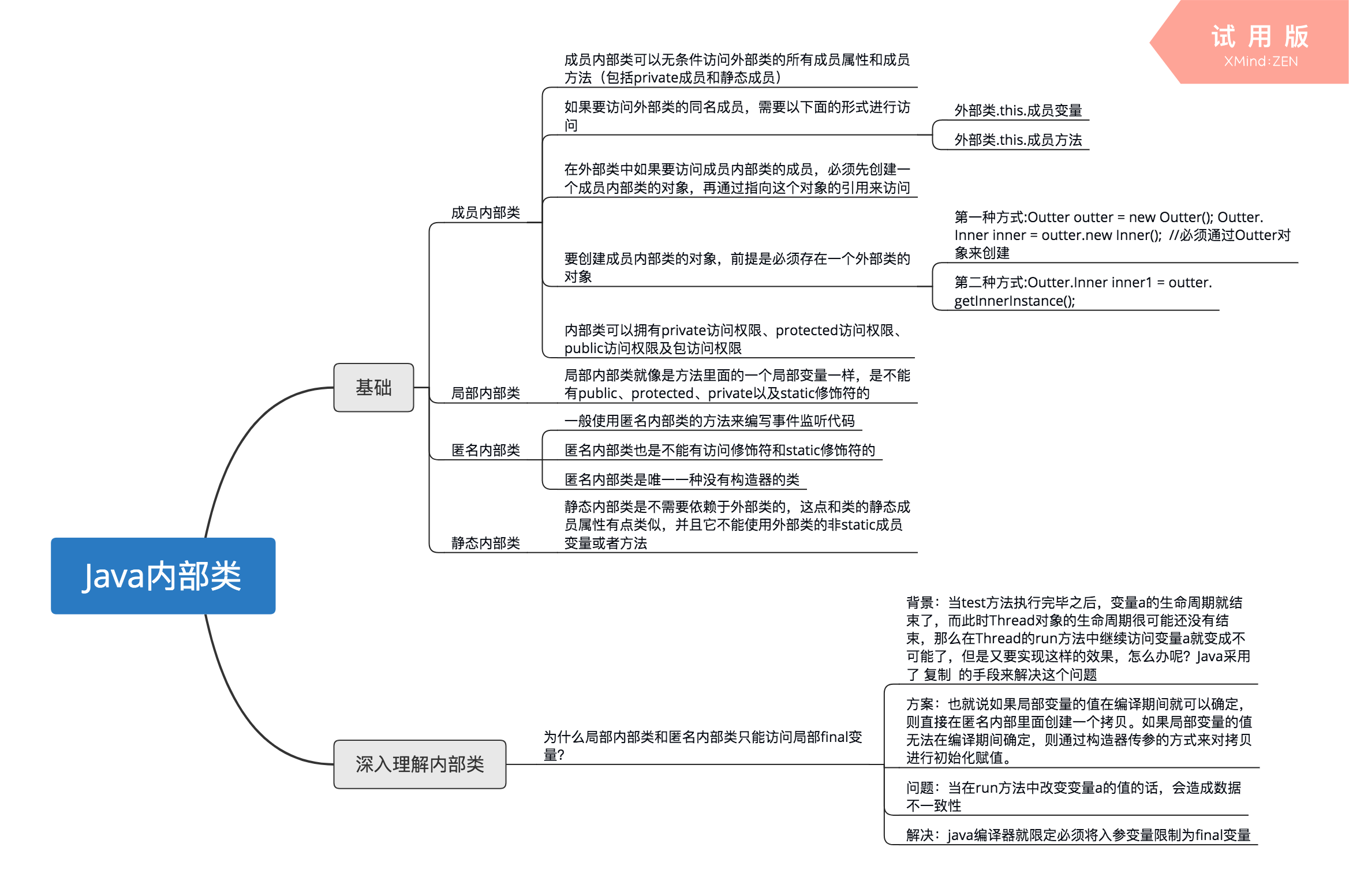