Compared with the omniscience of Java and Android, OKHttp needed to introduce additional Okio libraries when it was introduced through Gradle in the early days. I didn't pay attention to it when it was first used, just like most. I didn't realize that Okio is a treasure house until I slowly like to go to the bottom and go deep into the core of various frameworks, There are also many design ideas worth learning from. Finally, let's give a suggestion to abandon the traditional Java IO and NIO. Whether you are Java or Android, you should embrace Okio as soon as possible. The article is excerpted from Okio official website document Official account will be official account. CSDN will be more like a essay. The public number will be integrated into the source code in a highly complete series. It will really form a complete technical stack. Welcome to the attention. The first series is about the Android system startup series. There are about twenty dry cargo. 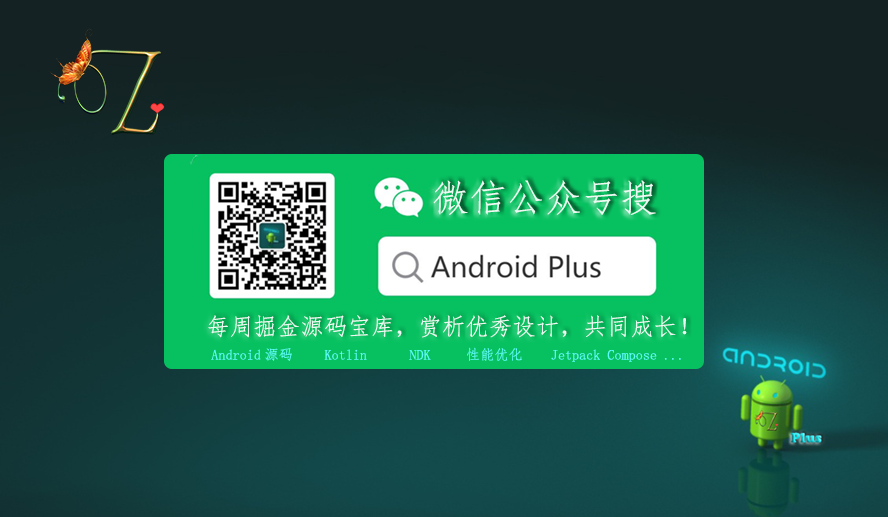 Based on OKio 1.x

Okio was originally a component of okhttp. As an IO library used internally by okhttp, it can be said to be an excellent component more efficient than JDK native IO and nio. Okio bottom layer adopts object pool reuse technology to avoid frequent GC, and highly abstracts IO objects (a bit similar to the design idea of socket), making it more efficient and convenient to access, store and process data.

Okio is a highly abstract data type, which is mainly built around two types:

All data operations are abstracted and unified into the corresponding API. It is precisely because of their internal design that Okio saves CPU and memory resources compared with traditional IO.

The ByteString class implements the serializable and comparable interfaces generated by the original JDK. In essence, it is an immutable byte sequence. The most basic type corresponding to String data is String. ByteString is equivalent to a smarter String because it comes with flexible encoding and decoding mechanisms for hexadecimal, base64 and utf-8

When encoding a string into ByteString using UTF-8, the string will be cached internally and can be directly obtained from the cache during decoding.

The buffer class implements the bufferedsource, bufferedsink, Cloneable and bytechannel interfaces defined by Okio. It is essentially a variable byte sequence. Similar to Arraylist, you do not need to set the size of the buffer in advance. You can read and write the buffer as a queue structure, write the data to the end of the queue, and then read from the head of the queue. Buffer is implemented as a linked list of fragments. When data is moved from one buffer to another, it will reallocate the holding relationship of fragments instead of copying data across fragments. This is especially useful for multithreading, especially the sub thread interacting with the network can exchange data with the worker thread without any replication or redundant operation.

Okio also highly abstracts the Stream type. All streams can be represented by the following two types:

It can be regarded as the base class of all streams.

Supplies a stream of bytes. Use this interface to read data from wherever it's located: from the network, storage, or a buffer in memory.

Receives a stream of bytes. Use this interface to write data wherever it's needed: to the network, storage, or a buffer in memory. Sinks may be layered to transform received data, such as to compress, encrypt, throttle, or add protocol framing.

3, Simple use of Okio

Try with source is a syntax sugar provided by jdk1.7. For the resource object in the try statement (), JDK will automatically call its close method to close it, so you don't have to close it manually in finally. Even if there are multiple resource objects in the try, it doesn't affect it. However, if it is used in android, you will be prompted to require that the API level be at least 19.

Generally speaking, the readUtf8Line() method can be used to read most files, but for some special cases, you can consider using readUtf8LineStrict(). The function is similar. The difference is that readUtf8LineStrict() requires that each line end with * * \ n or \ r\n * *. If the end of the file is encountered before that, it will throw an EOFException.

After JDK 1.7, you can call the System.lineSeparator() method to automatically obtain the line feed flag under the corresponding system.

In addition to reading text files, you can also read serialized objects through ObjectOutputStream

2.1. Serialize the object into ByteString

Through the above methods, you can serialize an object and get the ByteString object. You can directly call * * ByteString#base64() * * method to encode Base64:

Okio calls the string obtained after base64 processing as Golden value, and ByteString#decodeBase64 is used for Golden value

2.2. Deserialize ByteString as an object

In short, Golden value can be used to ensure that the serialized and deserialized objects are consistent.

An obvious difference between Okio serialization and JDK native serialization is that GodenValue can be compatible between different clients (as long as the serialized and deserialized classes are the same). For example, on the PC side, I use Okio to serialize the GodenValue string generated by a User object. You can still deserialize the User object when you get the string from the mobile terminal.

Other usage and design ideas refer to the read-write method. Most of the write series methods are read-write methods with UTF-8 coding. Okio recommends giving priority to the use of UTF-8 method, because UTF-8 has been standardized all over the world. However, other encoded character sets are required. You can use readString() and writeString() to specify character encoding parameters, but in most cases, you should only use methods with UTF-8.

Any type of write operation in Okio is initiated by BufferedSink. Compared with traditional IO, Okio is particularly convenient to write binary byte sequence, which realizes the function of inserting after pointer displacement in C/C + +. Therefore, several concepts are introduced:

The following example is basically the parsing and implementation of the Bitmap algorithm protocol, which is quickly implemented through Okio.

In the code, binary data is written to the file in BMP format, which will generate a picture file in BMP format. BMP format requires that each line start with 4 bytes, so a lot of zeros are added to the code for byte alignment. In addition, the format of encoding other binary is very similar, and there are some noteworthy points:

5. Okio is used in Socket communication

The essence of network communication is I/O operation, so okio is very important to improve the performance of network communication. Okio uses BufferedSink to encode the output and BufferedSource to decode the input. Network protocols can be text, binary, or a mixture of both. But there are some substantive differences between networks and file systems. For a file object, you can choose to read or write, but the network can read and write at the same time, which has the problem of thread safety. Therefore, in some protocols, it works in turn - write request, read response, and repeat the above operations. When multithreading is involved, a special thread is usually required to read data, and then use a special thread or use synchronized to write data. If multiple threads can share a Sink, thread safety needs to be considered. In short, okio streams are unsafe to use in parallel by default. Although okio will refresh automatically when the buffered data exceeds a certain threshold, it is only to save memory and cannot be relied on for protocol interaction. Therefore, for okio's sinks buffer, you must manually call flush() to transfer data to minimize I/O operations. Okio establishes a connection based on java.io.socket. After creating a server or client through socket, you can use Okio.source(Socket) to read and Okio.sink(Socket) to write (these API s are also applicable to SSLSocket). In any thread, you can call the Socket.close() method to close the connection, which will cause the sources and sinks objects to throw IOException immediately and fail. Okio can configure timeout limits for all socket operations, but you do not need to call socket methods to set timeout: Source and Sink provide timeout interfaces.

In Okio, once you create a Source or Sink for the Socket object, you can no longer use InputStream or OutputStream.

The loop reads data from the source, writes it to sink, and calls flush() to refresh. If you don't need to flush() every time you write data, the two sentences in the for loop can be replaced by a line of code BufferedSink.writeAll(Source). In the read() method, an 8192 is passed as the number of bytes read. (in fact, any number can be passed here, but Okio prefers to use 8 kib, because this is the maximum value that Okio can handle in a single system call)

Okio uses signed types, such as byte and short, but usually the protocol requires unsigned values. The preferred way to convert signed values to unsigned values in Java is through the bitwise AND & operator. The following is the conversion table of bytes, short integers and integers

There is no basic type in Java that can represent an unsigned long type.

6. Hash algorithm and encryption and decryption

6.2. Generate the corresponding encrypted "hash" string from the Buffer

Of course, HMAC can also be generated from ByteString, Buffer, HashingSource, and HashingSink. However, Okio does not implement HMAC for MD5.