1, What is a transaction

Transaction refers to a program execution unit that accesses and updates various data in the database. MySQL transactions are mainly used to process data with large amount of operations and high complexity.

(2) Consistency: the integrity of the database is not destroyed before and after the transaction. This means that the written data must fully comply with all preset rules, including the accuracy and serialization of the data, and the subsequent database can spontaneously complete the predetermined work

(3) Isolation: the ability of a database to allow multiple concurrent transactions to read, write and modify their data at the same time. Isolation can prevent data inconsistency caused by cross execution when multiple transactions are executed concurrently. Transaction isolation is divided into different levels, including Read uncommitted, read committed, repeatable read, and Serializable

(4) Durability: after the transaction is completed, the modification of data is permanent and will not be lost even if the system fails.

Function of marker points: when you have a large number of sql operations in a thing, if the efficiency of rollback (returning to the original state by default) is very low, you can consider returning to a marker point.

mysql database automatically submits transactions by default, which is related to the variable autocommit. The default is 1, that is, it is turned on (ON). You can view it through the black window (cmd window). The effect is as follows:

Note: whether autocommit is 1 or 0; After the start transaction, the commit data will take effect only when it is rolled back.

When autocommit is 0; No matter whether there is a STARTTRANSACTION or not, the commit data will take effect only when it is rolled back. 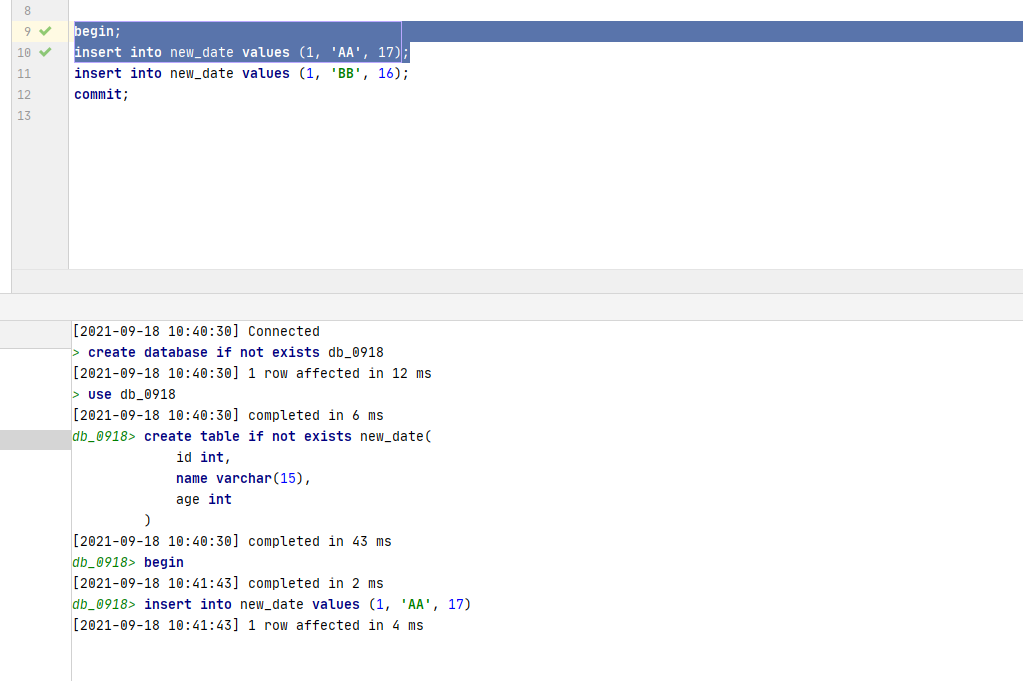 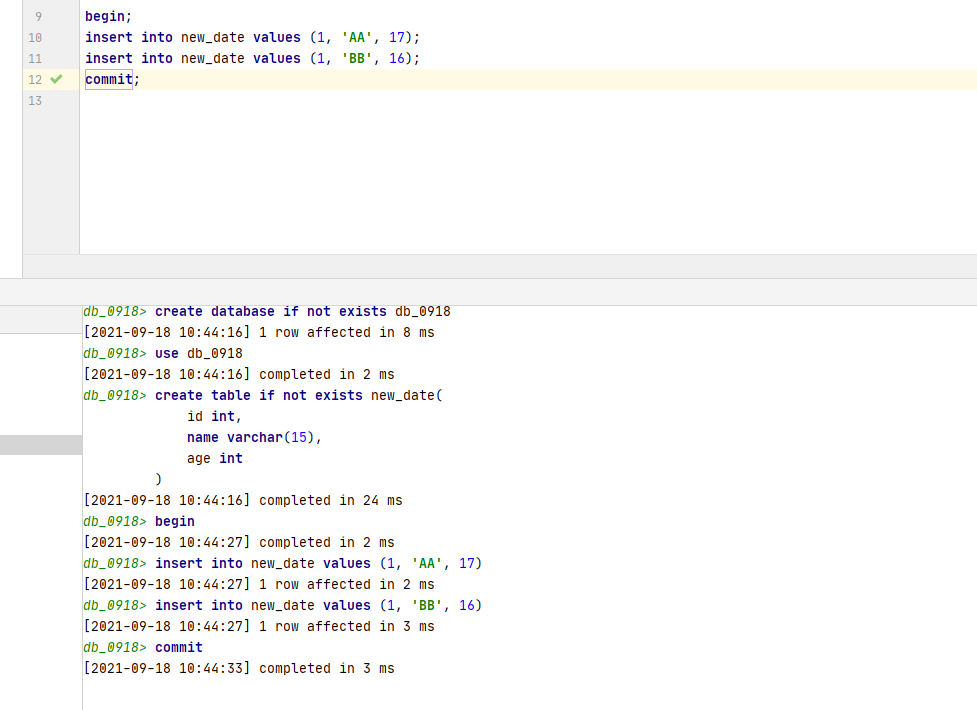 How to set auto submit:

Note: after setting, only the current connection is allowed. When the database is disconnected and enters again, this value will be restored to the default value, i.e. 1. 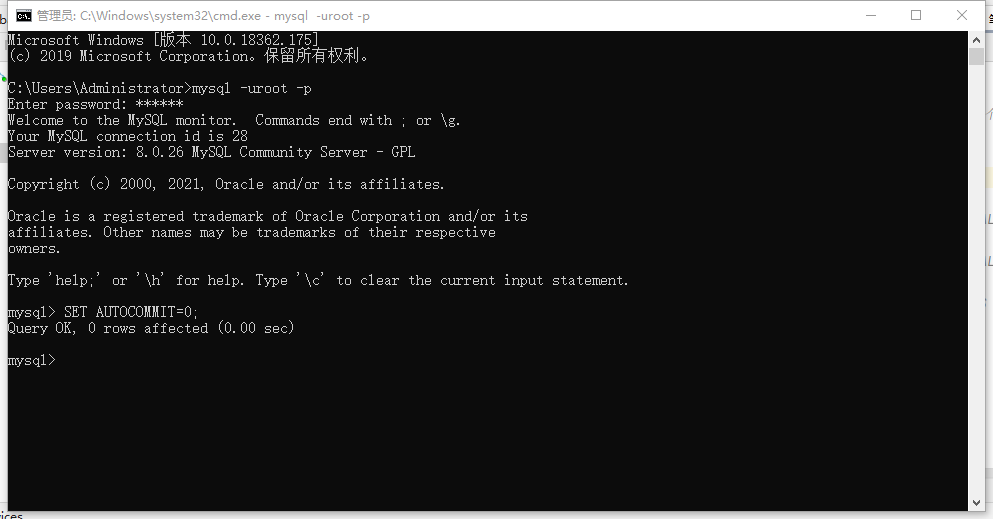 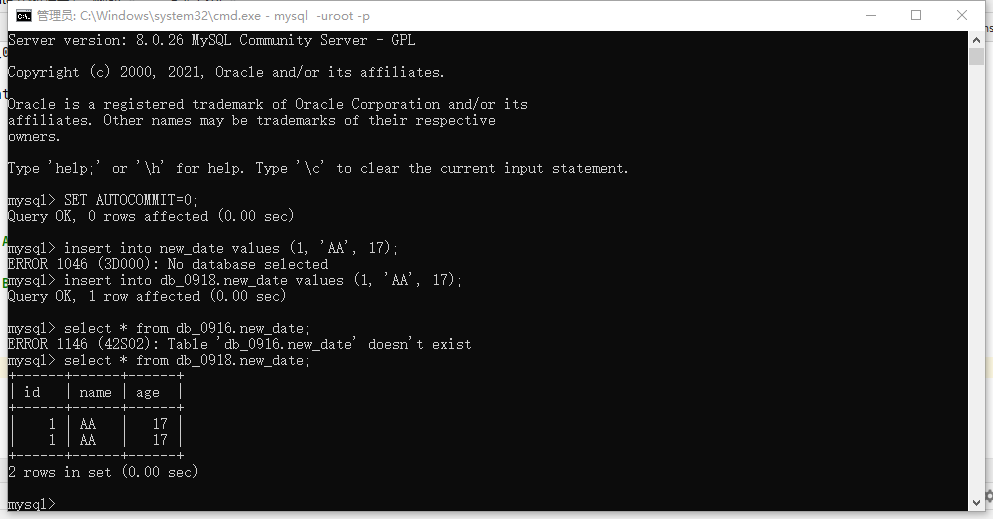 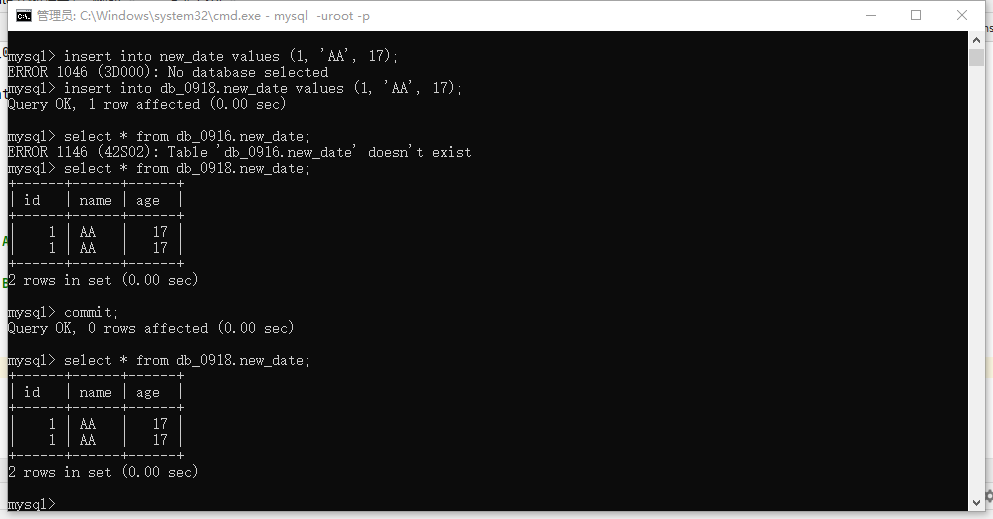 For example, bank transfer, when a user transfers money to another user, it will be deducted from the transfer user and added to the receiving user's card. However, when either party fails, it will be rolled back, that is, the transaction fails.

Dirty reading, which occurs when reading uncommitted isolation levels. When a transaction is accessing data and making changes to the data, but the changes have not been committed to the database, another transaction also accesses the data and uses the data.

Unreal reading, a phenomenon that occurs at the repeatable read isolation level. Read multiple times before and after to read the data inserted by other transactions.

A view is a virtual table exported from one or more base tables (or views). A view cannot have the same name as the table name. Data is mostly used as queries, and data is generally not modified through views.

3. Views provide a certain degree of logical independence for refactoring the database

Views are mostly used for statements with high query frequency or scenes with complex logic. You can consider establishing views.

For example: website home page data; Filter at the top of the site.

Extension, using the while loop to insert three data: