MinIO is an object storage service based on Apache License v2.0 open source protocol. It is compatible with Amazon S3 cloud storage service interface and is very suitable for storing large-capacity unstructured data, such as pictures, videos, log files, backup data and container / virtual machine images. An object file can be of any size, ranging from a few kb to a maximum of 5T. MinIO is a very lightweight service that can be easily combined with other applications, similar to NodeJS, Redis Or MySQL.

minio is divided into server and client. The server is deployed through minio. The client is only a binary command (mc). Object storage (addition, deletion, query, etc.) can be operated through mc. Of course, minio also provides SDK s in various languages. For details, please refer to Official website

Consistency Minio in distributed and stand-alone modes, all read and write operations strictly follow the read after write consistency model.

Erasure code Minio uses erasure code and checksum to protect data from hardware failure and silent data damage. Even if you lose half (N/2) of your hard disk, you can still recover data.

What is erasure code? Erasure code is a mathematical algorithm to recover lost and damaged data. Minio uses Reed Solomon code to split objects into N/2 data and N/2 parity blocks. This means that if there are 12 disks, an object will be divided into 6 data blocks and 6 parity blocks, and you can lose any 6 disks (whether it is a stored data block or parity block), you can still recover the data from the remaining disk. Is it very NB? Please google if you are interested.

What is bit rot protection? Bit rot, also known as data corruption, Silent Data Corruption and Silent Data Corruption, is a serious data loss problem of hard disk data at present. The data on the hard disk may be damaged unknowingly, and there is no error log. As the saying goes, open guns are easy to hide and hidden arrows are difficult to prevent. This kind of mistake made behind the scenes is better than the hard disk But don't be afraid. The Minio erasure code uses a high-speed HighwayHash hash based checksum to prevent bit attenuation.

Distributed deployment: GNU/Linux and macOS example 1: start the distributed Minio instance with 8 nodes and 1 disk for each node. You need to run the following commands on all 8 nodes. 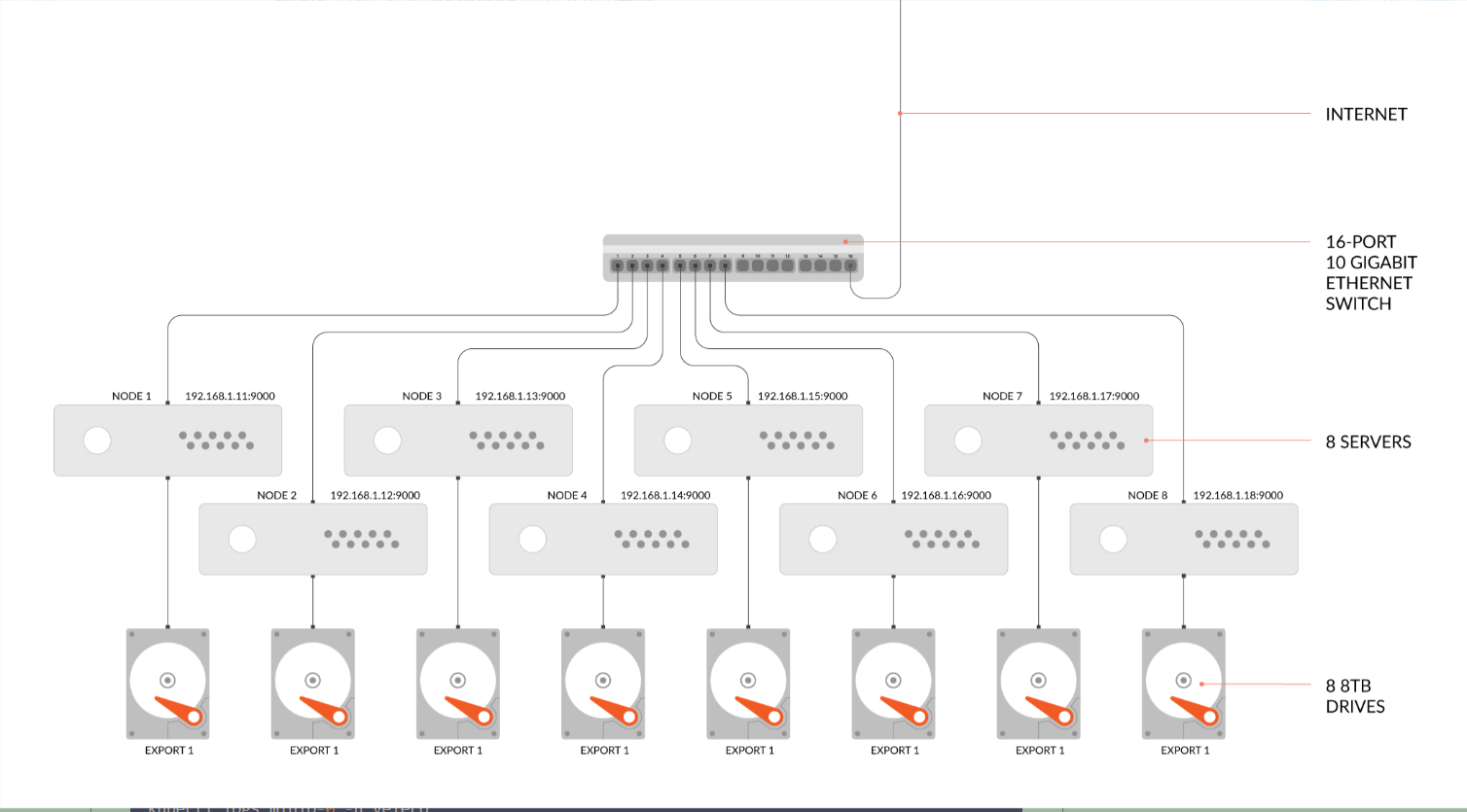 As shown in the figure above, when I use four nodes to create distributed minio, I will use the default pvc to create storage. By default, one 10G storage is created for each node (which can be customized and modified)

Client mc installation and use

Optimization Practice of minio in K8S

As mentioned above, minio's practice in k8s is in my practice environment. After I install distributed through helm, I use nfs as storeageclasses by default. There are four nodes in total and four pvc are automatically created. After I delete the data of one pvc, minio can still read and write normally, and the data can still exist. Refer to the following figure

But there is one biggest problem. If you use self built shared storage such as nfs, even if minio has four nodes, it can ensure data security. However, you do have only one nfs disk. In case your nfs goes down and the disk is damaged, all your data will be gone. Therefore, in order to ensure data security, it is recommended to use hostPath, Save the corresponding data in each node. In this way, even if the node goes down and the disk is damaged, your data will not be lost. Moreover, the speed of reading and writing data through the local node will be faster. Of course, you need to manage the local storage of the node

Environment Description: five node k8s environments, four of which are used as Minos, and all use node host networks