In our daily life, we often participate in the second kill, rush purchase and some preferential activities of goods on platforms such as Taobao, tmall, jd.com and pinduoduo. We also use 12306 mobile APP to grab train tickets and high-speed rail tickets on holidays. Sometimes we even help colleagues and friends to vote and brush tickets for their children, Without exception, these scenarios will cause a surge in server traffic, resulting in the inability to display web pages, slow APP response, abnormal function, and even the collapse of the whole website.
How can we ensure the safe operation of various businesses and the system will not collapse under any circumstances when these business flows are changeable? When the system load is too high, we can use three measures to protect the system: current limiting, degradation and fusing, which led to the birth of some flow control middleware. For example, Sentinel.

1.Sentinel is a jar package. We need to download and run this jar package 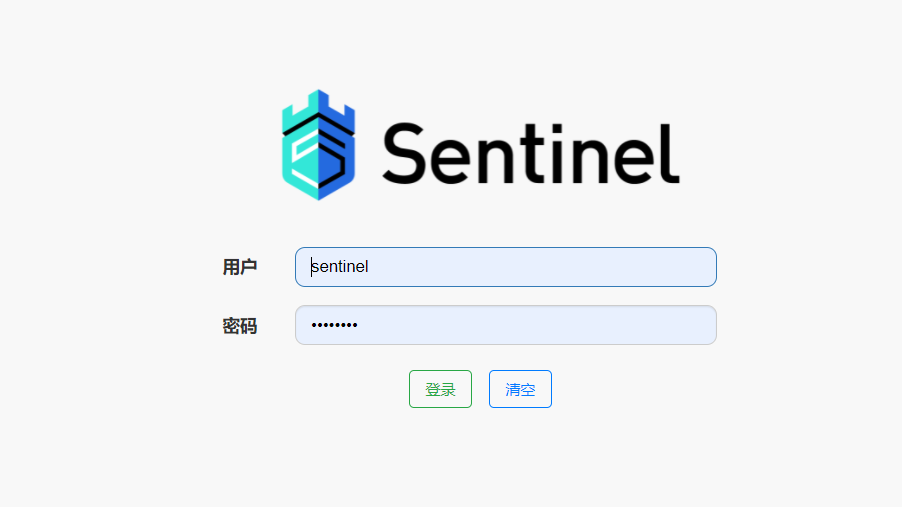 4. Is it too troublesome to start every time? We add scripts in the IDEA to start quickly

The first line is the java.exe file directory in bin in jdk

The second line is the command specified by the runtime. Just remove the preceding java prefix

After adding, we can quickly start in the IDEA

As the name suggests, current limiting is to limit the flow

First, you need to import pom dependencies, which are generally imported on the consumer side

The monitoring is successful. Next, we limit the traffic

1. Find the corresponding resource name in the cluster link and add a flow control rule 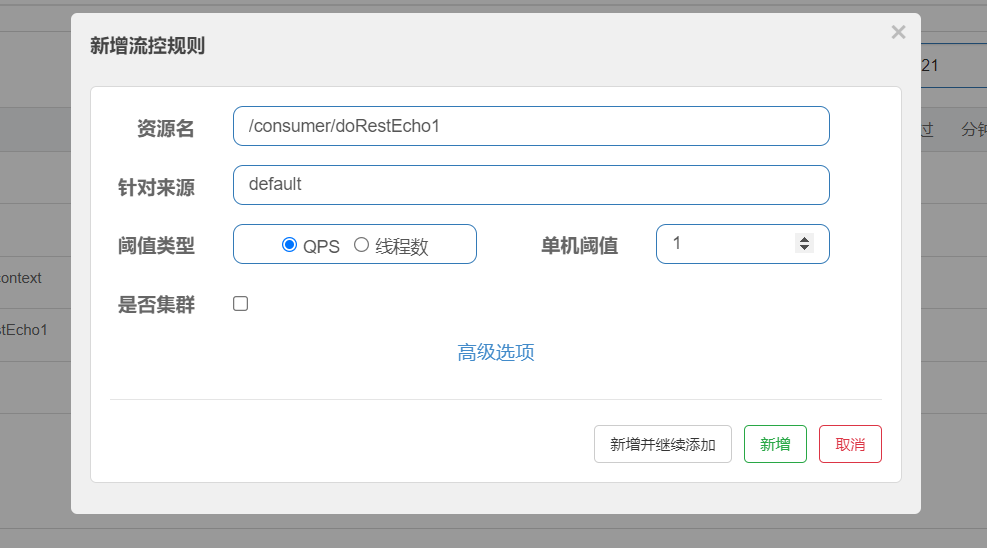 QPS: the number of requests per second

Current throttling succeeded. You can only access it once per second 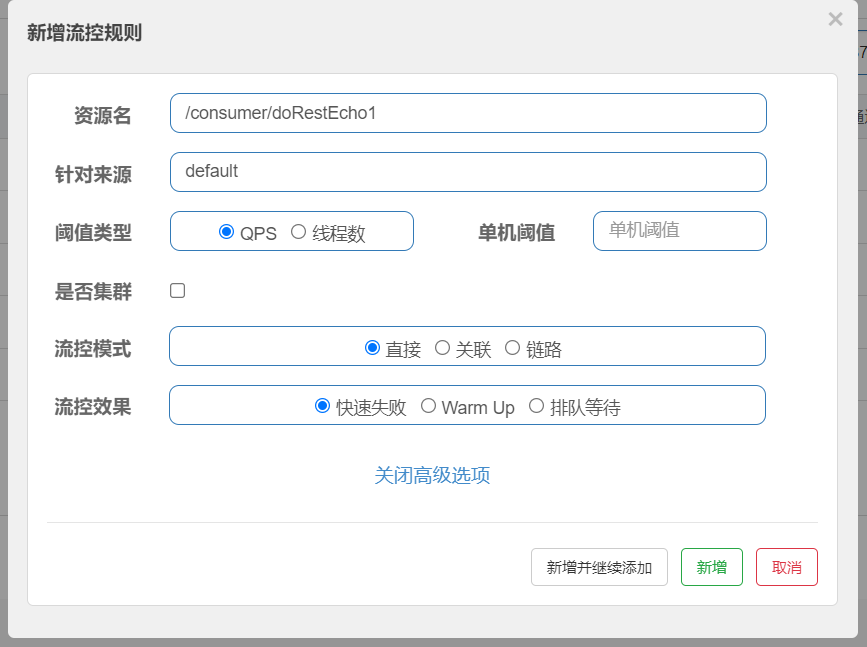 Summary is a sentence, sacrifice yourself and save others 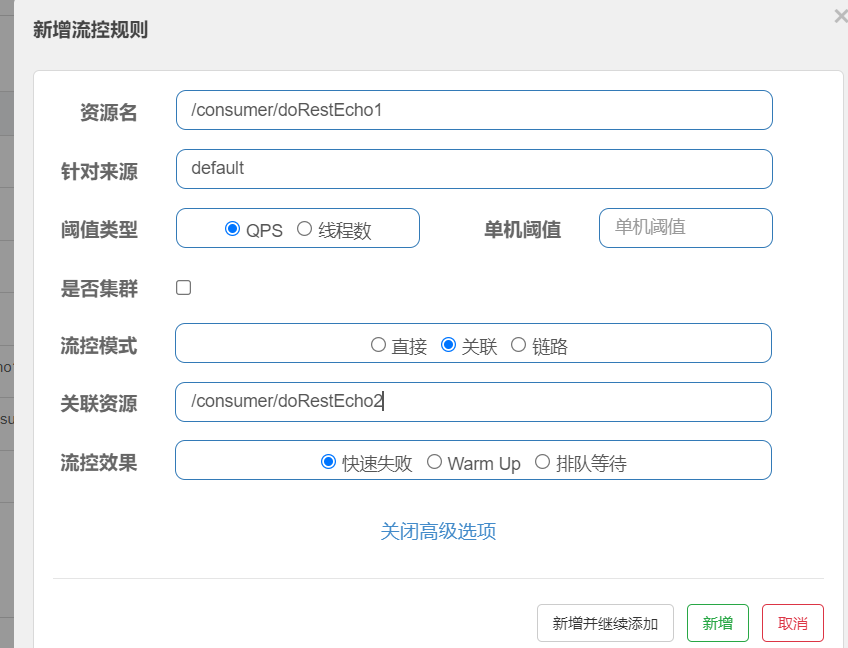 At this time, we open two port services, crazy access to Echo2, and observe whether Echo1 is restricted 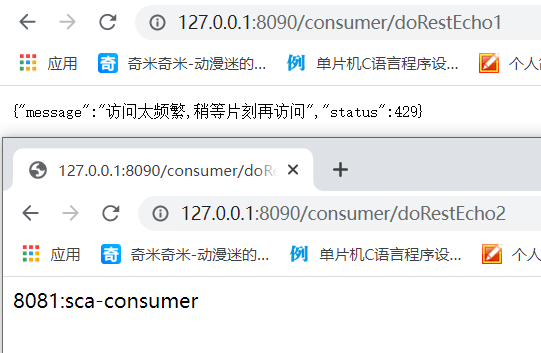 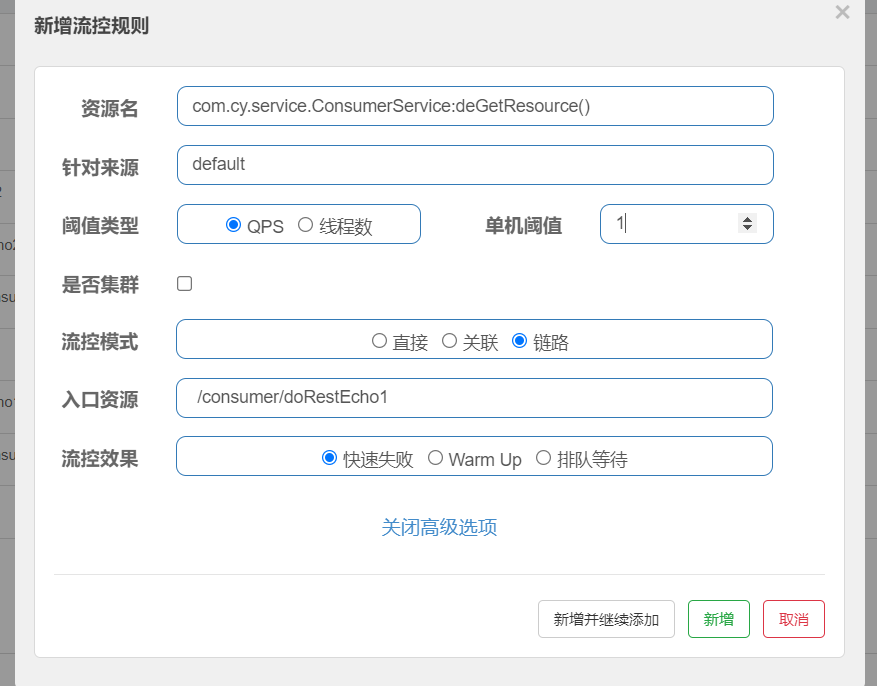 Note: when the flow control mode is the link mode, if sentinel is later than 1.7.2, the Sentinel Web filter will aggregate all URL entries as sentinel by default_ spring_ web_ Context. Therefore, limiting the current of the specified link alone will not take effect. You need to add the following statement in application.yml to turn off URL PATH aggregation.

In addition to flow control, fusing and degrading unstable resources in the call link is also one of the important measures to ensure high availability. Due to the complexity of the call relationship, if a resource in the call link is unstable, it will eventually lead to the accumulation of requests.
Sentinel will restrict the call of a resource when it is in an unstable state in the call link (for example, the call timeout or the abnormal proportion increases), so as to make the request fail quickly and avoid affecting other resources and causing cascading errors. When a resource is degraded, calls to the resource will be automatically fused within the next degradation time window

Inject and call the jiangji method in the Echo1 request 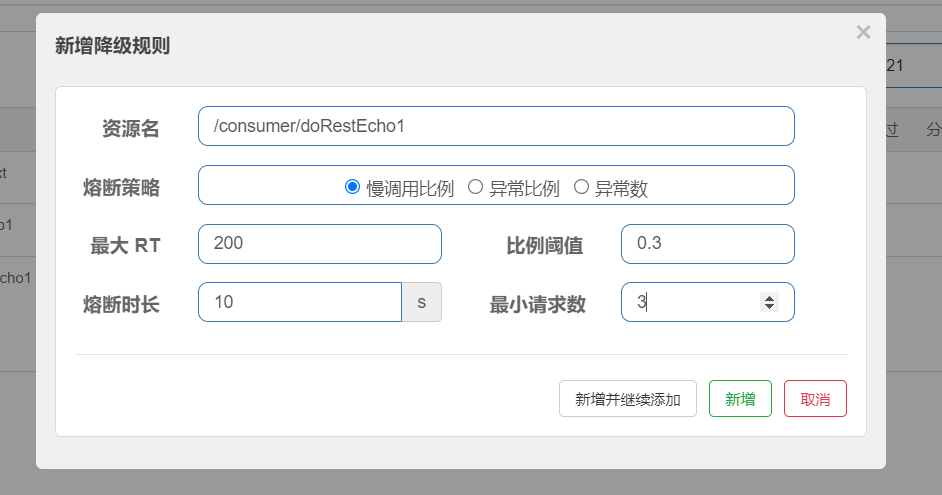 Here, it indicates that the fusing strategy is a slow call ratio. It indicates that when the number of link requests exceeds 3, if the average response time exceeds 30% of 200 milliseconds, the request will be fusing. The fusing time is 10 seconds, and it will return to normal after 10 seconds.

The default is to return the default exception. We can customize the exception

2. Add the hotspot link to be current limited 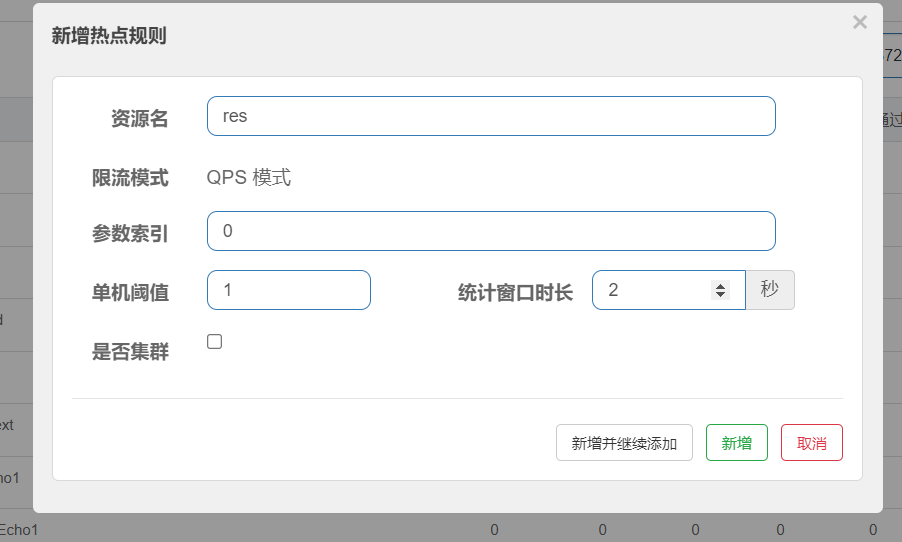 The parameter index is the subscript of the method parameter annotated by @ SentinelResource. 0 represents the first parameter and 1 represents the second parameter. The stand-alone threshold and the duration of the statistical window indicate that the current is limited every two seconds after more than one access in this window. 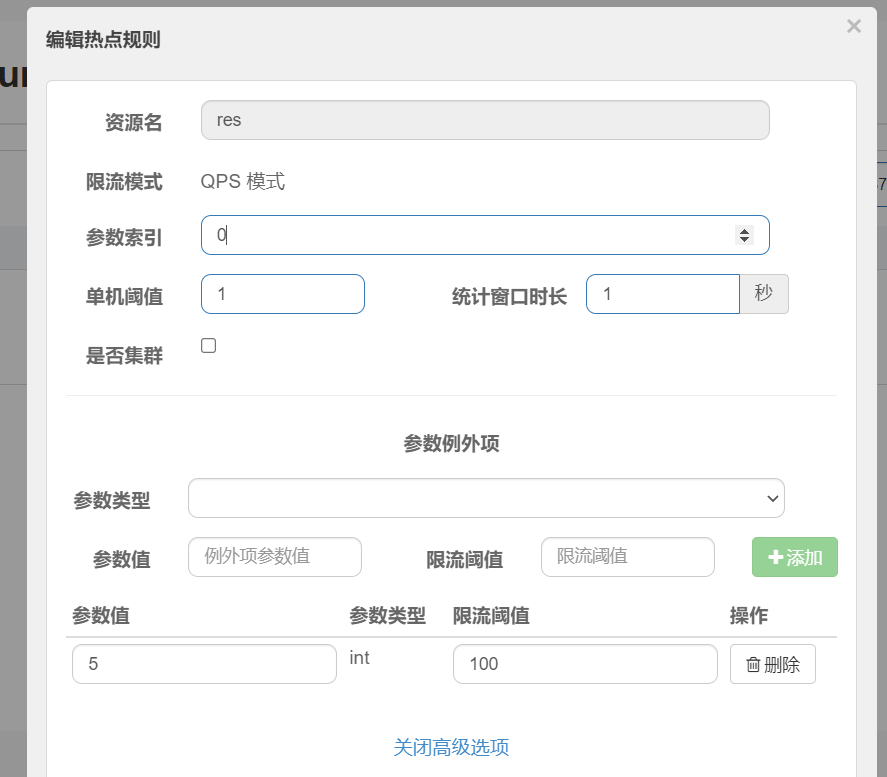 If you successfully join the blacklist, app1app2 is inaccessible and other accesses are normal. Otherwise, the whitelist is normal and others are inaccessible

2. Based on IP address

The test is successful. Specify the IP inaccessible resources in the blacklist

3. Based on request header 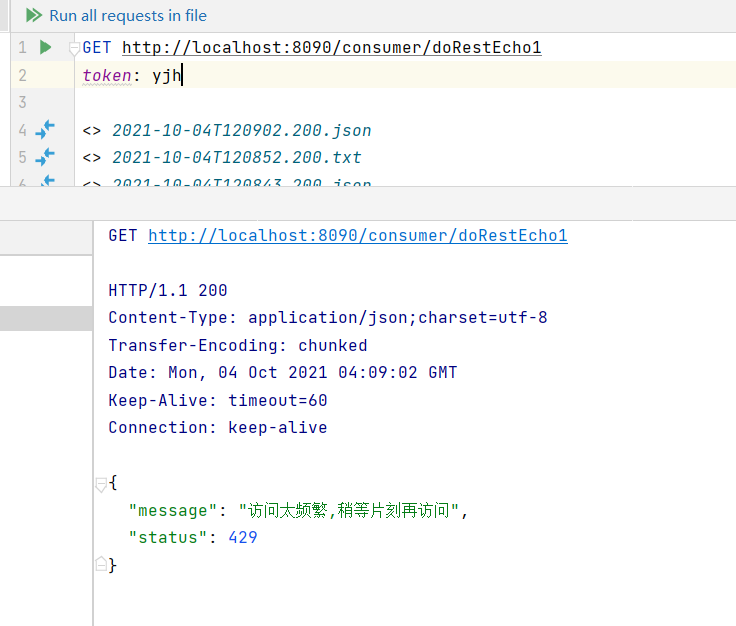 The test is successful, the access with the specified request header fails, and others are normal