A series of materials I publish are my study, backup and use, and convenient for future review. With my continuous improvement, each article will continue to add content or expand the article, so the article I publish will be relatively long. If you brush my article, it will be helpful to you and can be collected

Before, we focused on the front-end solutions (technologies involved include H5, CSS3 and JavaScript, CSS upgraded to Bootstrap and then upgraded to ElementUI, JavaScript upgraded to jQuery and then upgraded to Vue+NodeJS). Now we start to focus on the back-end solutions, that is, what the server does and what technologies support it (SpringBoot, Maven, SpringMVC, Spring, Mybatis). In this way, after learning the front and back ends, the basic technologies required for the whole software project will be fully connected, and you can independently complete the development of enterprise projects. 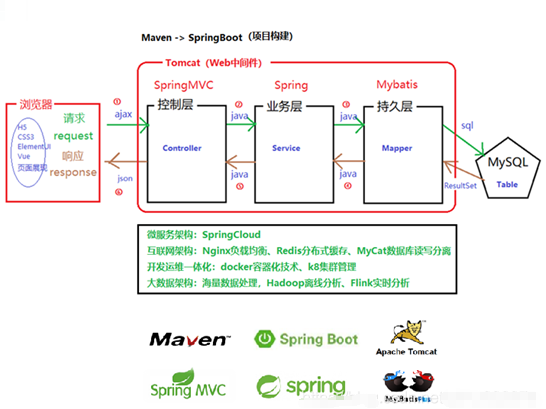 Let's describe a classic business request process: the front-end html page initiates an ajax request( http://localhost:8080/factoryController/findAll ) , access the Controller control layer of the Spring MVC framework. The Spring MVC framework parses the request, finds a Controller to be called, finds the findall method, and encapsulates the parameters submitted by the request into a java object. Then, the Controller layer passes the request to the Service business layer of the Spring framework, and the Service layer passes the request to the Mapper persistence layer of the Mybatis framework Ask the MySQL database to query the database table. The query results are returned to Mapper layer, Mapper layer and Service layer, and then the Controller layer. The Controller converts the java data into json string and returns it to ajax call. ajax calls back and converts the json string into js object. Then the js object can be parsed through js/vue in the page, and finally the data is displayed to H html page.

In the Java project, we find jars by ourselves, either from the official website, or from netizens, or from the project team. In any way, we need to copy the jar file to the lib directory and build path. 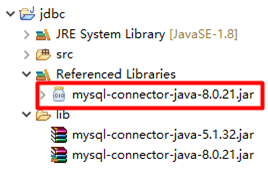 Maven changed this way of manually maintaining jars and designed a set of automatic jar maintenance system, which has been widely used in software projects. It is a technology that software developers must master. 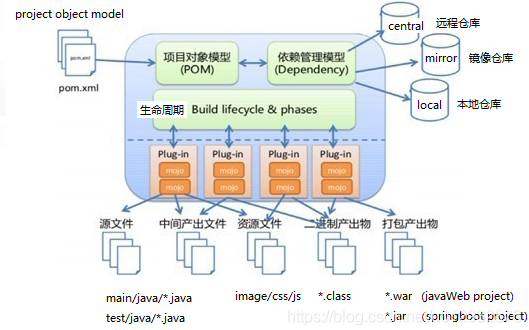 Maven is very similar to git we learned before. It is also a distributed architecture. It has a global warehouse, called the central warehouse. Global developers can connect to it to automatically download jar packages without going to the manufacturer's official website. They all go to a central warehouse to download. The central warehouse is under great pressure, so there are image warehouses all over the world, such as Netease, Alibaba and so on Warehouse. But every time you go to the Internet to download, it won't be a day to pay the network fee. Maven certainly won't do that. It also has a local warehouse. After downloading once, it won't download again unless you delete it.

Because of its full automation, the central warehouse defaults, and the mirror warehouse needs to be configured without writing a sentence of code.

The warehouse only solves where jars come from and where they are placed. There are thousands of jar packages. We have jdbc drivers, junit unit tests, spring framework, mybatis, etc. How can we call our project? 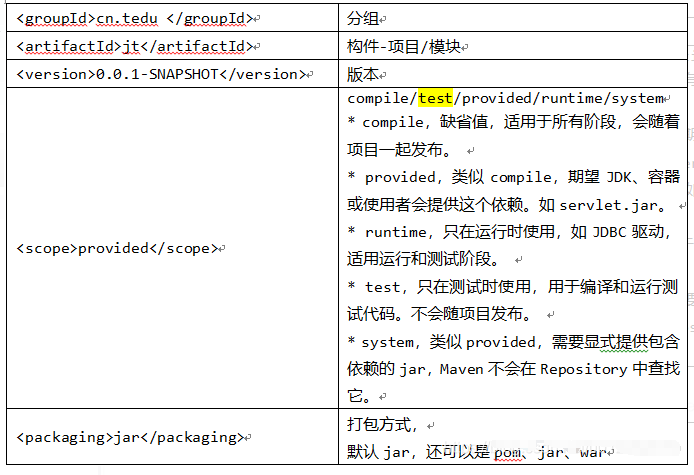 How do you feel after reading it? It's not clear yet? Coordinates are not to form a set of file storage rules, so that jar packages from different manufacturers around the world can be saved in maven warehouse without conflict and in their own directories. Even if their own versions are placed in different directories because of different version numbers, they will not cause conflict at home.

At the same time, the most important thing is that with a unified specification and a unique name, you can automatically find the required jar package.

This design level can be seen. A set of directory rules makes jar automatic processing a reality.

Next, there is a great design, which is worth tasting. Maven has defined a set of life cycles based on his predecessors. There are three life cycles: clean, default and site. Each life cycle contains multiple phase s. This is not surprising, but the next is the powerful place.

What does this mean? Look at the following command:

This means that many commands are executed at once, also known as one click deployment, and this process is fully automatic. Previous developers did every step by themselves.

You can also execute multiple commands at once, and each command executes the commands in front of it:

Note: these maven commands can be executed directly in the dos window, but the system variable maven needs to be configured_ Home, but in actual development, we often integrate with the development IDE environment, and rarely directly use dos mvn command, which will not be introduced here.

Find the settings.xml in the conf folder in the maven installation location

It is configured as an Alibaba image, which is fast, but sometimes there are errors. If there are errors, delete the configuration and download it from the maven official website by default. Configure the Alibaba private server image warehouse, which can be written in the middle of the mirrors tab: about 160 lines

Maven is very powerful, and major development tools are directly integrated with ides, and eclipse is no exception. Enter the preferences menu of eclipse, select maven, and check "Download Artifact Sources". When downloading the jar package, it will automatically download the source code of the device, which is a very considerate function for developers to view the source code. 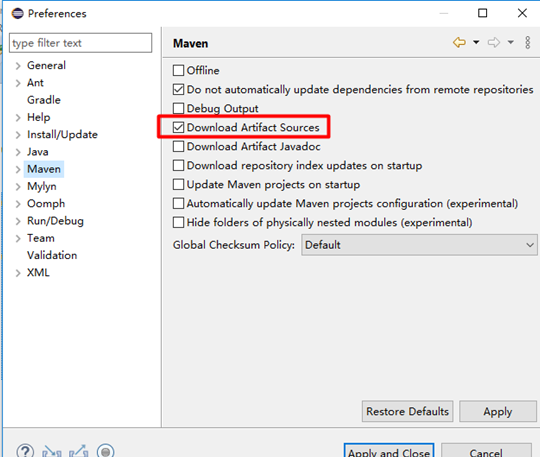 By default, Eclipse has integrated maven (EMBEDDED), but we basically don't use it. It is said that there are problems. We are used to downloading the latest version of maven and configuring it ourselves.

Select the root directory where maven is installed. Don't forget to check it. 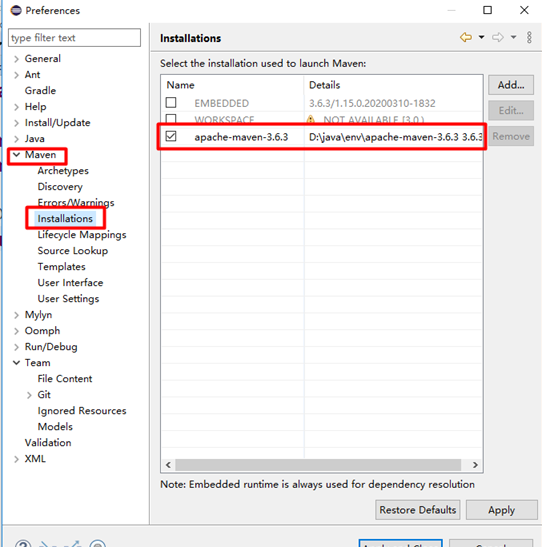 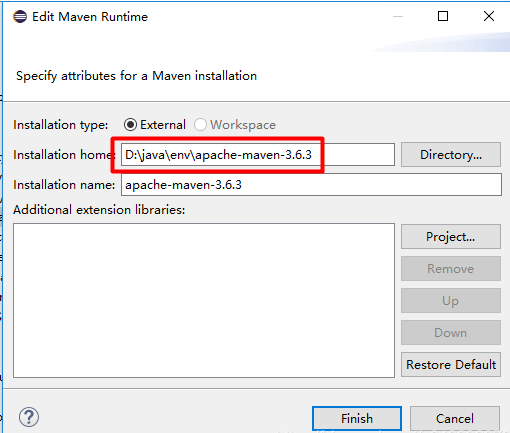 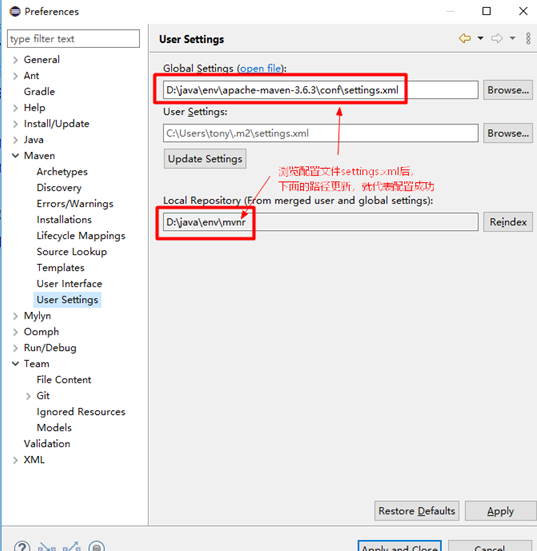 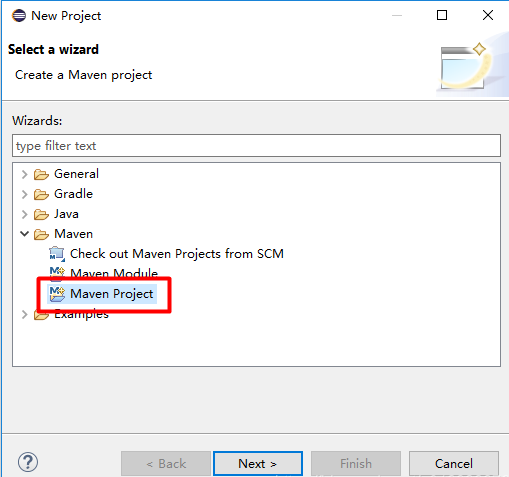 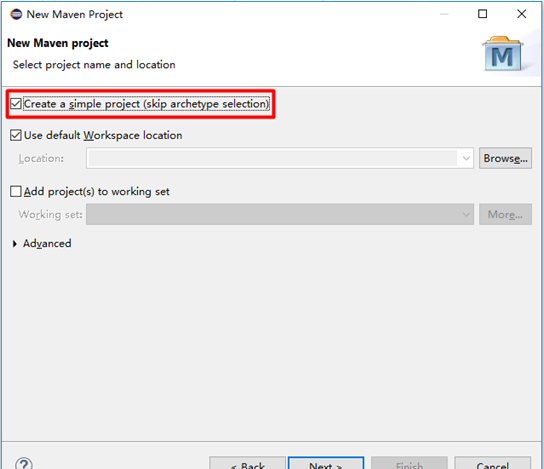 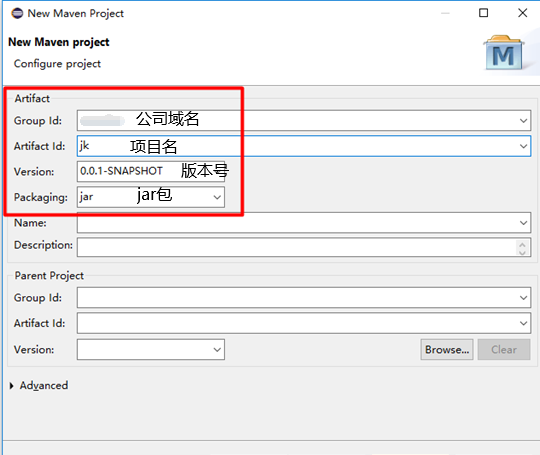 Maven advocates a slogan: agreement is better than configuration!

convention over configuration, also known as programming by convention, is a software design paradigm, which aims to reduce the number of decisions that software developers need to make and obtain simple benefits without failure.

Put the project code under main, the test code under test, the source code file under java, and the resource file under resources. The project code management structure is clear, the division of labor is clear, and each belongs to its own position, which is easy to manage and finally facilitate the automation of the program. The Maven command can be executed with one click, and its core point depends on this. This is true for Maven and Spring/SpringBoot.

Note: the archetype s of Maven's individual skeletons will not create the above directories completely, and the creation of each skeleton is slightly different. There are many bug s, which doesn't matter. We can create and supplement them manually. 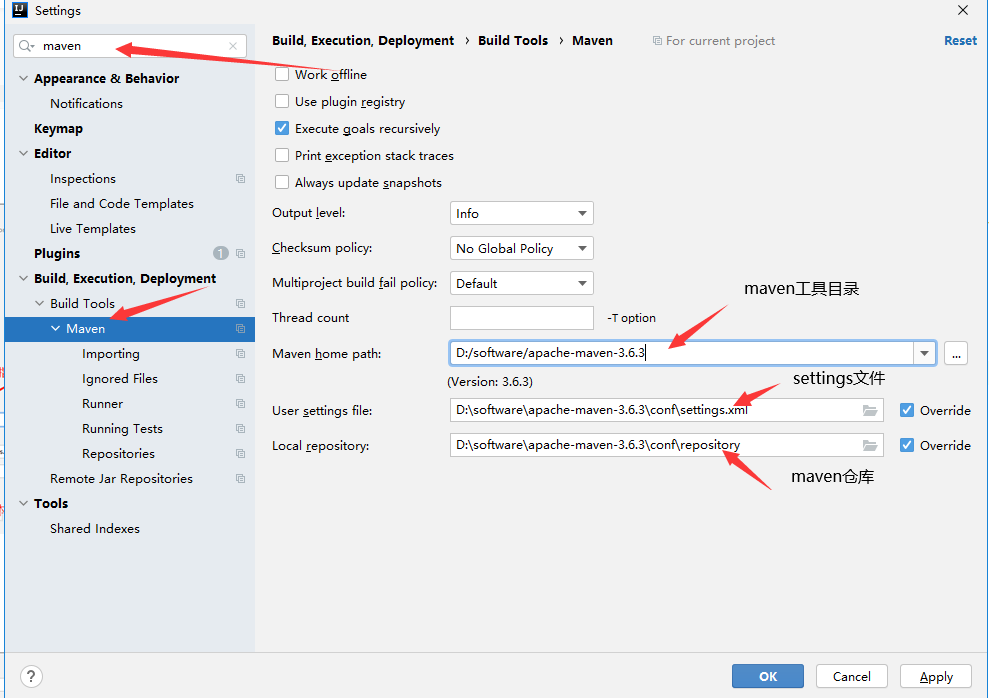 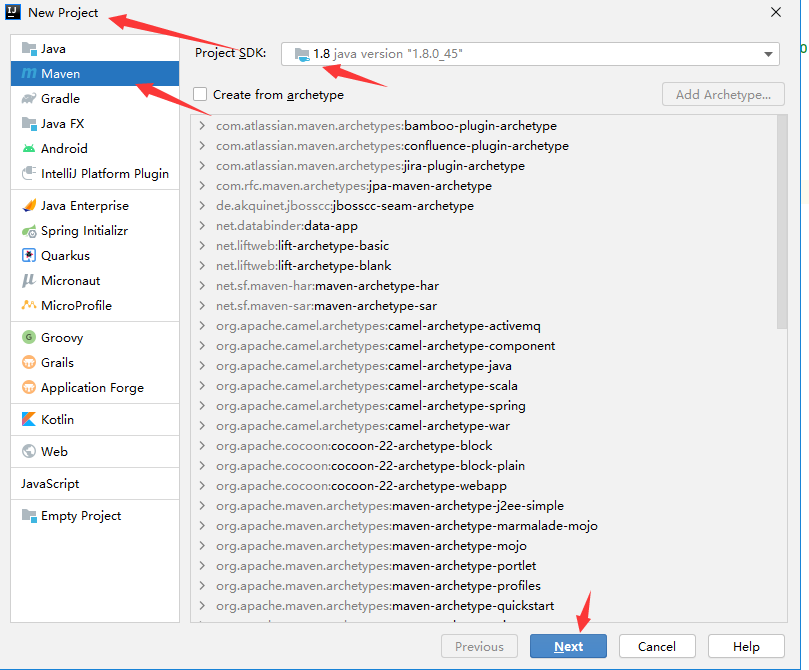 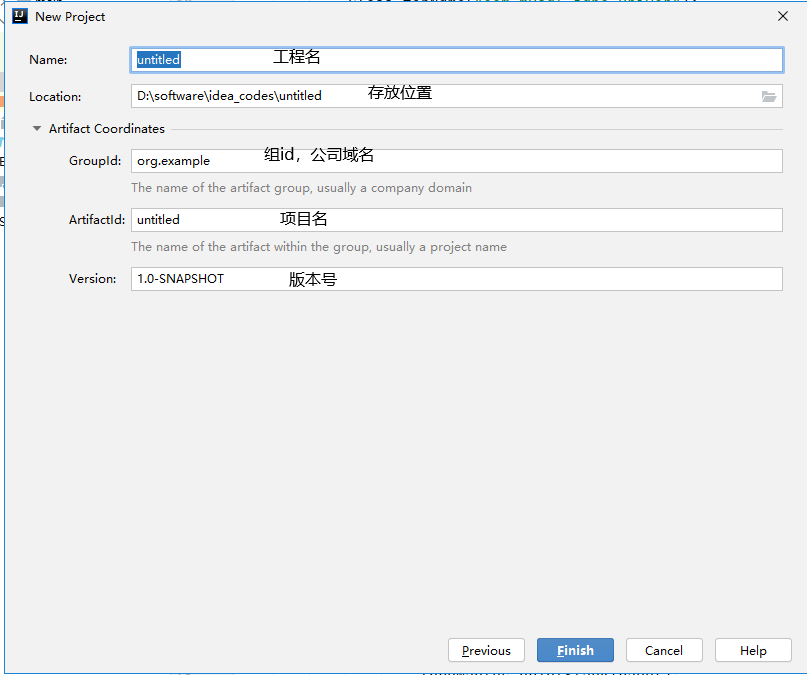 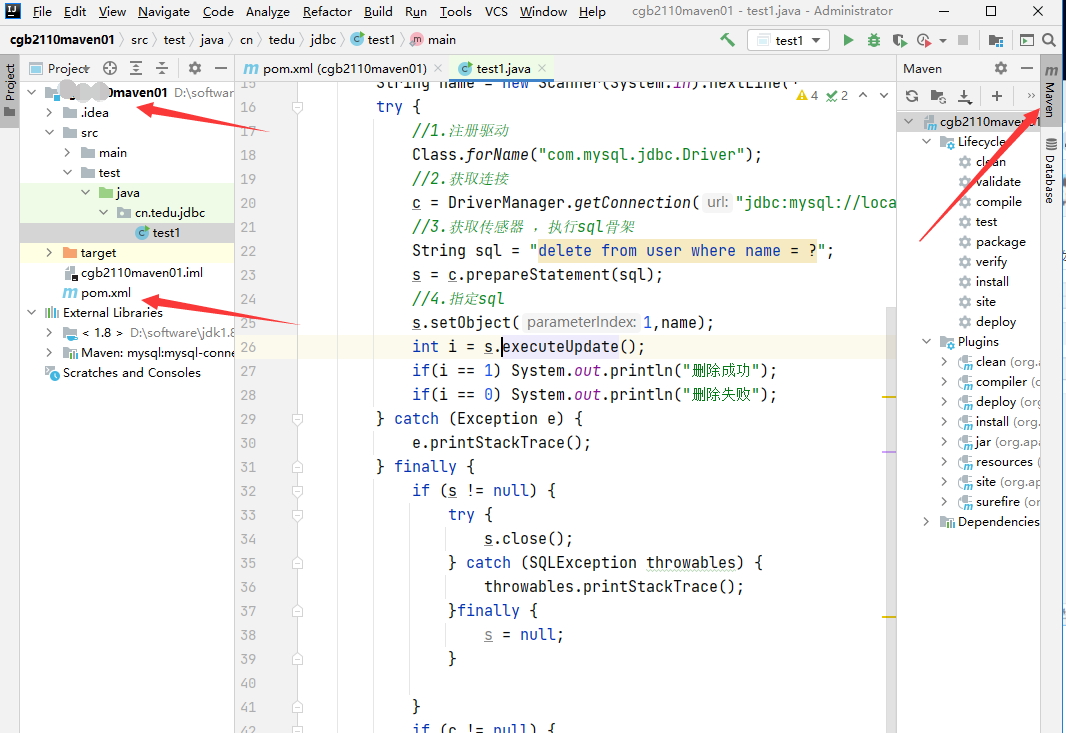 When using maven, if memory overflow is reported, for example, using mvn site will consume a lot of memory, modify the default configuration.

Copyright causes jar s not to be in the remote repository

Solution: manually create the directory structure according to maven coordinates, download the jar separately and put it into it

Remote warehouse is not only a foreign website, but also a target of public criticism. Where can I download it all over the world. Incomplete jar download is often caused by network failure:

In the worst case, an exception is downloaded, that is, pom.xml will prompt that there is a problem with the jar package. You can go to the maven local warehouse and the jar also exists. At this time, you can open the jar package to see if it can be opened. If it cannot be opened, it will be deleted and maven will be triggered to download again.

Note: maven is different from myeclipse/eclipse, and the maven plug-in of myclipse will call different versions of jar. There will be no lack of jars for business use.

The Maven command is actually a jar package. Before running, you must download the Maven plug-in. If it does not exist, it will be downloaded automatically.

Maven warehouse is the best way to live or die

Copy the configuration files and warehouses of students who have no problem with the environment.

Usually, in a project, we will rely on different modules of the same component at the same time, such as spring-orm-3.2.0 and spring-context-3.2.0, and multiple modules have the same version. In order to facilitate maintenance and upgrade, we can manage them at the same time. At this time, we can use Maven attribute, which is similar to the concept of variable.

Each Maven command is a jar, a maven plug-in. Download on first run.