Maven build project, how to build Java and Web projects in IDEA and how to run

The structure of the project is as follows:

See the following figure for details: 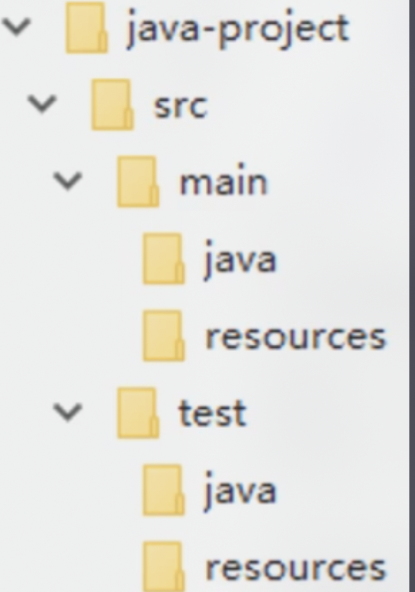 Just be familiar with the Maven project structure and understand it.

Create a new folder and cmd call out the console to enter it. Paste the following code,

When BUILD SUCCESS appears, it can be created successfully, as shown in the figure

Note: in this way, there is one less resources folder under the main and test folders, which needs to be created manually

3.4.1 change the setting of Maven local warehouse in IDEA

Open IDEA settings in the startup interface, find settings in Configure, click to search Maven, and change it to the following figure,

In this way, Maven in the IDEA will store all relevant resource files in the previously configured local warehouse, so as not to occupy Disk C space!

Tomcat server is required for web project execution, which can be found in https://mvnrepository.com/ Download the plug-in.